We get it about vodka; it’s basically the closest you get to pure alcohol before you start getting into drinks that are less liquor and more fuel for small engines or paint solvents. It’s easy to make, incredibly popular, and in what way does that excuse any of these ridiculous flavors?
1.Espresso/Double Espresso from Van Gogh
First things first, we know no Italian made this, which is probably why this brand is named after an insane French painter. The Italians have their own kind of alcoholic jet fuel, and they’d never waste a good espresso on this. Instead we’re left with the utter bafflement of a coffee-flavored vodka, where anything pleasant about the coffee flavor is removed.
Seriously, this is like making “bitter tasting vodka”. Why does this even exist? Who drinks this? Who makes a drink with this? Why not just put vodka in coffee? You’d get the same effect.
Oh, also, if the double espresso isn’t bitter enough for you, some company out there makes a triple espresso. 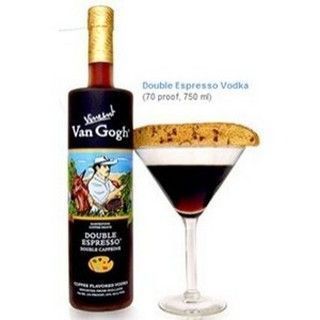 2.Bacon, from Bakon
Bacon is trendy right now. The joke is “everything is better with bacon.” So people wrap turkeys in bacon, cover bacon with chocolate, wear t-shirts that look like bacon, and in short generally make themselves look like thirteen year olds with no self control. Which your author, looming above you because he gets paid to write about cartoons and toys, is totally better than.
Anyway, somebody actually took this joke seriously and infused vodka with a bacon flavor. This seems like an absolutely awesome idea until you stop and realize that there is precisely one, count it, one drink that would benefit from this flavor, and that’s a bloody mary. Everything else is just rendered kind of disgusting; we don’t drink screwdrivers because they taste like breakfast. 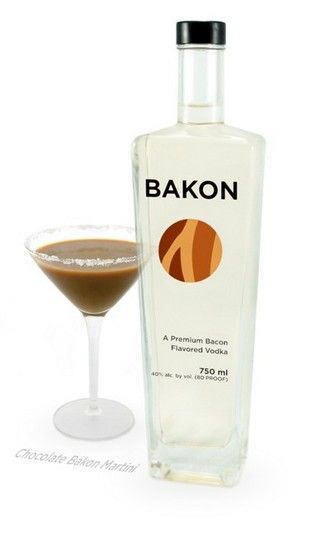 3.Bubble Gum, from Three Olives
You already know you’re in trouble when a vodka brand describes itself as “seriously fun” and “super-premium”. That’s like E! shows calling themselves “super new”. Adding “super” doesn’t make something good.
Apparently, Three Olives is English vodka, which they gloat about importing as if the English were known for their vodka. If they have to flavor it like it’s tasting like bubble gum, then maybe they should trade up. How’d the English start brewing vodka anyway, did they leave a batch of beer in the vat too long or something? 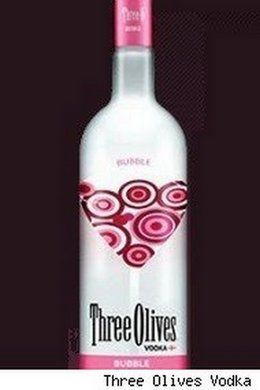 4. Bison Grass, from Bison
Bison grass is, well, grass. It’s what bison eat. The idea is that by adding a tincture of bison grass to the vodka, you get the smell, and presumably the flavor, of fresh-mown hay.
First of all, we question the idea of hay-flavored vodka. No. Just…no. We’re not horses. If horses start drinking martinis, well, then we need to stop dropping so much acid. Secondly, bison grass has a small problem in that it’s full of poison. Bison grass contains lots and lots of coumarin, which is the main ingredient in some rat poisons.
It’s been banned across the world as a food additive. Oh, and just to add to the stupid, it attacks…drumroll please…the liver.
So your vodka has a plant full of a poison that attacks the one organ a drinker really needs up and running. Great work, guys. Just…spectacular work. 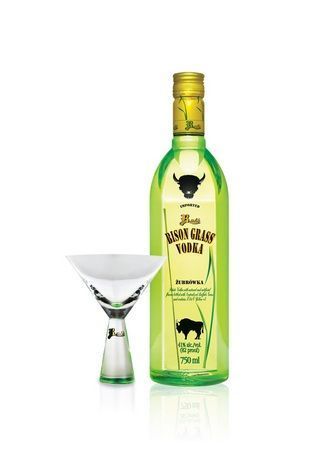 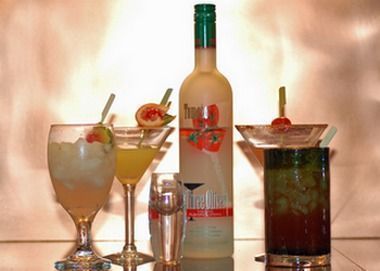 6. Butterscotch, from Pinnacle and Iganoff
You know, there really comes a point when you need to admit that you are not a hard drinker, that you enjoy froofy drinks, with the cherry on the sword and the little umbrella and the bright happy colors. It doesn’t make you weak or somehow a bad person. You just don’t like the flavor of alcohol very much, and that’s OK.
The reason we bring this up is that butterscotch vodka exists. Like, at all. Two distillers independently came up with the idea of dumping brown sugar and butter into vodka to make it more palatable to people. That’s…that’s just really sad. Admit it, you like the girly drinks. 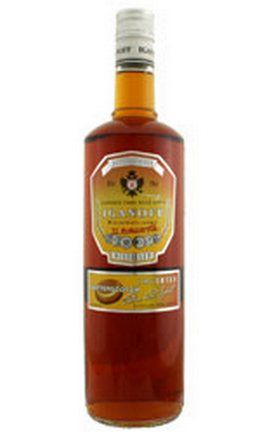 7.Lavender Lemonade, from Rain
Rain is an organic vodka company, so already you know we’re in danger. We are in the presence of hippies. They eat things that no man should eat. We’re lucky this vodka isn’t made out of tofu.
Anyway, lemonade isn’t such a bad idea for a vodka; after all, Bond gets his martinis with a lemon twist, so there’s something to be said for it. But Rain has to go just one step further and ruin it by adding lavender. Admittedly, it makes sense to a point: lavender and vodka both have calming properties. But, just…ewww. Come on, guys. Lavender belongs in soap. If we wanted to taste lavender, we’d drink Purell.

8.Buddha’s Hand, from Hangar One
What’s Buddha’s Hand, you ask? Surely they didn’t chop off an appendage of a major religious figure just to dump it in vodka! And they didn’t! You’ll just wish they did!
The Buddha’s Hand is a fruit found in, where else, Asia that has the distinction of being very bitter and also being mostly peel. Seriously, juicing one of these things is like trying to get the IRS to pay you back for anything.
So, let’s see here…bitter, hard to juice, rare…sounds like a vodka flavor to us! 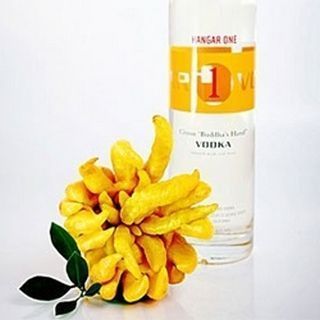 9.Rose, from Sputnik
OK, we know the Russians are drunks. We know they can’t afford vodka, so they often drink stuff that claims to be aftershave and other horrible, digestive-system-destroying garbage. But seriously? Rose-flavored vodka?
We really can’t imagine what drinking this stuff is like. At least Sputnik’s other flavors, horseradish and basil, have some basis in, you know, actual food that people voluntarily eat. But rose vodka? Rose? Seriously? Does drinking perfume really taste that good?

10.Root Beer, from Three Olives
Oh look, here’s Three Olives. AGAIN.
What is it with these people? Normally we’d say they must be the weirdos of the vodka world, but a quick scroll through this shows there’s no shortage of vodka insanity out there. Three Olives is either special or just that little bit more insane than the rest of the vodka producers.
We saved this one for last because we literally, in no way, can figure out why this exists. At all. If you want root beer flavored vodka, why not just mix vodka and root beer? What cocktail could this possibly enhance? Who drinks this crap? These and other question will remain unanswered in…the Twilight Zone.
Sorry, we had some of that bison grass vodka and now we feel just a little fu