Temple Run 2 out now on iOS, Android targeted for next week

Yesterday was the release date for Temple Run 2 on iOS, with the developers promising that the Android release will be following next week. While it isn’t a big surprise to see games releasing on iOS before coming to Android, at least there isn’t too big of a gap between releases in this case. There was just one small problem: even though Temple Run 2‘s developers said it will be coming to Android next week, they didn’t give a specific date, leaving many eager fans in the dark as to when the game would actually launch. 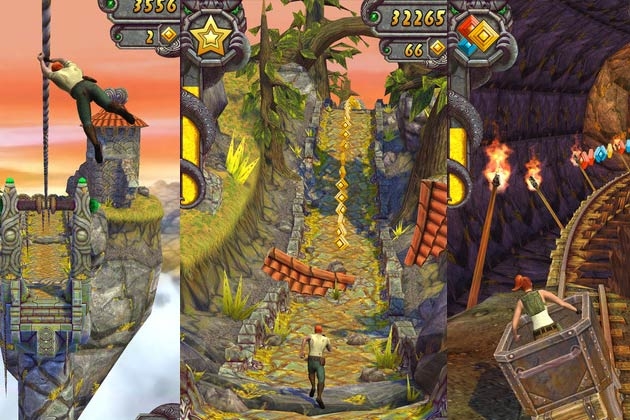 Wonder no longer, Temple Run faithful, because now we

have that release date. In a rather long interview with The Guardian, Imangi Studios revealed that the Android version of Temple Run 2 will be arriving on January 24. That’s exactly one week from today, so all of you Temple Run addicts don’t have too much longer to wait.
Expect Temple Run 2 to be a big hit when it lands as well, with our friends at SlashGear pointing out that the game has already reached the top of the free apps list on the iOS App Store. Considering the game has been available for about 12 hours, that’s a pretty impressive feat. It had to beat out apps such as Google Maps and Angry Birds RIO to get to that top spot, so we imagine the folks at Imagni Studios are grinning from ear to ear this afternoon.
Temple Run 2 will take pretty much everything you loved about the original Temple Run and make it better, perhaps most importantly adding an all new adventure. You’ll also have your choice from a handful of characters to play as, and new power ups have been added to help you through your never-ending journey as well. The game will of course follow in the original’s freemium footsteps, meaning it won’t cost a cent to download and play once it arrives on the Google Play Store next week. Who’s excited?