TCS directors among highest paid in desi IT sector 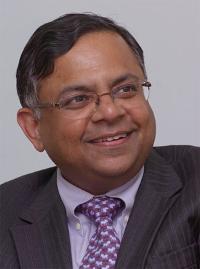 making them some of the highest paid in the IT industry. Executive directors at TCS were paid commissions ranging from Rs 95 lakh to a whopping Rs 2.5 crore, leading to a rise in their gross compensation package.

Comparisons on a total salary basis reveal that TCS CEO earned almost thrice his counterpart at Infosys. For example, for the last fiscal, N Chandrasekaran earned Rs 2 crore as commission — as a board member — against a salary of Rs 46 lakh and Rs 51.1 lakh of perquisites, taking his annual salary to almost Rs 3 crore.

On the other hand, Infosys’ MD and CEO S Gopalakrishnan earned Rs 1.01 crore as annual compensation for the fiscal to March 31, 2010. This included an annual salary of Rs 32 lakh, perks and incentives of Rs 61 lakh, apart from contribution to provident and other funds of just Rs 8 lakh. Of course, Infosys CEO also holds a stake in the company, being a founder.

The highest earning executive at Infosys last year was Ashok Vemuri, who heads Infosys’ US business. He earned almost Rs 4.88 crore, with an incentive of Rs 2.79 crore. BG Srinivas, head of European business at Infosys, who was last year top grosser is now relinquished to second spot with annual earnings of Rs 4.56 crore. HR experts explain the large difference in salaries of some executives.

“There is a variable element in most compensation structures whose benchmarks are the profits. But in the case of Infosys and TCS, size of the businesses vary at different divisions, so its not quantifiable,” says Sudhakar Balakrishnan, CEO, Adecco India. Of course, salaries in offshore locations can’t be compared to onshore because of different living standards. Says Kunal Banerjie: CEO, Absolute HR international: “The ratio of variable salary of top executives may range from 50% to almost 90% in many cases.”
You must log in or register to reply here.
Similar threads
Snails and snakes among items left behind by hotel guests
who is ur best frd among unp memebers?
its gud... MUST TRY i'm among 2%
Share:
Facebook Twitter Pinterest WhatsApp Link
Top