uba City, California: Authorities say a Sutter County sheriff’s deputy fatally shot a 72-year-old senior citizen on July 4, 2011. Witnesses said Jagtar Singh Kang, 72, was in rage with neigbors over using fireworks in front of his home. He was in car when he was shot to death Monday night about a half hour after dusk.
“I think that he was probably just fed up,” neighbor Tom Stinnett said.
Stinnett said Kang hated fireworks, especially the kind that were being used Monday night. 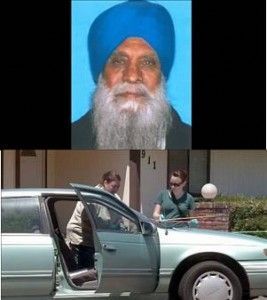 “There’s a difference between safe and sane and what type of fireworks they light over there,” Stinnett said.
Multiple yellow evidence markers in the 900 block of Mesa Verde were placed beside spent fireworks. Spent bottle rockets could be seen on rooftops.
The sheriff’s deputy, who was not identified, has been placed on paid administrative leave.
Because of the potential conflict, the Sutter County District Attorney and the state Department of Justice are conducting the investigation into the shooting.
Neighbors said Kang had lived there with his wife for decades.
Source: Mercury News, News10/KXTV
You must log in or register to reply here.