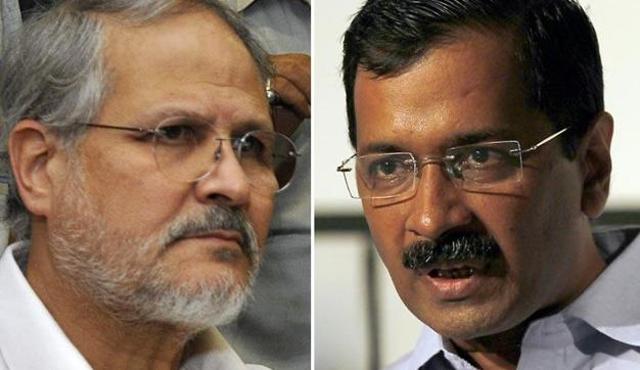 The Supreme Court refused on Friday to stay the Delhi high court’s verdict declaring the Lieutenant Governor (LG) the administrative head of the National Capital Territory, a move viewed as a setback to the Arvind Kejriwal government.
A bench headed by justice AK Sikri also declined to stop the functioning of a three-member panel set up by LG Najeeb Jung to scrutinise 400-odd files related to the decisions taken by the Aam Aadmi Party government without his concurrence.
The SC’s refusal to stay the August 4 high court order comes a day after the HC declared the appointment of 21 parliamentary secretaries illegal in the absence of the LG’s approval.
While issuing notices to the Centre and the LG on the government’s petitions against the HC verdict, the bench indicated that it might refer the matter to a larger bench. The top court said it will hear the six appeals filed by the AAP government on November 15.

The Centre questioned the affidavit accompanying appeals because it was signed by deputy chief minister Manish Sisodia and not a secretary, which is the usual practice.
Represented by a battery of senior advocates, including KK Venugopal, Gopal Subramanium, PP Rao, Indira Jaisingh and Rajeev Dhawan, the AAP government complained that the secretary concerned refused to sign the appeals/affidavits under the LG’s instruction, forcing the deputy CM to sign them.
“No public servant is willing to sign the papers,” Venugopal told the bench.
The AAP government told the apex court that its appeal was aimed at resolving the issue if an elected government could work independently. It said the LG had taken over the administration and he had tied the hands of secretaries.
On the other hand, the Centre found fault with the AAP government’s appeals in the top court. Attorney general Mukul Rohatgi sought dismissal of the appeals on various grounds, including that the deputy CM had sworn the affidavit in support of the petition instead of a secretary .
“This petition deserves to be dismissed on this ground alone,” Rohatgi said.
He said a nine-judge constitution bench had already dealt with this issue by holding that Delhi was a union territory and not a state.

The AAP government said the LG was the acting like an employee of the Centre and constituted the committee illegally. It took strong exception to the LG debarring it from hiring special counsel at an exorbitant fee, saying it was against the spirit of the high court’s order.
Earlier, the AAP government had told the apex court: “A piquant situation has emerged in Delhi due to the Delhi High Court’s August 4 judgement which had held that all decisions of the elected government have to get prior approval of the LG.”
It had said the verdict created an impression that all the bureaucrats are required to report only to the LG.
In an application filed before the SC, the Kejriwal government had urged the top court to make the LG a party to the case. It said the LG has been issuing orders that were affecting the day-to-day administration, which are under challenge. The LG was not heard in the high court.
The HC had on August 4 held concurrence of the LG in administrative issues was “mandatory.”

It rejected AAP government’s contention that the LG was bound to act only on the aid and advice of the chief minister and his council of ministers with regard to making of laws by the Legislative Assembly under the Article 239AA and termed it was “without substance.”
The HC had rejected all the contentions of Delhi government. It, however, agreed with its submission that the LG will have to act on its aid and advice in the appointment of special public prosecutors.​