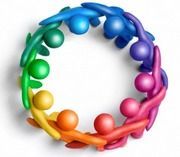 According to the recent statistics, movie streaming of Netflix is reaching its peaks by surpassing other peer-to-peer services, which has largely surprised Hollywood. In other words, this is most likely the 1st time in the history of the Internet as it is when the biggest part of its traffic is paid for. Or, at least that’s what claims the 2011 spring Internet traffic report made by Sandvine, a company offering to the largest Internet service providers such services as network management and development of measurement software.

According to the report, Netflix is currently accounts for over 22% of all broadband traffic of the United States, while BitTorrent’s, for example, only covers 21%. Moreover, at peak times, the streaming service can reach 30% of all Internet traffic, which makes it a huge leap from the figures stated last fall.

Nevertheless, the report in question only reflects the percentage of usage, but not the bandwidth. But even despite this, it is clear that streaming real-time entertainment is rapidly becoming the most popular thing, which includes the British royal wedding, “March Madness” NCAA basketball tournament, and even PGA golf tournaments.

In addition, the industry observers point at two more factors influencing the trend. First of all, the Internet traffic is quite cheap. For example, a streaming-only subscription offered by Netflix and covering all you can watch only costs $9 a month, while streaming a film costs Netflix from 2 to 10 cents. However, the licensing of the content is a separate issue.

The other factor indicated by the critics is that peer-to-peer file sharing, which is widely known for causing discontent of the rights owners, won’t just vanish overnight – moreover, it is not going to decline considerably. The only thing Hollywood can do to help this is to realize the advantages of rental and online streaming and change its business models.

Aside from the trend of streaming beating BitTorrent, the report reveals another thing which is obvious for many people for a while now, but what the entertainment industry refuses to believe in: the citizens of the United States have already embraced the future, which means that in the nearest time all information will be delivered via the Internet, and there’s nothing the entertainment industry can about this.​
You must log in or register to reply here.
Similar threads
Video: Gujarat BJP MP Vitthal Radadia Beat The Elderly Person
Karnataka beat punjab 2-1 to enter finals
Delhi survive Marsh blitz to beat Kings XI
India beat new Zealand in Junior Davis Cup
Knight Riders beat Royals by 8 wickets
Share:
Facebook Twitter Pinterest WhatsApp Link
Top