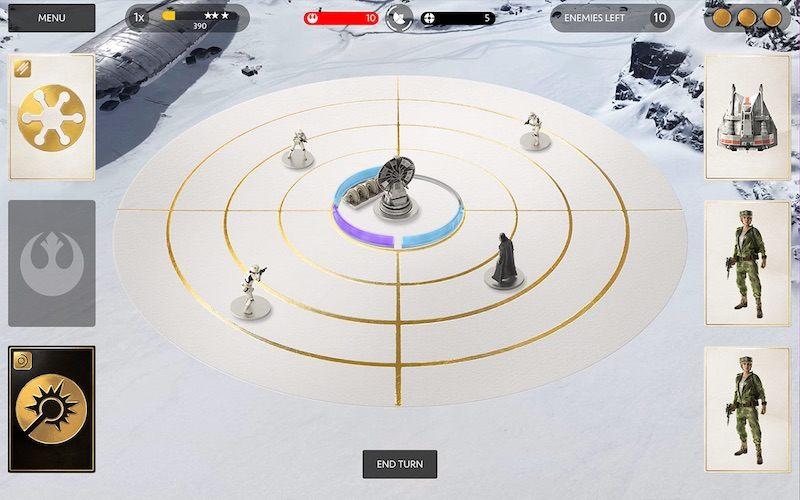 2015 seems to be the year of Star Wars. We've had a mobile game, an augmented reality app, a book, a new PS4, and even a range of laptops. Naturally it all leads up to the grand event that is the movie, Star Wars: Episode VII - The Force Awakens.

But for some of us, the grand event is on November 17 thanks to Star Wars Battlefront, a multiplayer first-person shooter from the makers of the Battlefield series, Dice, and published by Electronic Arts (EA). As is the case with most games from EA, Battlefront has a companion app for Android and iOS. It weights 76MB on Android and 60.70MB on iOS.

The Star Wars Battlefront Companion app allows you unlock items in Battlefront. This is possible through Base Command, a card collection game that lets you earn credits to unlock weapons and power-ups in Battlefront. You can also check out your progress and performance through the app. Also, if your friends are on EA's Origin online service, you'll be notified when they're playing Battlefront.

With Call of Duty: Black Ops 3 and Halo 5: Guardians already out and Rainbow Six Siege yet to come, Star War Battlefront has heavy competition. But for fans of first-person shooters, there hasn't been this much choice in the genre for a long time. Never a bad thing.
You must log in or register to reply here.
Share:
Facebook Twitter Pinterest WhatsApp Link
Top