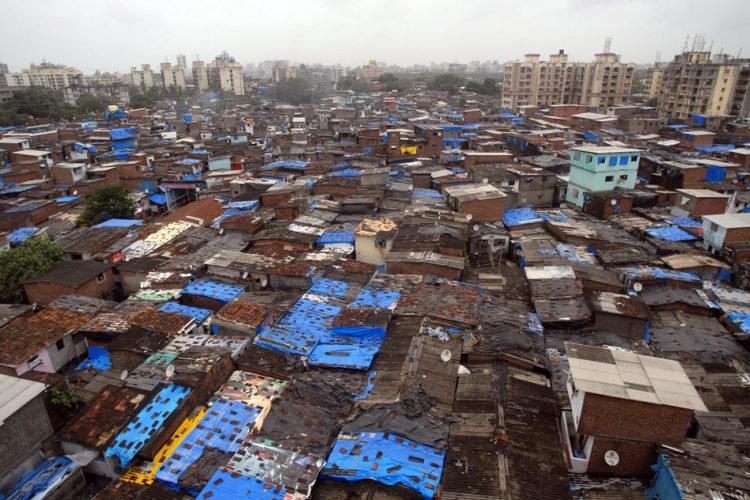 Cities in a word serve as ‘opportunities’ for the people stuck in areas lagging behind in social mobilisation, educational avenues and job opportunities. The promise of education, employment and health services drives scores of rural people to find a niche in the metropolitan and urban spaces. This wide scale migration of the public from rural areas to urban cities is urbanization which but due to the disorganized policies of the government has led to the growth of slums. Slums being the urban pockets of concentrated poverty, in-sanitation, and utter lack of basic amnesties etc are unfit for human sustainable development and settlement. The low-income sections of the society fail to access the progressive tide of the cities due to social inequality, financial constraints/ expensive or insufficient housing etc. and hence are forced to contend with the affordable but filthy living conditions of the slums. It is true cities harbour a highly competitive environment, where people have to fight for a reasonable rent, school, drinking water and not to mention the cut-throat arena of jobs; this puts a lot of pressure on the cities as urbanization increases at a fast pace. With time, however things should change but slums are still growing rather than being controlled; it either shows the intentional laxity or unintentional neglect of the city government to take immediate steps for a holistic effort.

Before venturing onto the cause and effect of urbanization vis-a-vis slums, it is to be understood that urbanization is a positive phenomenon which if harnessed and maximised can herald economic growth, welfare, and resource effectiveness. But as this transition is not tapped into or managed effectively due to the lack of vision, planning and infrastructure, it has led to the rise in slums. Also, slums cannot be solely marked as a ghetto infested with crime, pollution and violence as there is life in these areas which aspires to be empowered with a right to education, employment, sanitation and heath.

Undoubtedly a rise in urban population is a burden on the existing infrastructure; it puts pressure on procurement of basic services, land use, and the environment at large. When the burden is not calculated, and addressed in a coherent, collaborative and planned manner, the result is the spread of slums. Urbanization does not create slums; it is the disorganized urbanization which is at fault. How does a messy urbanization come into place and what challenges need to be highlighted so that Urbanization can spur growth than regression? Some of these are:

Neglect of immigrant influx: Generally, the migration of rural people is not incorporated into the urban policies and reforms. It is peremptory to realize that it is happening and will continue to, so policies and reforms should be planned and enforced than bypassed.

Channelizing the resources: Urban areas are prone to decay when overlooked in terms of basic services. Slums will happen if not rehabilitated by proper allotment of necessities such as clean water supply, toilets, electricity and other needs which are highly indispensable.

Lack of a Mandate: Growth of slums is also due to the obstructing regulations which do not allow for a speedy and proper settlement of rural people in the cities. Either this or there is lack of a provision or policy in place to deal with these matters. Hence the municipal authorities for instance are clueless or unable to deal with the situation and the people have to find illegal ways of finding accommodation etc. Once there is a legal directive on how to deal with urbanization, it can provide flexible regulation to the people and illegal or informal routes can be done away with.

A Gendered Domain: In the rural areas, women and girls are immobilised due to patriarchal traditions. They escape it by travelling into the cities for a better life. But due to gender based discrimination such as violence, lack of control, street harassment, abuse and unsafe living conditions, it becomes dangerous for women and girls to extract the benefits of urbanization as the men and boys are able to.

Breaking Social inequality and Exclusion: Seen as outsiders, aliens, even pests, no law or policy can mitigate the rise in slums unless the mindset of the people is changed towards slum dwellers. Once it happens, the rural migrants can be included and integrated into the mainstream.

It is sad to note that despite the enormous potential of urbanization, it is but a symbol of decay than progress. Urbanization carries with itself issues such as urban divide, urban poverty, and other matters which require immediate attention for immediate redress.

The term ‘Sprawl’ best identifies with situation of urban divide. Due to rise in urban population, the urban land gets segregated into a centre and a margin. The centre which is equipped with finest health service, education opportunities and well-built housing is populated by the wealthy and resourceful while the margins/fringes or the peripheral parts of the cities is housed by the poor and are mostly slum areas. Such a divide defeats the purpose for which rural people transfer to cities as even in the cities they are banished to the margins which lack basic services, safety, and are prone to human rights violation.

As can be witnessed in the current times, urban areas are not immune to poverty and have features which are rather worse than rural poverty. The cases of crime, violence, infectious diseases (high risk of HIV/Aids), and shocking unavailability of basic requirements of food, water and clean air along with inaccessibility of jobs, education and health care leave a question mark on the ignorance or neglect of the policy makers and authorities. What is supposed to offer a haven hence becomes a noxious dwelling of exploitation and violence.

Due to the lack of affordable housing for the low-income sections, people are forced to survive in the slums. Municipal authorities are generally lacking in the resources and planning to provide basic infrastructure to the rising urban pollutions. Even if resources are available, they are channelized to favour the wealthy hence carrying on the vicious discrimination of the poor in terms of shelter, education and basic needs. The housing which is made available to the low echelons of the urban population is generally not equipped with an effective sewerage system or drinking water supply; houses are prone to dilapidation due to cheap construction etc and other factors can be cited which worsen than resolve the demands of urbanization. Hence diseases are rampant and epidemics, child mortality, etc are a common occurrence in the slums.

Have you heard about the whack-a-mole policy where you might strike down a mole coming out of the ground, hoping the menace has been ended but it finds a new hole to emerge from? Such a policy is hence only temporary and does not guarantee lasting effects. In the similar way, it is generally thought that by demolishing or relocating slums, the problem will be resolved, which is however not the case.

Removal of Slums or Evict the Slum Dwellers

Two things should be noted here. Slums might start in illegal lands and the slum dwellers ought to be evicted as they do not have any legal sanction to stay in that particular land. But doing so, deviates from the question that slum is a social issue which by its removal will not serve to highlight or solve the cause that creates slum in the first place. It is a bad strategy at dealing with the problem, as it blames the slum dwellers as criminals than exposing and correcting the messy policies, planning and biases which create slums and fuel them.

Again, it will be wrong to slam these approaches as ineffective. What is required is brainstorming and applying an approach by careful consideration of the area for which it is meant to be. All slum areas should not be seen as requiring one approach. This generalization should be avoided. One area might require a policy different from the other, and hence it is important to take into the consideration the voices of the slum dwellers, integrate them, and include them than exclude them while framing policies to ensure an orderly urbanization than a cluttered one.

In this strategy too it is wrong to think that by mere relocation, the problem of slums can be solved. Why slums are created? Ask this question and one can know that in order to access job and a better life, rural sections of the society tend to find housing close to an industrial hub. But as the housing nearest to the industrial centres or work areas is expensive or not available, they are forced to live in slums. By relocating the people to areas which might be cheaper or better, the problem will not be solved. These people migrated from long distances

to reach cities and if in the cities they are housed in the fringes of the city, they are clearly not better off. Once these and many questions are diligently worked out than rushed into, the solution can serve long term goals.

An Initiative towards Organized Urbanization

United Nations Habitat group is based on the premise of harnessing urbanization and believing that a sustainable human settlement can be manifested. Its primal objective is to ensure “cities without slums”, and in its manifesto it has underlined steps which governments must abide by to ensure ‘urban planning, city management, infrastructure development, and slum upgrading and poverty reduction’. The aim is to warrant a holistic outlook into urbanization and enforcing every effective way possible to provide a safe, clean and productive environment for all. Upgrade the slum is also pitched as a reliable approach to work in this direction with its focal grounds being: Modern sanitation, Sewerage system. Solid waste management, Health care, Water supply, Electric supply, and Affordable housing etc.

The need of the hour hence is to know urbanization is happening, to recognize the rural migration to urban areas, to accommodate the low-income groups and ensure that social inequalities, biases and elitist discrimination does not sabotage the profits of urbanization in the growth of the country as a whole.​
You must log in or register to reply here.
Similar threads
The Woman Who Quit Her European Job For Taking Care Of Slum Children In India
World’s First ‘Slum Museum’ In Mumbai
Pakistanis Brutally Roast Science Minister as He Taunts India over Chandrayaan-2 Setback
Heavy recession ahead in india
Where to buy Punjabi Music CDs in India ?
Share:
Facebook Twitter Pinterest WhatsApp Link
Top