Recently many reports appeared talking about the weird creatures, the so-called skyfish. It remains unclear whether the animals are fish, birds or worms. 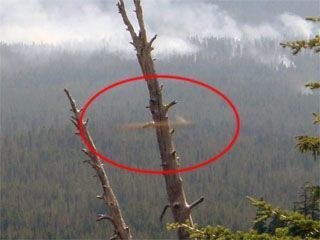 The mysterious beings have long worm-like bodies with wide projections on their sides (like those of fish). The trouble is, they don’t live in water – they live in the air.


​
No one has come up with a decent name for the animals as of yet. Some suggestions include “flying sticks,” “solar entities,” and “skyfishThe first time skyfish was photographed ten years ago by a film director Jose Escamilla. He originally thought that it was a UFO but then he realized that it was some living thing moving at a very high speed.

He began studying them and realized that the animals invade the space everywhere. Besides he discovered that the creatures began reproducing at a much faster rate as a result of the global warming.

Without a specimen in hand to examine, it's impossible to determine whether or not skyfish are living organisms, but it's Escamilla's best guess that they are.

Skyfish have only been captured on film and videotape. No one knows what they are, where they come from, but there are already specialized people – the catchers of skyfish, who mainly live in Japan.

They say that their hobby is not very safe: the animals are terribly poisonous during the fall season. In Japan the skyfish are extremely fast and fly at 300 km/h.
Analysis of film and video of skyfish from around the world indicate that they might range in size from just a few inches to perhaps over a hundred feet in length! How could something that large be unknown? That’s the essence of the mystery.
Source: agencies
Last edited by a moderator: Feb 6, 2012