Shah Rukh Khan has given eidi to all his fans this Eid Al Adha by posting a picture of his son AbRam on Twitter.

Shah Rukh Khan surprised his fans by posting a cute picture with his son. In the picture, Shah Rukh has AbRam in his lap and while SRK gives his son a cuddle, AbRam stares into the camera.

AbRam was born on May 27, 2013 but no image of him has ever been released to the media. 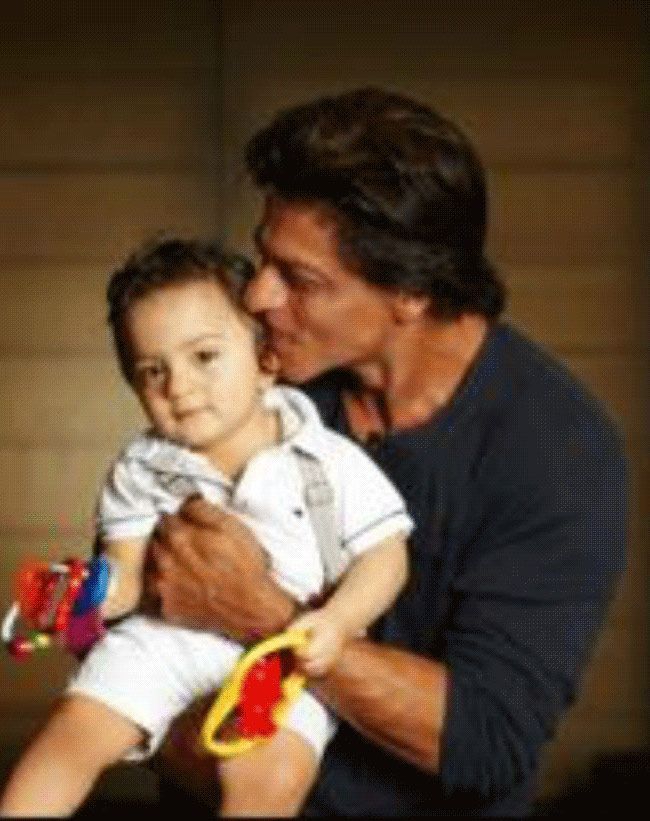