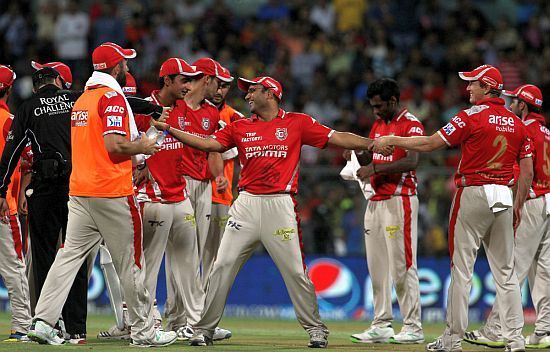 Asked to bat first, Kings XI posted a handsome 226-6 and then withstood Suresh Raina's onslaught to restrict Chennai for 202-7, at the Wankhede stadium, on Friday night. 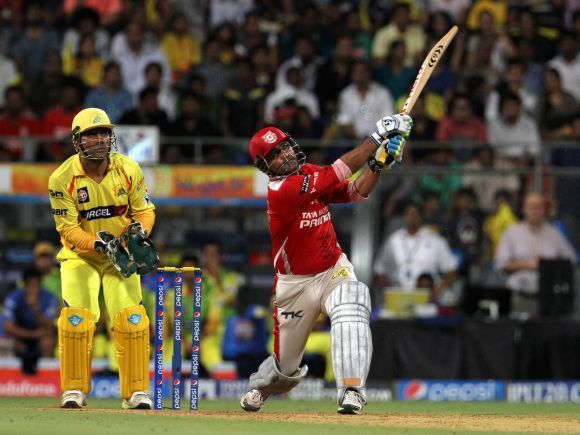 The openers made their intentions clear with a boundary each in the opening over of Ashish Nehra.

The duo then tore into Ishwar Pandey, Vohra smashing two sixes, and Sehwag two boundaries to make it a 24-run over.

Sehwag then attacked Nehra again as Kings XI reached the 50 mark in the fifth over itself. 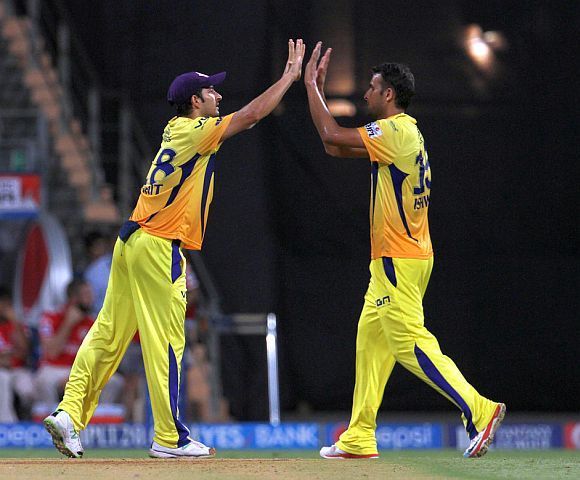 Ishwar Pandey, however, did provide the breakthrough as dismissed Vohra for 34.

The batsman top-edged a short ball from Pandey and was neatly taken at mid-wicket by Raina.

Glenn Maxwell came in and hit a boundary and six before he was caught in the deep by Raina off Ravichandran Ashwin.

David Miller, who too is in good form, got going immediately, hitting consecutive boundaries off Ashwin, as Kings maintained a good tempo. 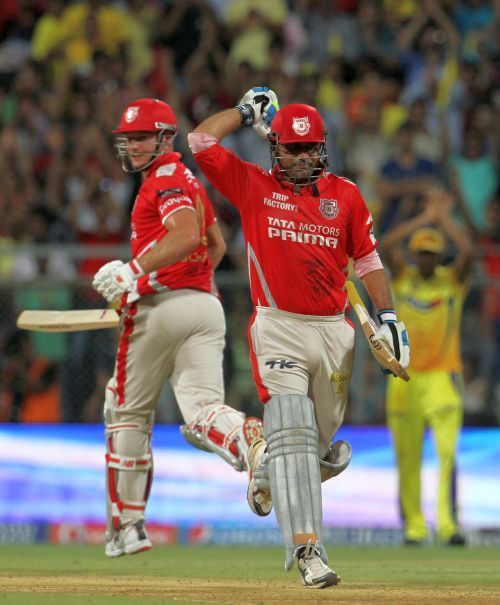 A single off Ishwar Pandey gave Sehwag his first ton in this IPL season, off just 49 balls.

The second Indian to score two centuries in the IPL, Sehwag then opened the floodgates with a boundary off Pandey.

Miller attacked Mohit Sharma, sending him into the stands and then managing a couple of boundaries off Chennai’s most successful bowler.

Shewag attacked left-arm spinner Ravindra Jadeja, smashing him for twin sixes and a boundary as Kings XI stepped on the pedal.

Sehwag was finally dismissed by Ashish Nehra, as he was caught brilliantly by Faf du Plessis at covers.

Kings XI then lost steam as Miller was run-out for 38. 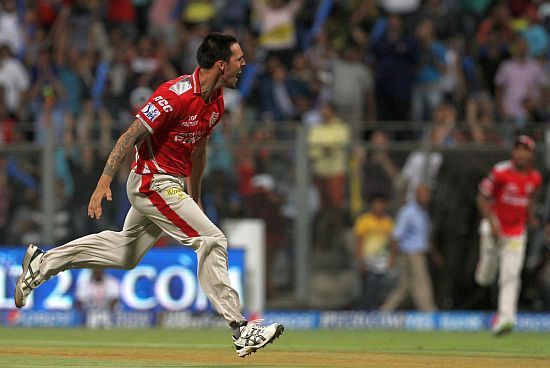 Chasing a mammoth 227 for victory, Chennai were off to the worst possible start, losing Faf du Plessis off the second ball of the innings.

Du Plessies, clearly feeling the pressure of the big score, skied one and was neatly taken George Bailey at mid-on.

Suresh Raina came in and immediately went on the rampage. He smashed Kings XI's best bowler of the tournament, Sandeep Sharma, for three boundaries and six. 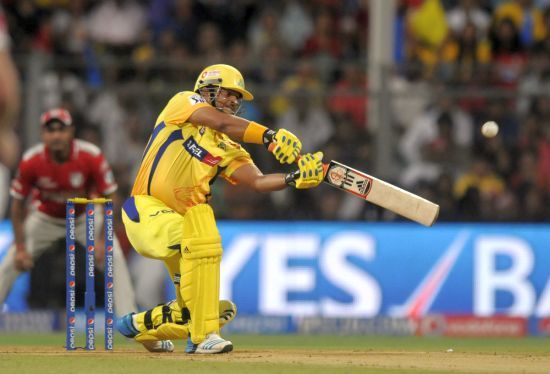 Raina continued his attacking spree as Parvinder Awana was dispatched for twin boundaries.

Such was his hitting prowess that he dispatched a low full toss from Mitchell Johnson into the second tier of the Wankhede.

He completed a 16-ball half-century with a massive six off Sandeep Sharma. This was the second fastest 50 of the IPL.

Meanwhile, Sandeep castled Dwayne Smith, who looked out of sorts for the big game.

Raina then tore into Awana by plundering 33 runs off the over, which included two sixes and five boundaries.

Chennai put up 100 runs in just six overs, and Raina had scored 87 of those off just 25 balls. 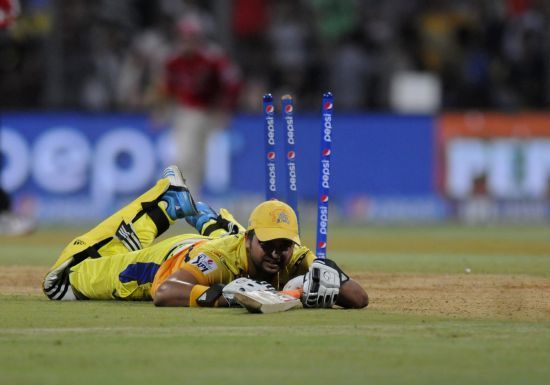 After the strategic time-out, Kings XI struck gold, courtesy off a run-out.

Brendon McCullum, who was looking to get off the mark, dropped one and took off.

A slight misunderstanding gave George Bailey enough time to pick and throw the stumps down, with Raina short of his crease.

Ravindra Jadeja, who was promoted up the order was under pressure, considering McCullum was still struggling in the middle.

He hit leg-spinner Karanveer Singh for a six and boundary.

McCullum too was victim of a run-out. But this time he brought about his own downfall by being lazy to a rocket throw from Glenn Maxwell.

Jadeja departed in the next over as he skied one to Johnson off Awana.

Awana struck again as he removed David Hussey in the same over after the Australian hit one to short cover for 1.

Kings XI by then had sealed the game as Chennai struggled to get boundaries and even Mahendra Singh Dhoni was bogged down by some tight bowling.​
You must log in or register to reply here.
Similar threads
Virender Sehwag Retires From International Cricket and IPL
No Sehwag. No Gambhir. No Yuvraj. No Harbhajan. No Zaheer
Since joining centuries by Sehwag disclosed
Vintage Sehwag revives old memories
Virender Sehwag hits century to guide MCC to a six-wicketwiN
Share:
Facebook Twitter Pinterest WhatsApp Link
Top