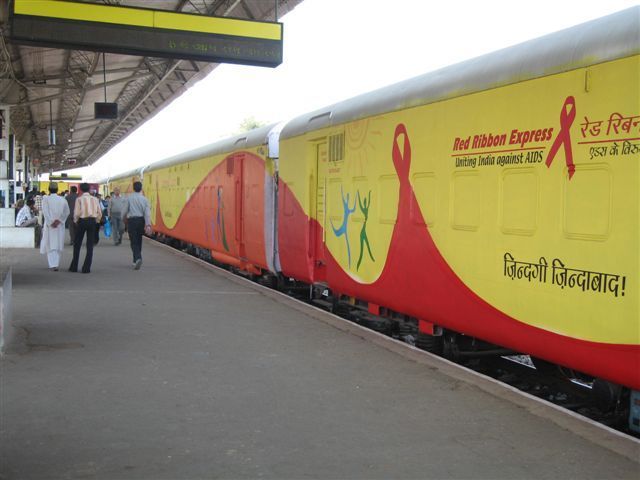 With the arrival of the Red Ribbon Express to Chandigarh Station, the records show that the Express has received 34,621 people in the three days it was stationed there. People from all walks of life thronged the railway station to get a glimpse of the unique train. The aim of this Campaign was to create HIV/AIDS awareness.