Raaz Reboot hasn’t leaked, it was a bogus file we uploaded: Vikram Bhatt 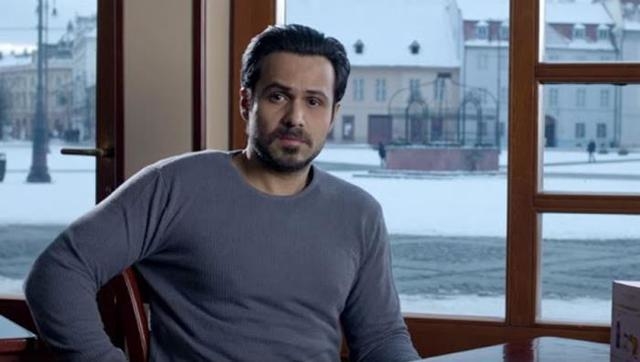 Only the Bhatts can think of something like this: In an era when small and big filmmakers alike are threatened with online leaks of their films before the theatrical release (Udta Punjab, Sultan and Great Grand Masti being recent cases in point), Vikram Bhatt and team decided to upload a ‘bogus file’ in the name of their upcoming film Raaz Reboot and monitor the number of downloads on torrent sites!

A day after reports of the Emraan Hashmi-starrer being leaked online, filmmaker Vikram Bhatt has issued statement refuting the rumours and saying it was a bogus file released online in the name of the film in a bid to warn miscreants. Bhatt has said the filmmakers uploaded a 17-second file and named it as Raaz Reboot film. “It (Raaz Reboot) is not really leaked. We put in a bogus file because we know what’s been happening for the past few films, and we have understood that.”
Claiming that torrent showed 5,000 downloads of the file, the director said, “5,000 downloads of a film which was not even ‘Raaz Reboot’. So this is how Torrents is destroying the business. Now this (planting a bogus file) is our way of warning those people to stay away from our content. So, no, the film has not leaked,” he said.

It was reported that the fourth instalment of the popular Raaz franchise, helmed by Bhatt, has been leaked. The news of its leak went viral online on Tuesday night, with lead actor Emraan Hashmi urging his fans to avoid watching the leaked version.
Mahesh Bhatt, producer of the film, also shared the file on his Twitter page Thursday morning.

Vikram said a film’s leak damages its box office potential. “Great Grand Masti is an example of how terribly the business got affected. So, of course, a film after it has released, when it leaks online, it damages business. So you can imagine for a film that has not even released,” he added.
What action can be taken against online leaks? “Ultimately, I think it is robbery, stealing. It is stealing someone’s hard work... I would just tell people that guys if you aren’t going to steal cars and money, then why do you go to steal someone’s work on the torrent?”

“I would just appeal to people’s sense of goodness because I don’t think there is any law on the digital space. It is very difficult to police that space,” he said.
Recently, the censor board copies of films like “Udta Punjab” and “Great Grand Masti” were leaked online. “I don’t think that the censor board is leaking copies. I know I have an ongoing fight with the censor board, but that doesn’t mean that I am going to stand up and say that ‘Censor Board leaked the copy’. That’s not true,” Vikram said.

“What I would like to add is that watch films in the theatre and if you decide not to watch them, then don’t watch them. But do not download,” he said.
Raaz Reboot features Kriti Kharbanda and Gaurav Arora apart from Emraan. The film will release on Friday.
You must log in or register to reply here.
Share:
Facebook Twitter Pinterest WhatsApp Link
Top