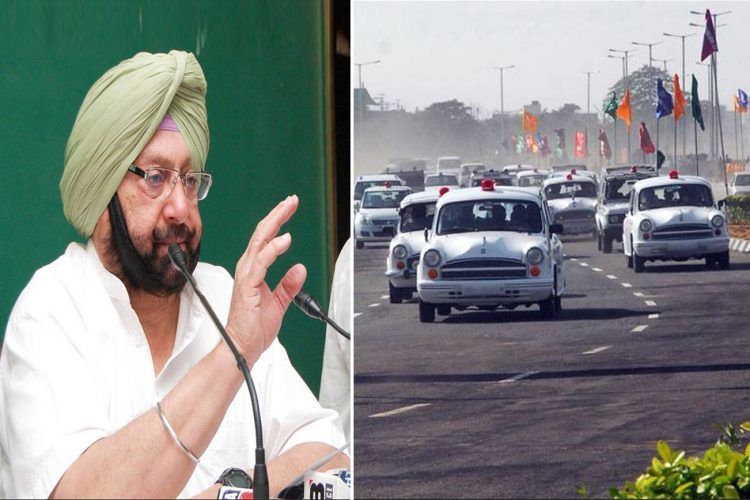 In India, the VIP culture of securing passage on busy roads has become a common practice, and when red beacons on vehicles and heavy protection by security guards become a status symbol which comes at the cost of the dignity of the ordinary citizen, there is reason enough to challenge the idea. Recently, the elected cabinet of Punjab has induced an exceptional decision to take on the VIP culture in the state. 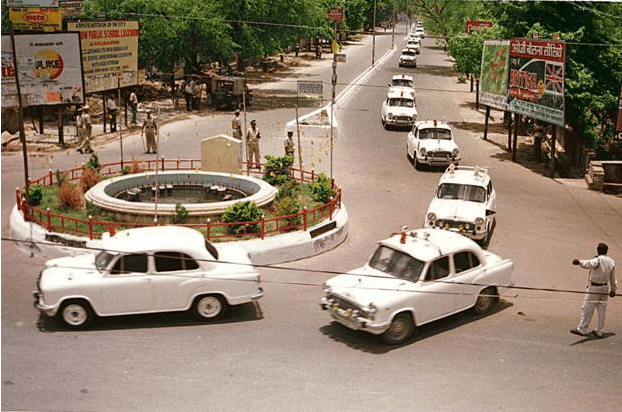 At the maiden meeting of the Punjab Cabinet held on 18 March 2017, Chief Minister Captain Amarinder Singh has decided to get rid of the state of VIP culture.

According to the official spokesperson on Facebook, all beacon lights to be abolished from vehicles of ministers, MLAs, bureaucrats, and other officials at the state government. The protocol of laying the foundation stones and inaugurations by legislators and ministers would be clearly defined and laid down.

Here is the highlights of the decision taken by Punjab government against VIP culture:

Red beacon lights on all vehicles in Punjab, except emergency hospital /ambulance/ fire brigade vehicles, the vehicles of CM, the Chief Justice and Judges of Punjab and Haryana High Court, would be abolished.
Foreign travel of all the ministers, MLAs and officials at state government expense would be banned for two years except in cases where it so mandated or provided under any bilateral arrangement or agreement.
Reimbursement of Medical expenses including foreign medical bills of all MLAs, Ministers, ex-Ministers and the Chief Minister would henceforth be ensured through medical/health Insurance, minimising the financial burden on Government.
Salary/allowances/reimbursements received by all MLAs would be updated every month on the official website and would be made available to the public.
All MLAs and MPs would declare their immoveable properties on 1 January every year and for the year 2017-18; they would do so by 1 July 2017.
The protocol of laying foundation stones and inaugurations by legislators and ministers would be clearly defined and laid down, ensuring respect for all citizens. Foundation/ inauguration stones would henceforth be laid only by the President of India, Vice-President of India, Speaker of Lok Sabha, Union Cabinet Ministers, Chief Minister, Speaker of Punjab Vidhan Sabha and the State Cabinet Ministers.
No state banquets or dinners would be held (at government expense) except in honour of the President of India, Vice-President of India, the Prime Minister of India, Speaker of Lok Sabha, State Governors and the visiting foreign dignitaries.
The District Administration would function as normal even on the visit of CM / Ministers. Any official required by the VIPs would make himself available with the prior written permission of the appropriate authority. The Government officials would not seek resolution of their grievances if any, directly at the political level except with the prior appointment and permission of the competent authority.
How the system is being misused and causes inconvenience:

There were some instances when ministers, elected public representatives and government officials took an advantage of VIP culture by delaying flights, trains and disrupting traffic which caused inconvenience to the ordinary citizen. Often ambulances are being stopped at Signal to give passage to the VIPs. Getting roads blocked to get priority passage, flashing red lights, having armed guards waving guns and blow loud sirens have become everyday status symbols of VVIP power. Every MP and MLA is guarded by an average of three police personnel at the taxpayer’s expense.

Criminals who do not follow laws, use red lights, committing offences because police officials do not check such vehicles.

Earlier, the Supreme Court made it clear that red beacon lights on vehicles can only be used by people listed as ’high dignitaries”, that too, only when they are on duty.

However, the term ”high dignitaries” is undefined under Motor Vehicle laws. The apex court also instructed the Parliament to come up with new laws for the imposition of ”adequate” and “deterrent” penalty in case of misuse and ordered the state governments to revise their lists of high dignitaries.

“The use of red lights on the vehicles carrying the holders of constitutional posts will in no manner compromise with the dignity of other citizens and individuals or embolden them to think that they are superior to other people, more so, because this distinction would be available to them only while on duty and would be co-terminus with their tenure” ruled court reported by Indian Express.

It also said that “The men in uniform; operational agencies which require unhindered access to the roads for performance of their duty; those engaged in emergency duties such as ambulance services, fire services, emergency maintenance, etc., and police vehicles used as escorts or pilots or for law and order duties shall not be entitled to have red lights but lights of other colours, e.g., blue, white ,multi-colored, etc.”

Why VVIP culture must stop?

India’s VVIP culture is the outcome of a colonial mindset. Such a culture must end to improve the country’s security, to save human lives and properties in cases of emergency and can help assuring equality among everyone in the country.

The decisions taken by Punjab CM set an example for the other leaders of the nation. Earlier, the Aam Aadmi party had announced that it would exterminate the VIP culture in Delhi and has kept its promise. Following footsteps of Delhi, Punjab has also taken some concrete steps against VIP culture.
You must log in or register to reply here.
Similar threads