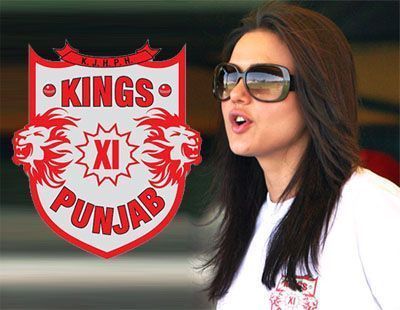 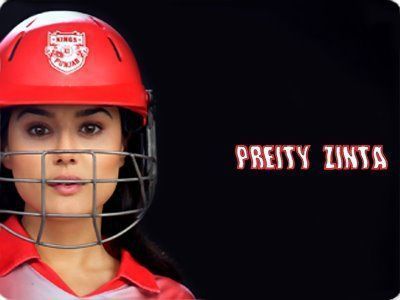 With the world caught up with football fever, and cricket controversies taking a back seat, the first group of investors has decided to quietly bail out of the Indian Premier League.

Following doubts being raised over the conduct of the fourth season of the IPL, Kings XI Punjab this week sent an application to the Board of Control for Cricket (BCCI) to sell the franchise.

Well placed sources in the Board told this newspaper that the consortium owned by Preity Zinta, Ness Wadia, the Burman brothers, Gaurav and Mohit, Karan Paul, and Aditya Khanna, has sought permission to sell ninety-three percent of the franchise to London-based private equities firm, ISIS.

At this point it's not known who ISIS is acquiring the franchise for. In the past, names of Malaysian energy giant Petronas and Indian electronics company Videocon have been associated with the sale but nothing has progressed beyond rumours.

The only familiar face from among the owners who'll continue her association with IPL is Preity Zinta; she is retaining 7 per cent of her current twenty-three percent stake.

Sources close to the development revealed that Preity, who put aside her Bollywood career to focus on the business, is keen to be associated as brand ambassador for Kings XI.

Sources pegged the sale in the vicinity of $250 million, which, if true, would mean a 230 per cent profit for Zinta and company. They had acquired Kings XI in 2008 for $76 million (approximately Rs 357 crore).

While the new commissioner of the IPL, Chirayu Amin, had made it clear last month that no fresh deals would be allowed to go through until the tournament and the franchises got a clean chit from the Income-Tax department following the series of raids in their offices in April, a top Board source said they were no longer opposed to the idea of teams selling if suitable buyers were available. "The matter (of Kings XI sale) will now go to the IPL governing council for final approval. They will have to whet the deal, and see there is no problem," said a top BCCI official, who asked not to be named.

When contacted, BCCI President Shashank Manohar said from Nagpur: "Professor Ratnakar Shetty is looking into the matter." Shetty, however, was not available for comments. If the deal is approved, it could bring some calm into the nervous world of the IPL, where questions are being raised about the viability of the tournament's fourth season.

A couple of franchises have, in fact, suspended all IPL-related expenditure in the off-season because of the uncertainty, preferring to wait and watch.

When asked about the deal, Mohit Burman said from London: "We're talking to a lot of companies. Things are close to being finalised." Asked specifically about ISIS, he declined to confirm or deny.

While ISIS's Leanne Metcalfe had denied in the past that her company was involved in the deal, she could not be reached on Thursday despite several attempts. Likewise Preity Zinta whose phone remained out of reach all of Thursday.

KingsXI Punjab had been bought by KPH Dream Private Limited in the IPL's first auction in early 2008 for $76 million payable over ten years.