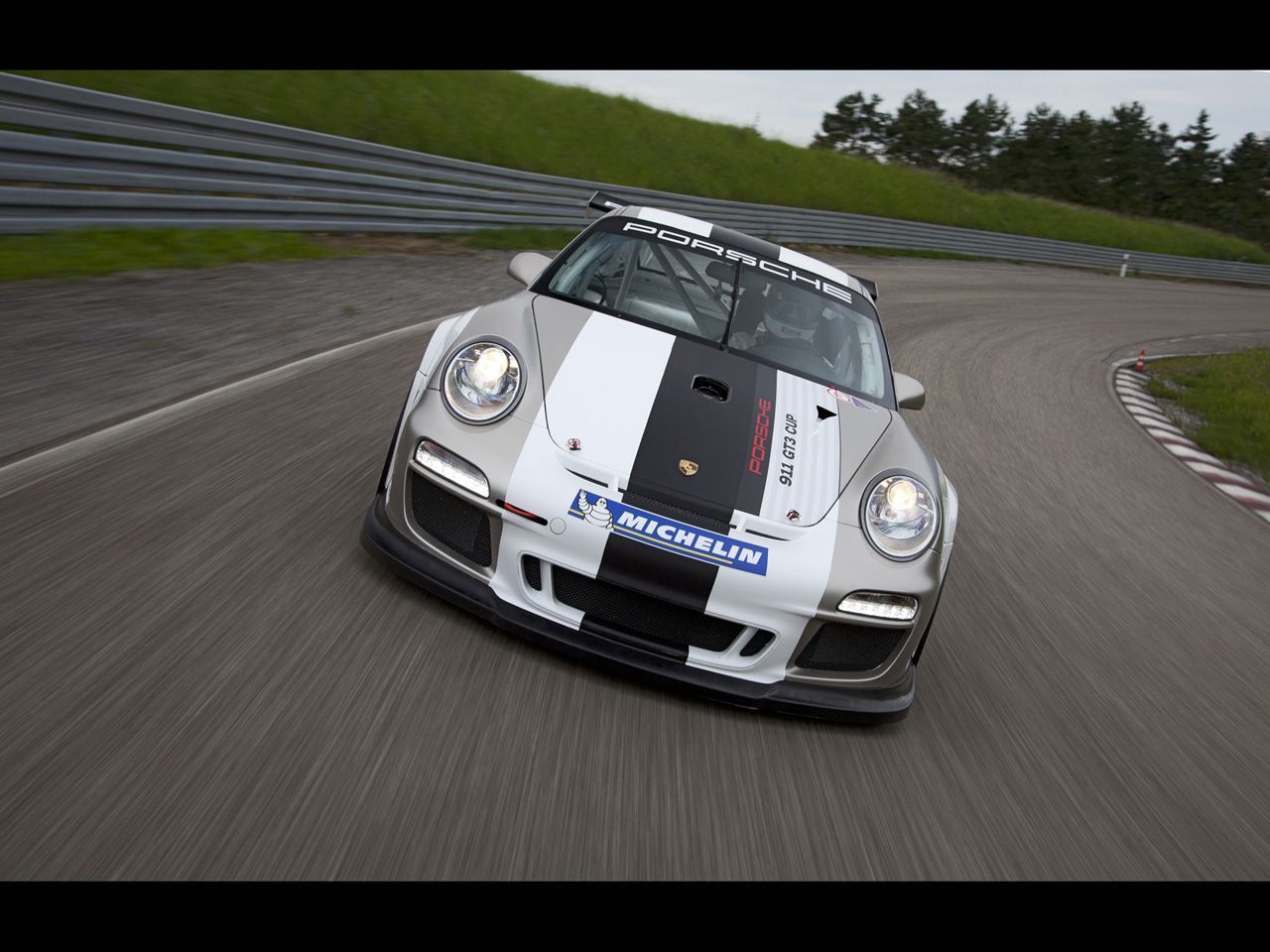 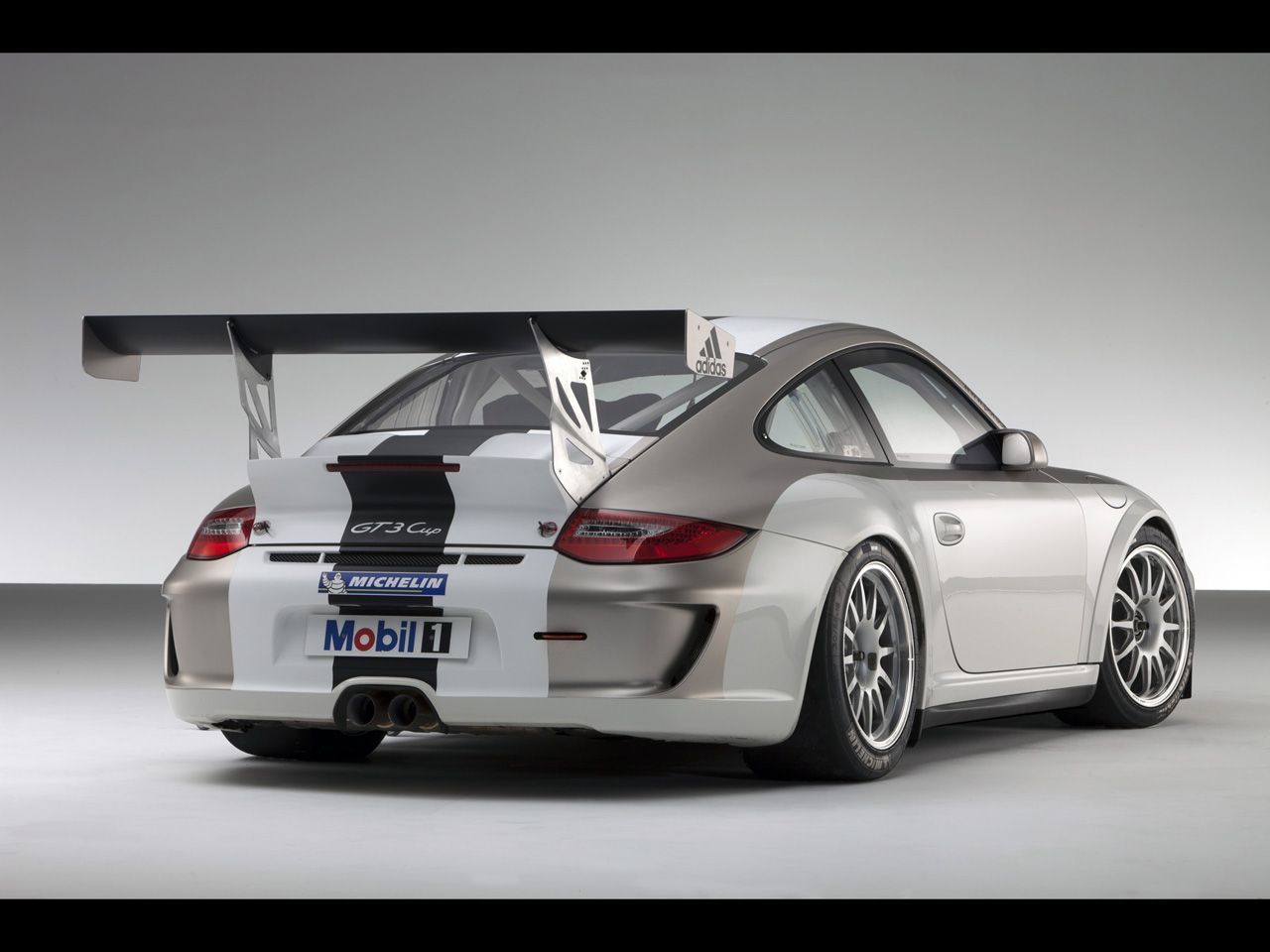 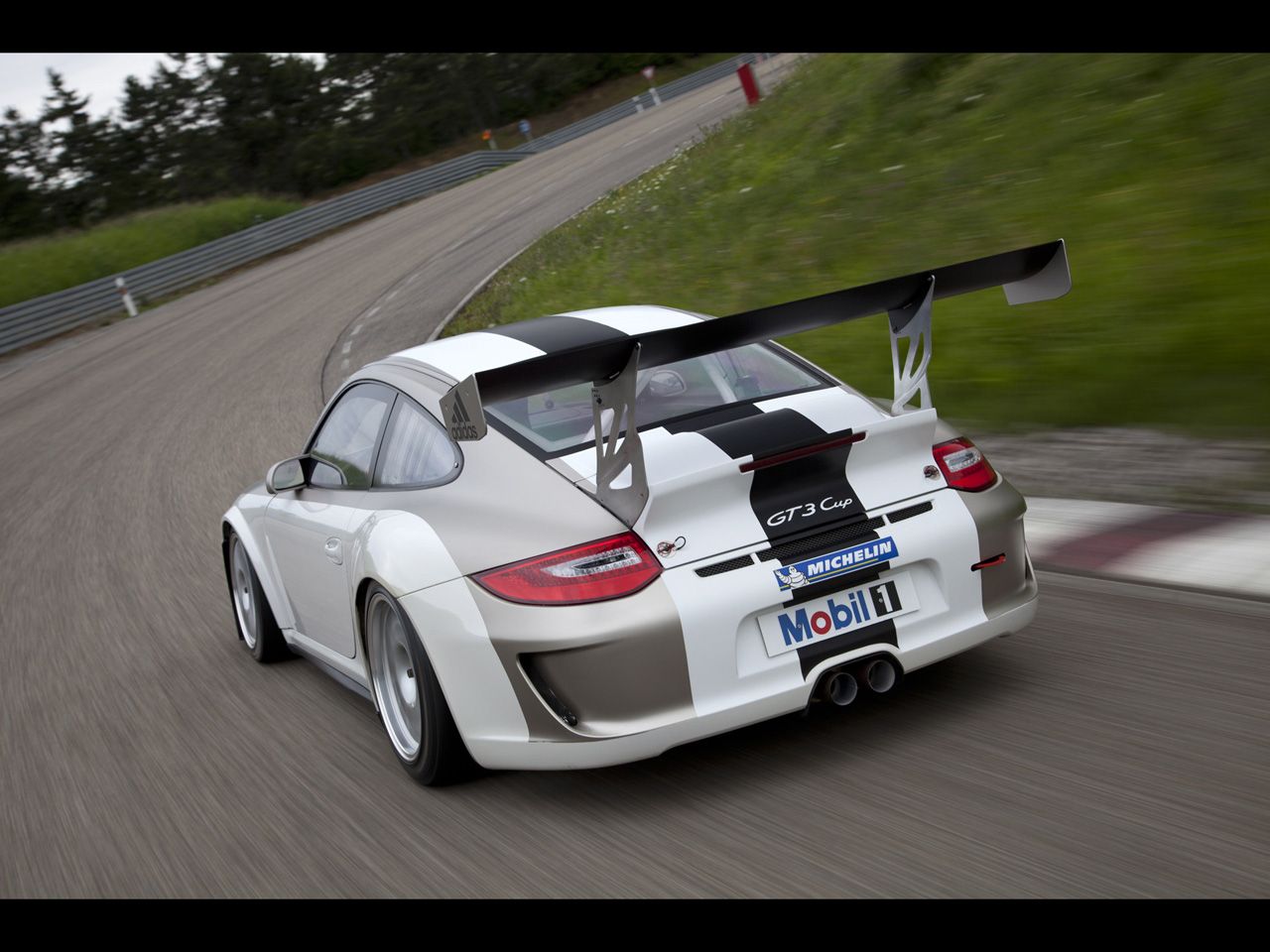 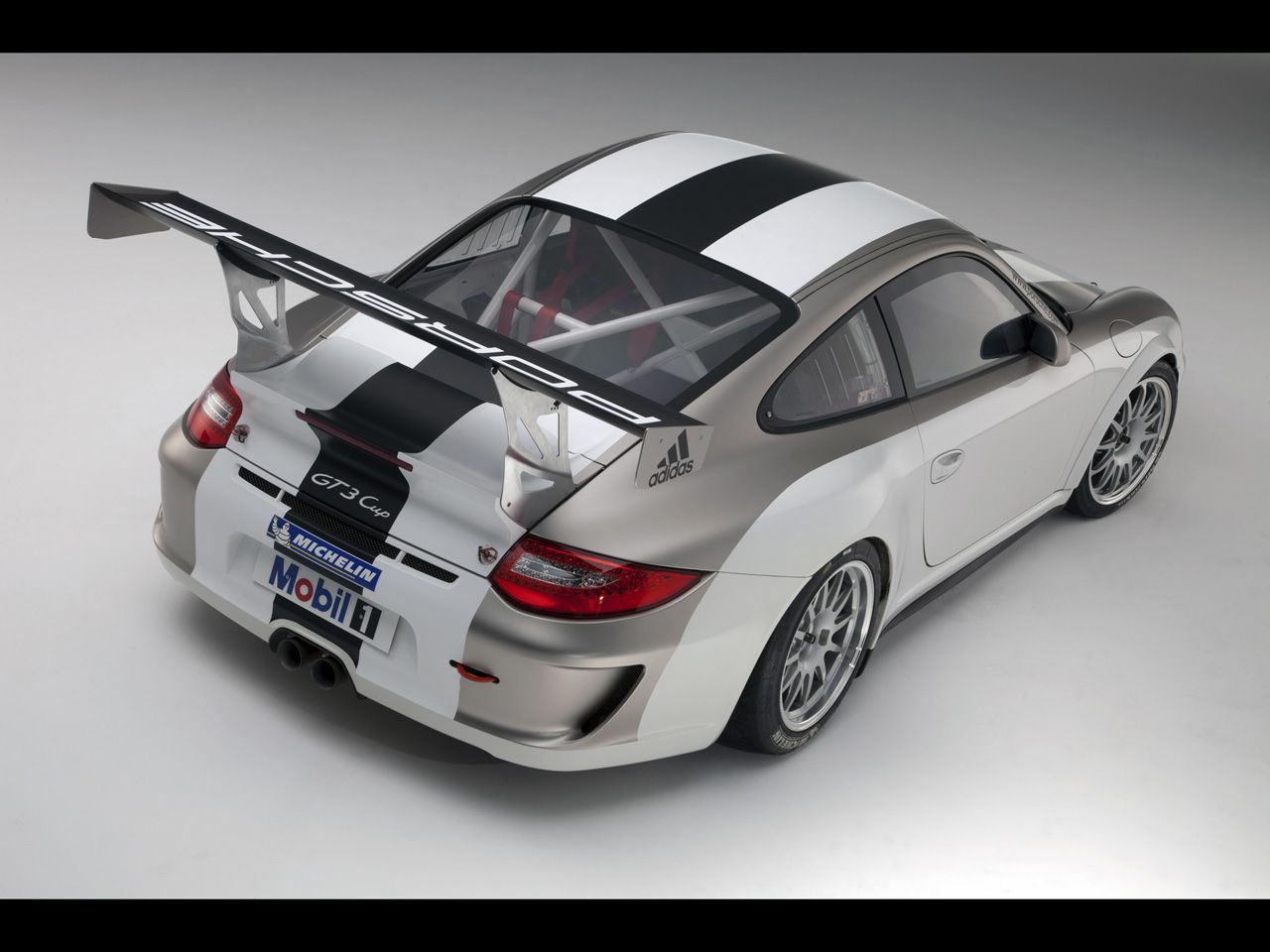 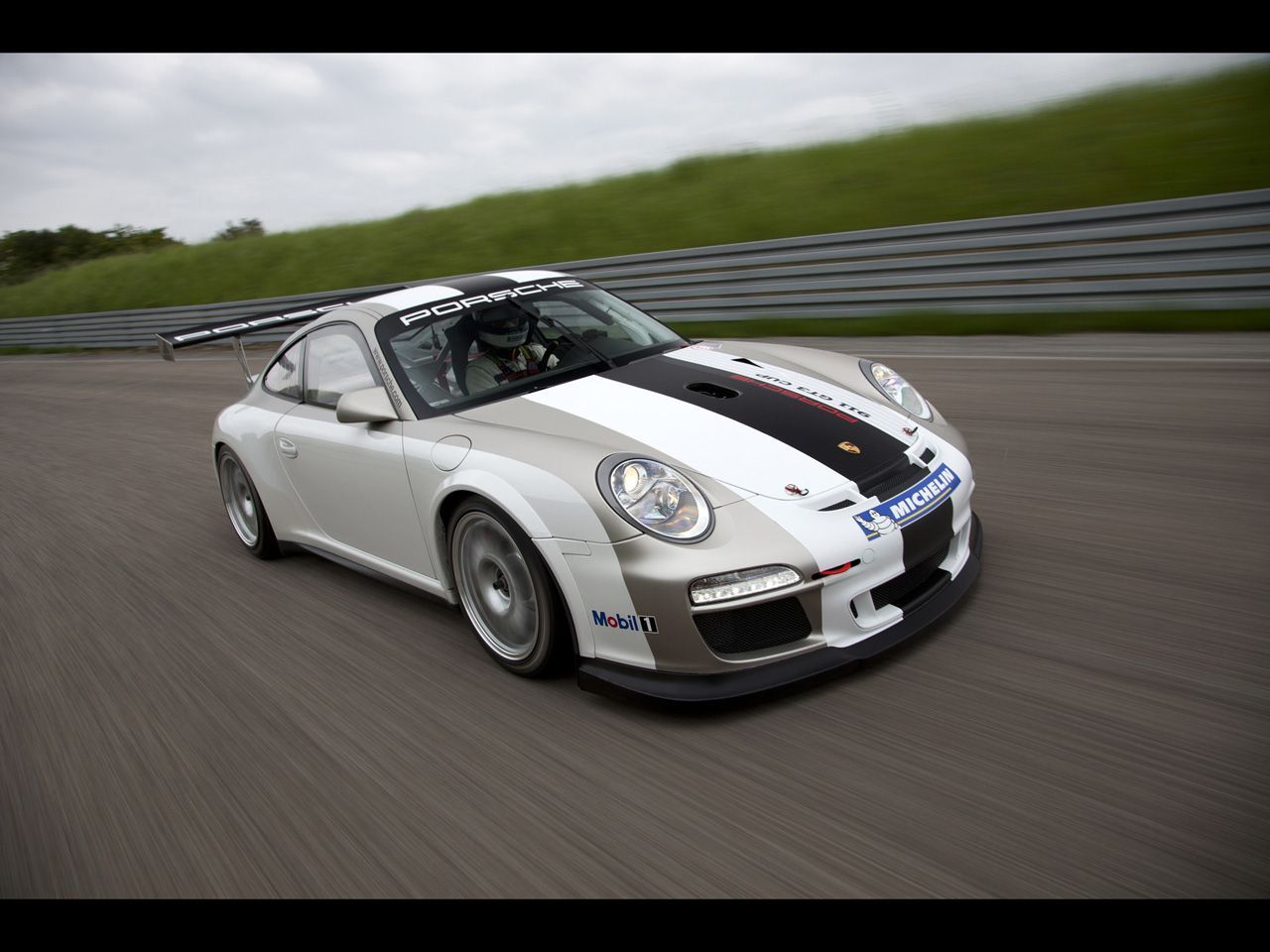 Stuttgart. It is the most successful race car on earth: The Porsche 911 GT3 Cup. With over 2,200 units sold, it is the undisputed number one amongst customer racing teams all over the world. Now, the new 911 GT3 Cup features a 100-litre FT3 safety fuel tank, which is filled via an opening in the front bonnet. Compared to its predecessor, the vehicle is now suitable for an even wider range of endurance racing. Moreover, the new fuel tank contributes to a further improvement of the high safety standards.

The 2012-spec Porsche 911 GT3 Cup is based on the lightweight 911 GT3 RS (997) street sports car. The power unit is largely identical to the production engine of the 911 GT3 RS with the same output of 450 bhp and the same maximum engine speed of 8,500 rpm. A race exhaust system with a controlled catalytic converter keeps emissions to a minimum.

The flared wheel arches at the front axle accommodate light alloy rims measuring 9.5Jx18 with 25/64-18 Michelin race tyres. The light alloy rims at the rear measure 12Jx18 with 30/68-18 tyres. Depending on the type of racing, the new 911 GT3 Cup features different rim specifications. The blade-type anti-roll bars at the front and rear are adjustable in seven positions allowing an extremely precise set-up for each race track. Exclusive to the Porsche Mobil1 Supercup which runs as support to Formula 1 is the PCCB Porsche Ceramic Composite Brake. This is also available for Porsche’s road models. Compared to the composite cast brakes in the Carrera Cups and the GT3 Cup Challenges, PCCB reduces the weight of the car by around 20 kilograms.

The cockpit of the new 911 GT3 Cup caters for the needs of the driver. The controls for the info display are positioned on the steering wheel which houses six switches. As in the production car, the reach and height of the steering wheel can be adjusted.

The new Porsche 911 GT3 Cup will be delivered to teams around the world from September and will be run in this specification for the 2012 and 2013 race seasons in selected one-make cup series. The price is 161,750 Euro plus value-added tax of the respective countries.

Currently, the 911 GT3 Cup competes in 19 Porsche brand trophy series worldwide. Moreover, it is run in various GT race series and at long distance events. The 911 GT3 Cup is the basis model of Porsche’s racing vehicle range. Additionally, Porsche Motorsport offers the 911 GT3 R for championships complying with GT3 regulations and the 911 GT3 RSR built according to GT2 rules.