Not for war-mongers: PM Modi spells out what India can do with Pakistan 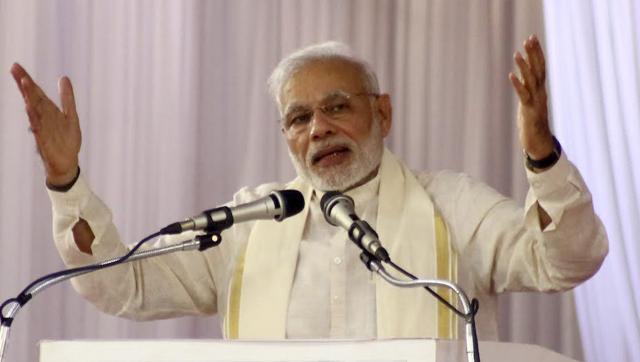 Prime Minister Narendra Modi’s speech in Kozhikode about what India intends to do with Pakistan after the Uri attack must have left hordes of war-mongers disappointed. But the PM showed no illusions of grandeur in dealing with a complex neighbour.

He spoke with a great deal of clarity. Pare down the flourish, you would get a fair idea of what he has in mind as a long-term strategy. He didn’t give in to calls for a knee-jerk reaction to satiate television experts and twitter warriors.

Modi reiterated that the Uri attack would be avenged. And he is willing to accept a 1000-year challenge from Pakistan, which continues with its plan to bleed India through a thousand cuts. That is one illusion Pakistani leaders from Zulfiqar Ali Bhutto to Zia-ul-Haq nurtured as they unabashedly undertook radicalisation as an instrument of state policy to hurt India.

“We are ready to accept the challenge for a 1,000-year-long fight from Pakistan,” Modi said.

Rightly, Modi knows what the entire world knows: Pakistan can’t survive by exporting terrorism. The monster it had created has come to hurt it in myriad ways.

Fanning anti-India sentiments is a strategy of survival for Pakistani rulers. To emphasis this point, he addressed the people of Pakistan telling them the anti-India rhetoric is a ruse for their leaders to divert attention from their failures of governance, modernising the society and building democratic institutions.

"Your rulers are misleading you over Kashmir” Modi said. He continued that “a day will come when people of Pakistan will go against its own government to fight terrorism”. In other words, Modi told Pakistan “your good terrorist, bad terrorist strategy is hurting the country, the region and the world's war on terror.”

The price Pakistan has paid in terms of human lives and economic loss in the fight against terror is mind-numbing. In December 2014, Pakistan’s National Assembly was told that Pakistan had suffered losses of $80 billion and 50,000 lives in the war on terror over the preceding decade.

Despite American largesse, the economic cost of the fight against terrorism has been bleeding Pakistan, whose economy at $225 billion is just over a tenth the size of India’s. Capital has flown and jobs dried up under the lengthening shadow of terror, not to mention the agony of those directly affected by the death of a loved one or breadwinner.

In every country’s history, a defining moment comes when public sentiment drives a change in a fatally flawed national policy. That moment for Pakistan, may thought, happened when terrorists mowed down 132 children in a Peshawar school in 2014. Tehreek-e-Taliban, better known as the Pakistani Taliban, had claimed responsibility. Pakistan selectively chose to go after the Taliban but turned a blind eye to an array of terror outfits ranged against India.

But there are still many ways effective ways to send the message across.

Prime Minister Modi spoke about Pakistan’s vulnerabilities at length. And stopped just at that. That is a better way of communicating in strategic terms than raising the spectre of war in a rhetorical sense “In the world when reports of terrorism come, then this news also follows that the terrorists came from that (neighbouring) country, or like Osama bin Laden, have found a hideout there,” Modi said. The emphasis was in highlighting that Pakistan has been a breeding ground of terrorism and harbours terrorists.

The fact that Modi didn't launch into a rhetoric of war or aggression is a clear signal that he knows a cool head is needed to deal with Pakistan. Being loud doesn't amount to being firm. And so, those including many who share Modi’s ideology, and who are inclined to use rhetoric of war, need to understand there are ways to make Pakistan see reason. And war-mongering is not one of them.
You must log in or register to reply here.
Similar threads
Punjab News Captain ਤੇ Sidhu 'ਚ ਛਿੜੀ 'Poster War'
Punjab News ਰੈਲੀ war: ਕੈਪਟਨ ਤੇ ਬਾਦਲ ਇੱਕ ਦੂਜੇ ਦੇ ਗੜ੍ਹ 'ਚ ਦੇਣਗੇ ਚੁਣੌਤੀ
Trump accuses China of currency manipulation, could lead to trade war
Shortage of dollars sparks diplomatic war between India and Pakistan
Open debate challenge: Arvind Kejriwal, Capt Amarinder Twitter war heats up
Share:
Facebook Twitter Pinterest WhatsApp Link
Top