If you were to name the device with the greatest hacker appeal that would of course be the Nokia N900. The latest portion of dark side programming that we stumbled upon enables the Maemo-powered device to act as a remote shutter for a Nikon DSLR camera. 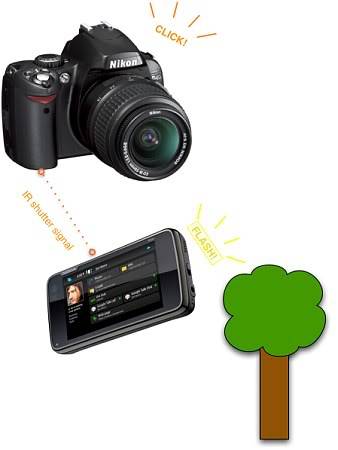 In theory the widget that the guy from DoItDifferent created should also work with other IR-enabled Nikons so it’s not only the D40 owners (the camera used for the demo) that should celebrate the news. And to sweeten and officially seal the deal you can also make the N900 sync its IR wireless trigger and its LED flash for some creative lighting effects.
You must log in or register to reply here.
Similar threads