No night flights for stranded despite Air Force permit 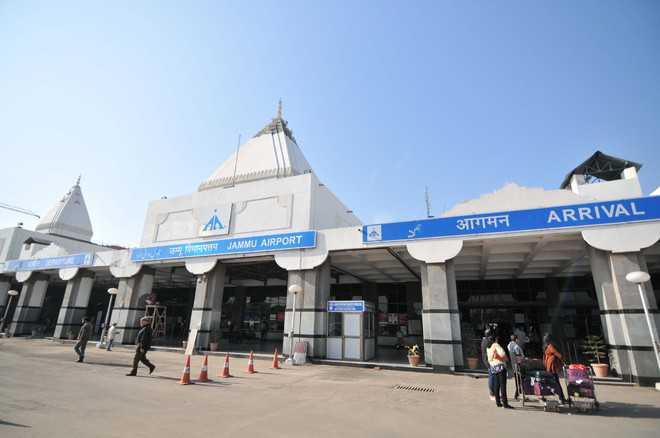 Despite being granted permission by the Indian Air Force to fly during the night from the Jammu Airport, no airline has come forward to help the stranded passengers in Jammu.
Only one extra flight of Air India took off this afternoon with 150 Delhi-bound passengers. Hundreds of pilgrims and other passengers are stranded in Jammu for the past three days due to the Jat agitation in Haryana, leading to suspension of trains and buses to other parts of the country. The airlines have increased fares manifolds as air travel is the only mode of transport for stranded passengers.
The Jammu Airport does not allow night flight operations due to security reasons, but the IAF on Monday allowed the private airlines to fly at night to give relief to the stranded passengers in Jammu. Official sources at the airport confirmed that no airline had sent additional flights. They said because of the heavy rush of passengers, all tickets for Air India flights were sold with half an hour.
“The private airlines do not have extra aircraft in Jammu and they did not even send any aircraft from Delhi to clear the backlog of passengers in Jammu. However, Air India arranged one additional flight that accommodated only 150 passengers,” the source said.
“The private airlines are minting money by selling the Jammu-Delhi ticket for 15,000 to 20,000 per passenger,” he added. People have created a hue and cry as airlines flying from Jammu to Delhi have increased the fares manifolds. Meanwhile, about 12 pairs of trains remained suspended for the third consecutive day today. The authorities have arranged two special trains to Delhi via Saharanpur for the stranded passengers. The trains will depart at 8 pm and 9 pm from Jammu and Katra, respectively. Sudhir Kumar, Divisional Traffic Manager, Railways, said: “The trains can accommodate more than 2,000 passengers. The Saharanpur route is the only safe route and the regular seven pairs of trains on the route are on schedule.” The suspension of 12 pairs of trains from the Jammu-Tawi railway station due to the Jat agitation in Haryana affects more than 20,000 passengers daily.
You must log in or register to reply here.
Similar threads