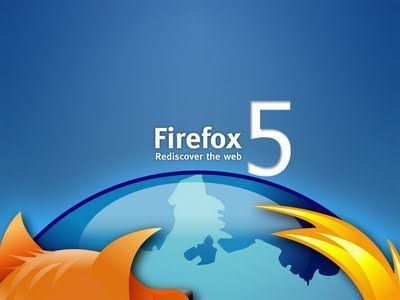 New Firefox version 5.0 has a lot of to offer to its users: it features added support for CSS animations and improved canvas, JavaScript, memory, and networking performance, as well as fixed some security and stability issues. Mozilla seems to continue practicing its rapid release development cycle by this quick Firefox update from version 4.0: despite the fact that the latter was only released 3 months ago, Mozilla has already introduced version 5.0.

It seems that Mozilla developers have been working hard for these past tree months, and not without the amazing results: according to the company’s press release, the latest version of the browser includes over thousand improvements and performance enhancements, which are supposed to make it easier for users to discover and use all innovative features in the browser. Firefox update also adds support for innovative Web technologies, which in its turn makes it easier for developers to build plugins for the browser, Web applications and sites.

Release of the new version corresponds with Mozilla’s shift to a rapid release development cycle first registered in April. The company believes that this practice is very important for delivering innovative Firefox features and performance enhancements and improvements to dedicated users in a faster and more convenient way.

The entire list of new features of Firefox 5.0 is way too long, but the most important ones are the following:

In addition, within the frames of Mozilla’s rapid release development cycle, the company is currently offering everyday downloads of the most recent and greatest Beta and “Aurora” versions of the browser, designed specifically for people looking forward to testing out the latest and greatest innovations offered by Mozilla.
You must log in or register to reply here.
Share:
Facebook Twitter Pinterest WhatsApp Share Link
Top