Most Expensive Medieval Weapons Preserved to These Days!

Staff member
10 Most Expensive Medieval Weapons Preserved to These Days! 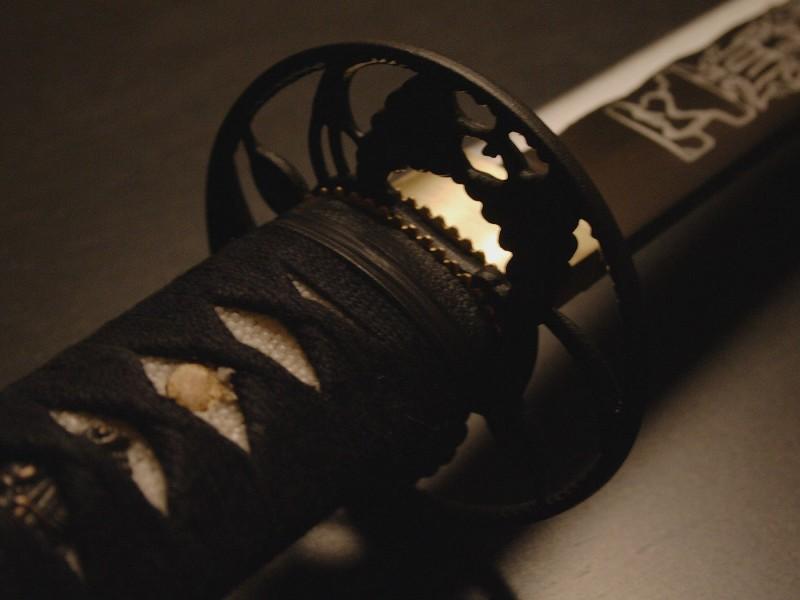 $418,000
Katana is a traditional single-edged sword, Japanese samurai used for hundreds of years. Katana made of the finest materials, so they are considered the most acute and most exquisite swords in the world. 125 of these swords were even announced Juyoung Abazai (objects of national cultural values) in Japan. This means that the sale or export of Katana is illegal.

In 1992, about 1,100 Japanese swords of the collection of Dr. Walter Ames Compton were auctioned. The collection was sold for $8 million in a single day, including the blade of the 13th century Kamakura period that was sold to an anonymous private collector for $418,000. At the moment it is the most expensive katana ever sold at a private auction. 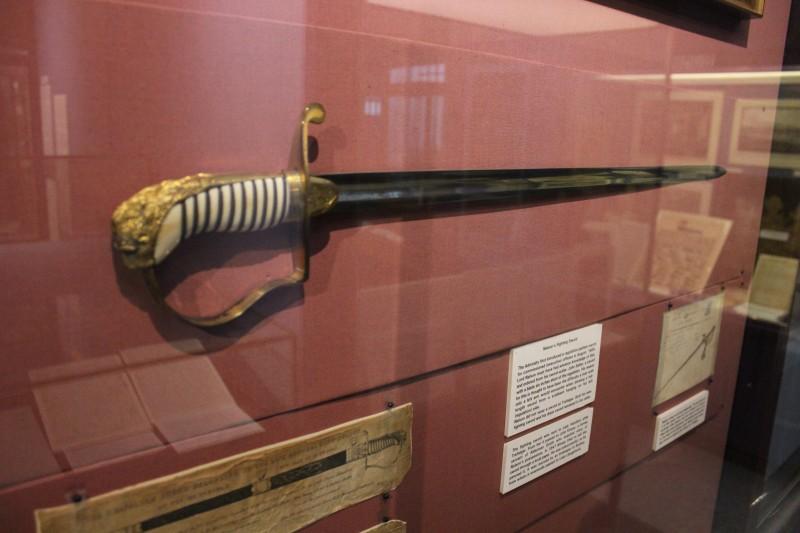 Lord Nelson’s sword was discovered in 2001 along with a treasure trove of other papers, documents, medals, jewelry, and weapons belonging to Nelson.

All these things were hidden 200 years ago in a hollow of a tree by close friend of Nelson, Alexander Davison. In 2002 the collection was sold at Sotheby's in London for £2 million. 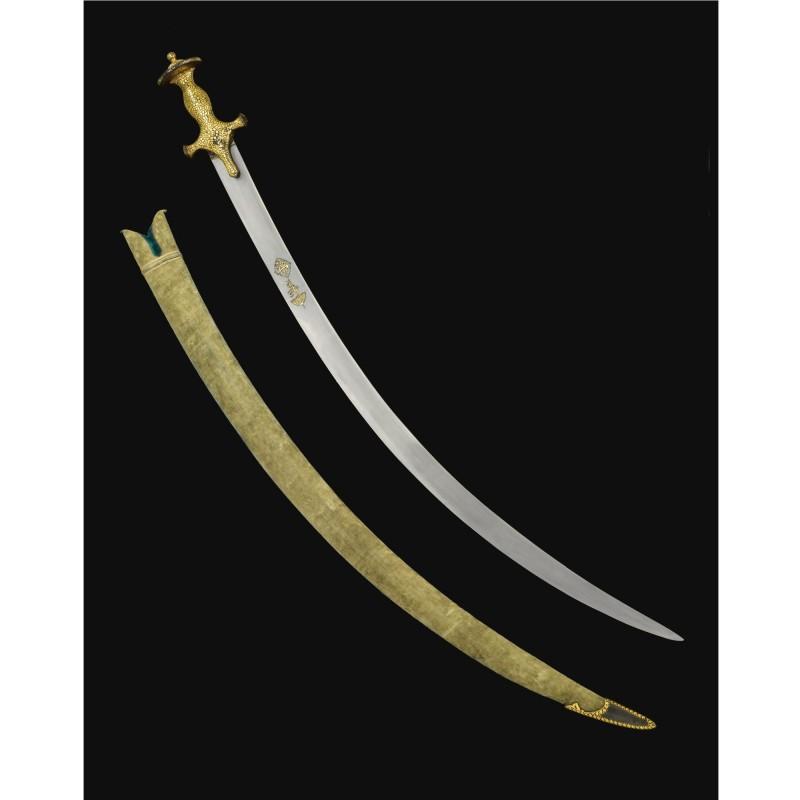 This slightly curved royal blade European style with elements of a gold inlay was sold in 2007 at Sotheby's. The sword decorated with images of poppies and lotus, is believed to have belonged to padishah Mughal Emperor Shah Jahan (1627-1658).

The blade was made personally for the sultan on the tenth year of his reign. Talwar was sold at auction for £446,100. 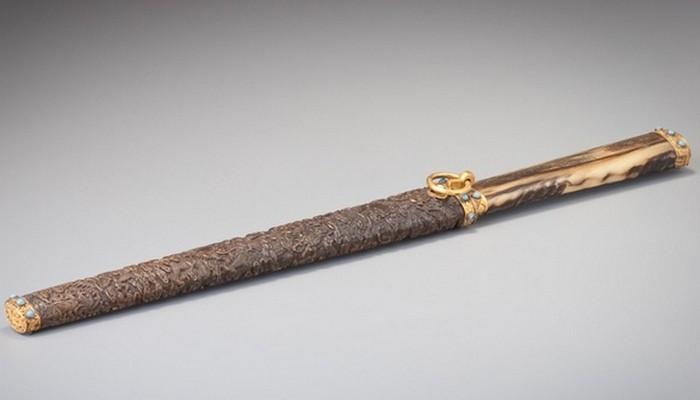 This sophisticated hunting knife believed to have belonged to the Qianlong, the sixth emperor of the Manchu Qing Dynasty. In the hilt of a knife made from antelope horns rare, it was a cache for storing chopsticks and toothpicks. Sheath weapon was made of rhinoceros horn and decorated with images of dragons frolicking in the clouds above the waves.

The knife was made of gold and encrusted with turquoise, coral and lazuli. It was sold at Sotheby's in 2009 for 9.62 million HKD.

Ulysses S. Grant received this sword in 1864 as a gift from the people of Kentucky, when he was appointed Chief of the General of the United States Army. Perfect Weapon decorated with 26 diamonds, of which lined the initials of Grant - USG. The sword was sold for $1.6 million in 2007 at Heritage Auctions. 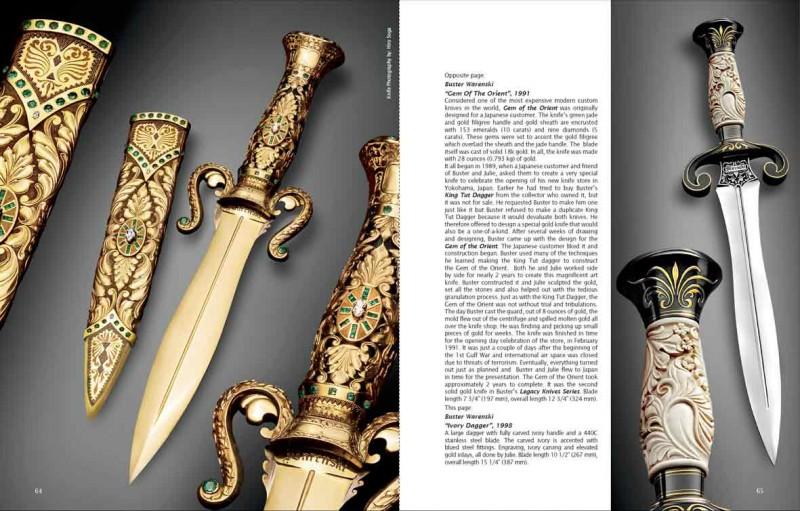 "The Gem of the Orient" is a luxurious knife, designed and created in 1966, by 20-year-old Buster Warenski. Almost 50 years later Warenski has become one of the world's greatest producers of knives.

"The Gem of the Orient" has been created for an anonymous client from Japan. Its handle was encrusted with 153 emeralds weighing 10 carats, 9 carat diamond 5, and 28 ounces of gold.​ 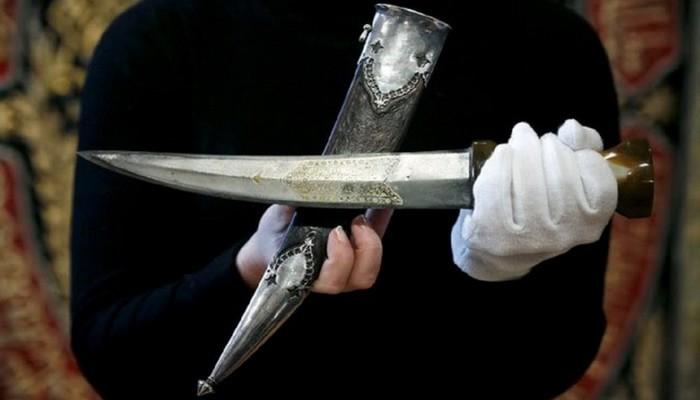 This is the second from a list of weapons that belonged padishah Mughal Emperor Shah Jahan. In 2008 it was sold for £1.7 million at Bonhams auction in London that exceeded 5 times the starting price.

The dagger was part of the collection of the late Belgian Jacques Desenfans, who for 50 years has collected an amazing amount of weapons, armors, ceramics and works of art of Southeast Asia. The inscription on the dagger indicates its belonging to Shah Jahan. 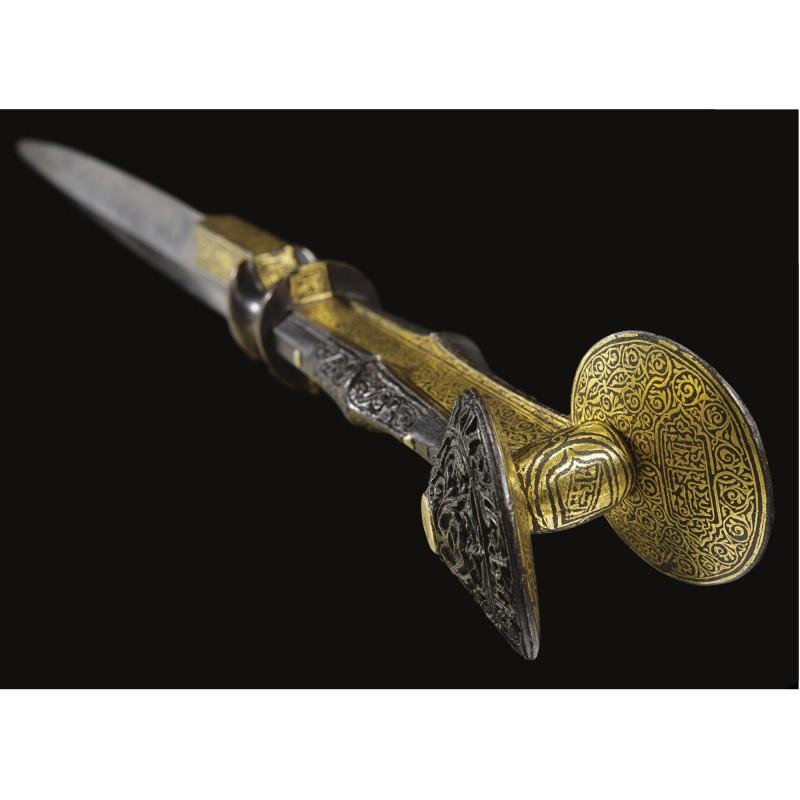 Daggers with a double-edged blade and the head of the handle in the form of a human ear is one of the most remarkable exhibits Nasrid era in North Africa. They are widely used in Spain in the 15th and 16th centuries.

Dagger, decorated with the figure of a man with a crossbow, which hunts for different animals, was sold in 2010 for £6 million. 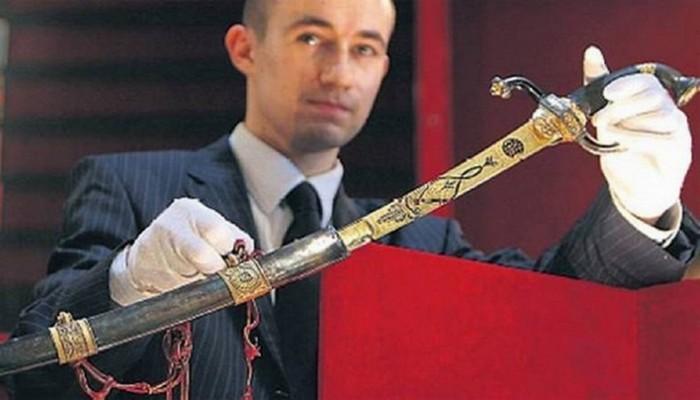 Napoleon Bonaparte had a habit of always wearing a gun and sword on the battlefield. It is this gold-encrusted saber Bonaparte had when his troops at the Battle of Marengo in 1800 ousted the Austrian army from Italy. Sabre, which is considered the property of the nation, handed down from generation to generation in a family of Bonaparte.

It was sold in France in 2007, by one of the descendants of Napoleon to another one. The curved saber, forged by Nicolas Noel Boutet, inlaid with gold, and the handle is made of gold and ebony. 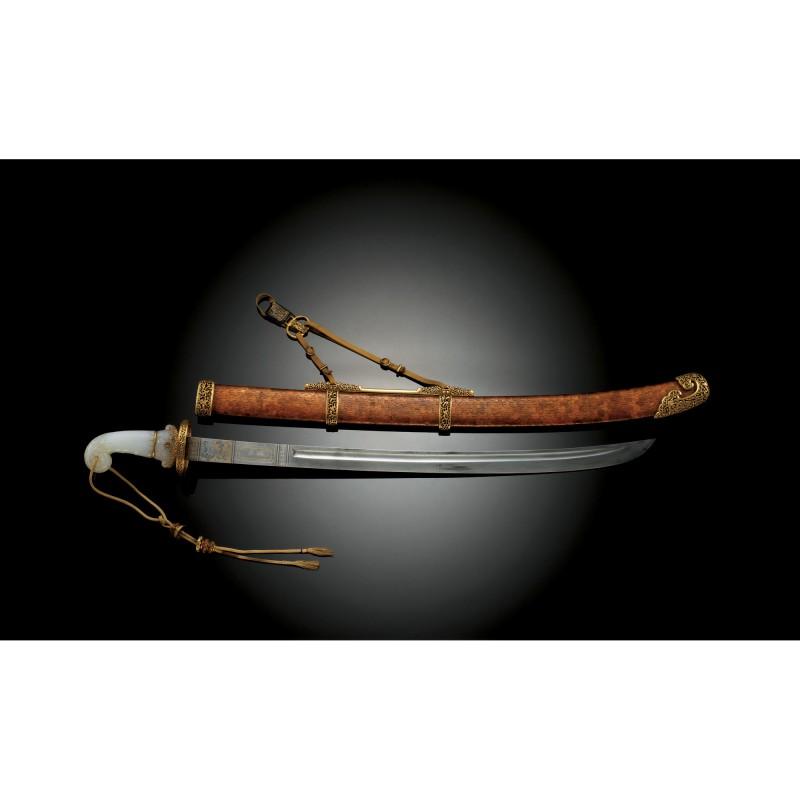 7.7 million
This beautiful sword was actually sold twice, first in 2006 for $5.93 million, then two years later - for $ 7.7 million. The inscriptions and decoration on the sword make scientists believe that the S-shaped sword with a handle made white jade ornaments and stylized leaves and flowers belonged to the Chinese emperor Qianlong.

The steel blade is decorated with inlaid gold, silver and copper. Its name "Teng Bao" means "floating jewel." In just 47 years, only 90 of these blades were made in the palace workshops of the imperial court of the Qing Dynasty.
​

2 much deco on it