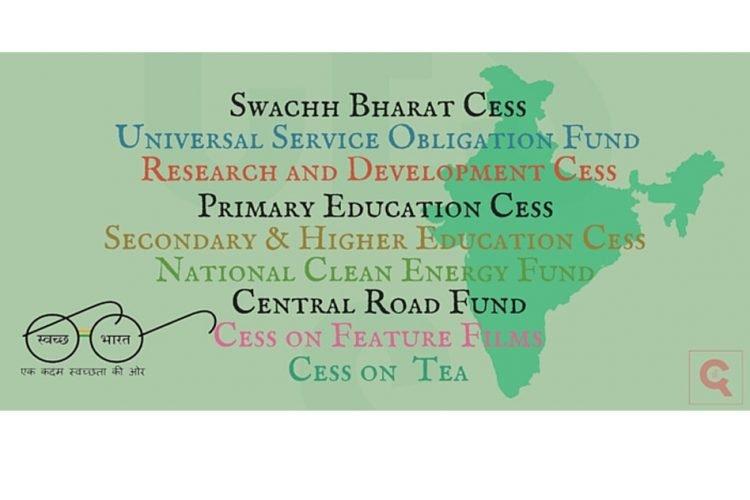 Government collects Cess under various names, apparently for a specific purpose. Some of the different Cess collected by the government are explained below.

Universal Service Obligation Fund: The Universal Service Obligation (USO) Fund was set up in April 2002 for achieving universal service objectives emphasized in the National Telecom Policy (NTP) 1999. The Indian Telegraph Act 2003 gave statutory status to the USO Fund and laid down that the fund is to be utilized exclusively for meeting the Universal Service Obligation by providing access to basic telegraph services like public telecommunication and information services and household telephones in rural and remote areas. It also envisaged creation of infrastructure for mobile services in rural and remote areas, broadband connectivity to villages in a phased manner and induction of new technological developments in the telecom sector in rural and remote areas etc. The resources for meeting the USO Fund are raised through a ‘Universal Access Levy’ (UAL).

Cess on Feature Films: Under the Cine Workers Welfare Fund Act, 1981, the cess collected from the producers of feature films is used for the welfare of cine workers on welfare activities like a Group Insurance Scheme for cine workers, health care facilities including financial assistance for treatment of heart diseases, kidney transplantation and treatment of cancer, and financial assistance for education of the children of cine workers from first standard to professional degree classes.

Cess on Tea: The Proceeds from this cess would fund the development of Tea Sector.

Transfer/Utilization of the Collected Cess 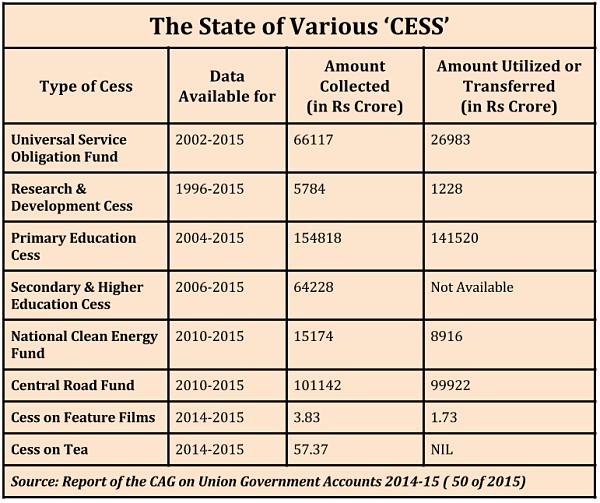 Out of the 66117 crore rupees collected under the USO, only 26983 crores has been transferred to the USO fund. Large part of the Cess collected for Primary Education & Central Road Fund have been transferred or utilized. The status of the Secondary & Higher Education Cess is unknown since no fund was designated to deposit the proceeds of this cess. No scheme was also announced that would be funded by this cess. In the absence of such information, the CAG report feels that the diversion of funds cannot be ruled out. 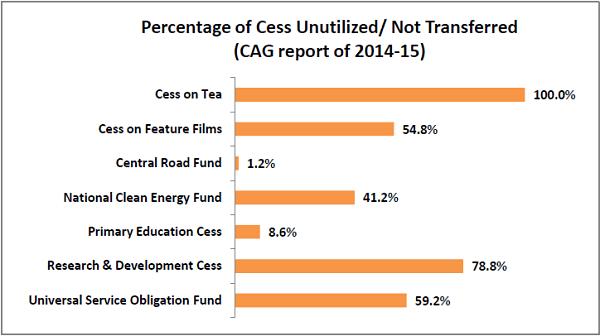 100% of the funds collected under the Cess on Tea remained unspent for 2014-15 while 60% of the funds under USO collected since inception remain unspent. Close to 80% of the cess collected for research and developed also remains unutilized.