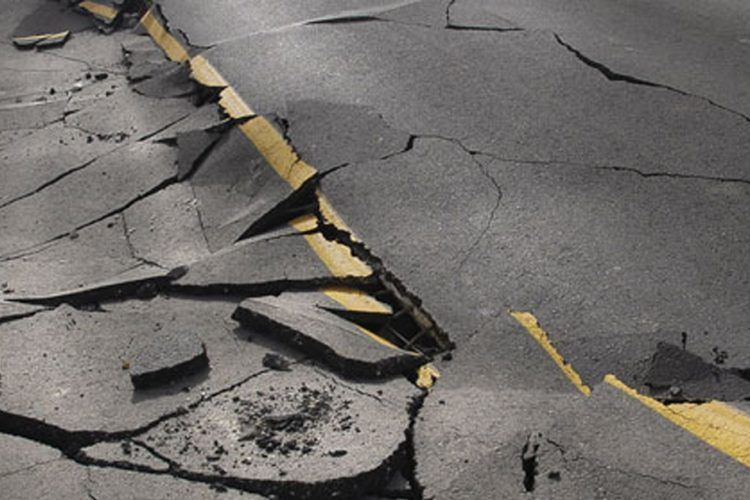 More than 700 black spots across the country

Most Black Spots on NH 2 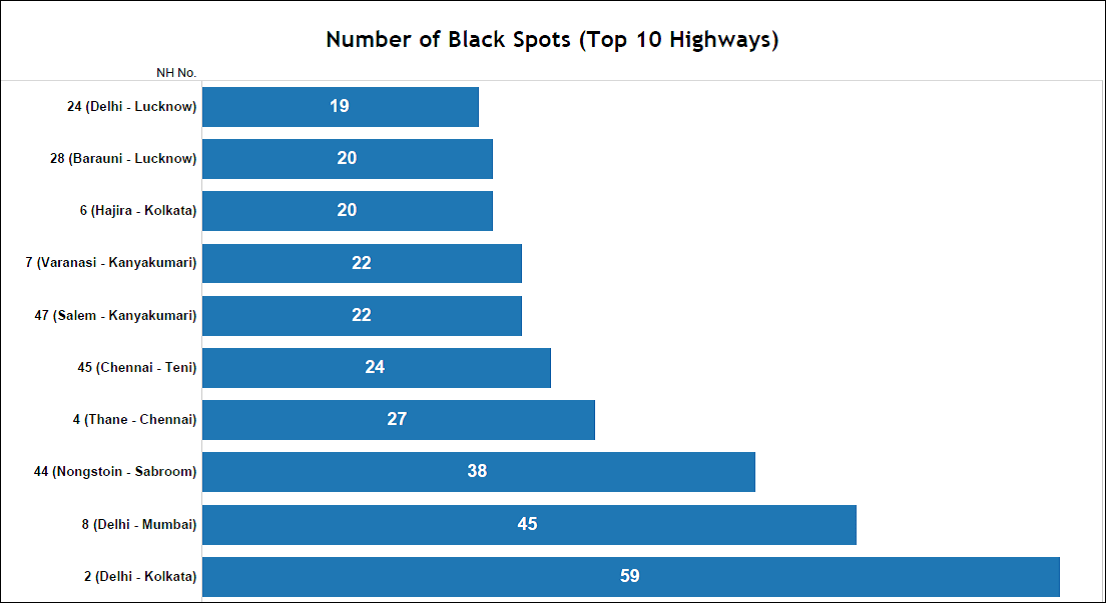 Most black spots in Tamil Nadu and UP

Of the states, Tamil Nadu has 100 of the identified black spots while Uttar Pradesh has 99 of them. Karnataka is 3rd with 86 black spots followed by Telangana with 71 black spots. Rajasthan is the only other state with more than 50 black spots. Fourteen (14) different states have more than 25 black spots each. Of the bigger states, Andhra Pradesh has the least number of black spots (8).

Only these 9 states have priority 1 & priority 2 black spots 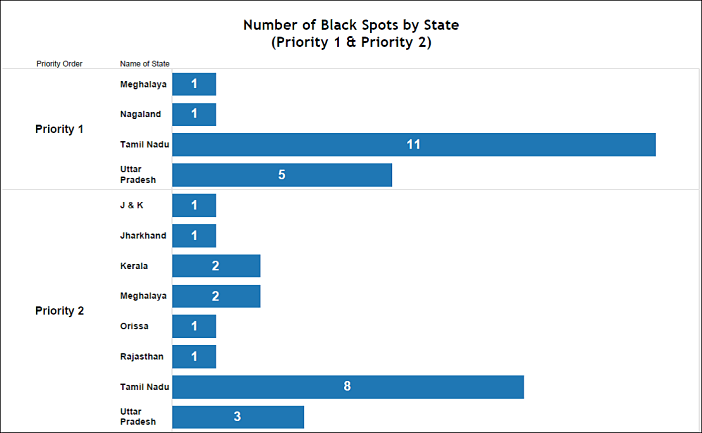 These are the MPs with most black spots in their constituencies 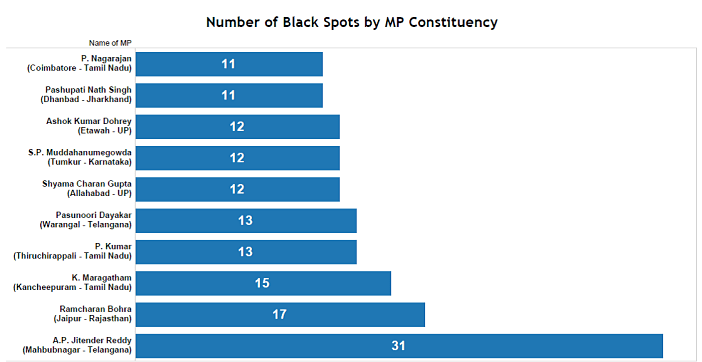 What is being done at these black spots?

The black spots in the order of priority have to be inspected by a committee of the concerned NH division in whose jurisdiction the black spot is falling. The committee should examine the concerned black spot and identify if there are any road related deficiencies which might have been the cause of repeated accidents. While identifying the limits of the black spot stretch, generally a maximum length up to 1km should be considered for assessing the road related contributing factors causing repeated accidents/fatalities at a particular black spot.

The committee should also hold discussions with the local police to identify the causes for repeated accidents. After these discussions, various short term and long term measures are to be taken up to reduce the number of such accidents. Short term measures like signs/markings etc are to be immediately taken up. For any long term remedial measure, it must be ascertained if enough land is available for such a measure and the proposals are to be sent for approval.​
You must log in or register to reply here.
Similar threads