Modi should know that he is PM of all of India, says Manmohan Singh 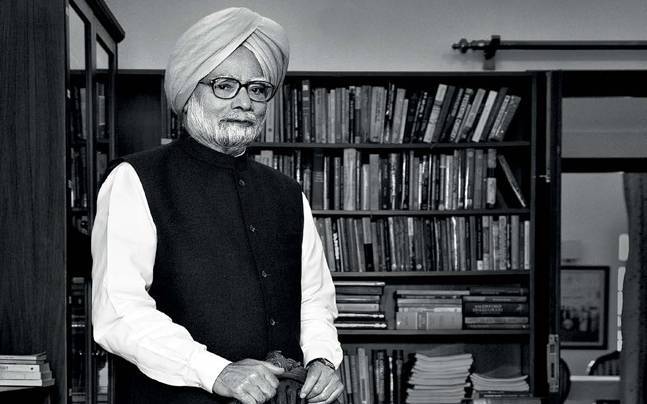 For the last year-and-a-half, Dr Manmohan Singh has been watching the political scene unfold before his eyes from his rambling Lutyens' bungalow in the heart of Delhi. The former prime minister looked on with fair dismay when the government he headed for 10 long years was unceremoniously voted out of office and the Narendra Modi-led regime took its place. And his worries have only increased seeing the manner in which it has since governed India. In between receiving friends and visitors-two in the morning and two in the evening-the former prime minister reads widely and exhaustively. When he wants to study something more deeply, he makes notes on plain paper-in his small, squiggly handwriting-and then looks for other sources that can help him understand the subject better. Congress president Sonia Gandhi drops in regularly, her son Rahul too comes sometimes. Other Congressmen come to pay their respects. He says he enjoys the intellectual stimulation that comes with meeting old friends from Cambridge and Oxford (institutions where he learned the role of politics in shaping change), or with visitors from Pakistan (former foreign minister Khurshid Mahmud Kasuri was here recently), or Nepal (he stepped out to meet former president Ram Baran Yadav) and other parts of the world. His study at home is lined with books and papers, hallmark of a man who has deeply invested in knowledge and who believes that even if you lose all your earthly belongings-which he did, as a Partition refugee in 1947-you always carry your learning with you.
In this first exclusive interview with Jyoti Malhotra since he demitted office (he has spoken only once before, on TV, in the wake of former president Dr Abdul Kalam's death), Dr Singh speaks freely on a wide variety of subjects. The shrinking of the economy worries him, as do the Modi government's flip-flops on Pakistan. He strongly believes that the prime minister must do much more to heal the country, and rues that he doesn't reach out to the main Opposition party, the Congress. He won't talk about the accusations against him in the coal scam, despite the fact that the CBI has given him a clean chit and said he need not come to court. Dr Singh isn't writing a book, nor his memoirs, but firmly believes that History (yes, with a capital H) will vindicate the political direction he gave India under his stewardship. Excerpts:

Q: What are your views on how the Narendra Modi government is dealing with the economy today?

A: The economy is not in as good shape as it could be, despite the fact that the situation today is much more favourable than it was when we, the Congress-led UPA, were in government. For example, oil prices had at the time gone up to $150 a barrel, today they are close to $30 a barrel. This has significantly helped India's balance of payments, the current account deficit has come down, it has helped the government reduce the fiscal deficit, and in the hands of a purposeful government, this could be an opportunity to step up investment in the economy in a big way.