Earlier, when Skype accounts were hacked, at that time Microsoft’s support staff were out on vacation, that is the reason the company was not able to address the breach immediately, but in today’s hack Microsoft deleted the first tweet immediately. But it seems like SEA is not only having the browser hijack, there are having even deeper access.

SEA team has also shared a screenshots on Twitter showing off the Internal Communications between Microsoft’s Public relations team and Steve Clayton, who is the manager in charge of Microsoft’s corporate media platforms. 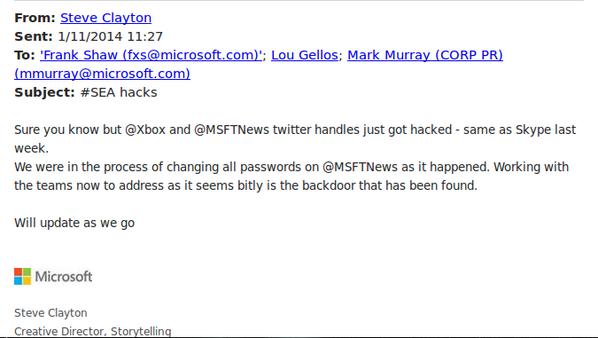