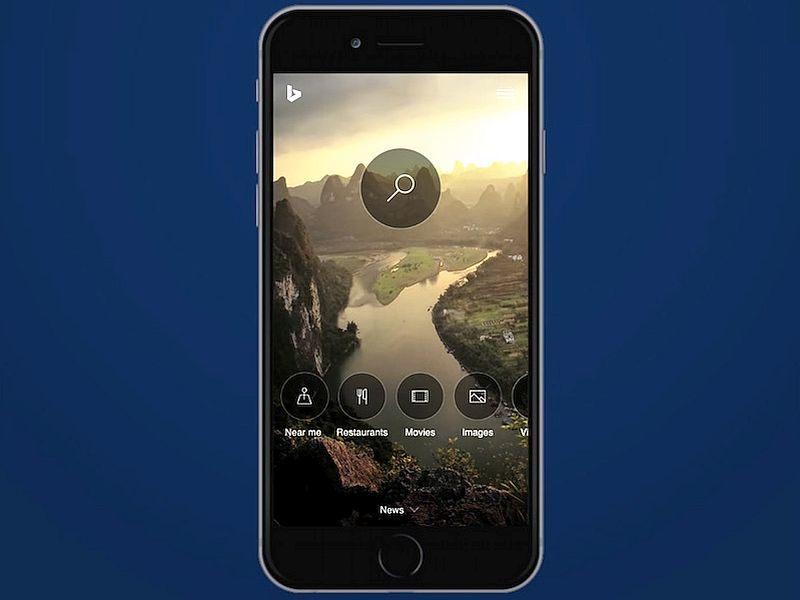 Microsoft on Wednesday revamped its Bing app for iPhone in an attempt to get more users on board.

The company started pushing an update to its iOS app bumping the version to 6.0. The updated Bing app is now available to download via App Store. It's worth noting that the app is currently not available for users in India.

Microsoft says that the app has received complete makeover and touts, "Welcome to a new Bing. Everything you love about Bing just got better" on the App Store listing page.

Some of the changes that the Bing iOS app gets include a redesigned homepage which will now allow users to see restaurants, movies, images, and videos, as well as recommendations for deals or attractions nearby with just one tap. The Bing search home page now also include few quick tap options for Near Me, Restaurants, Movies, Images, and Videos among others.

One of the biggest highlights of the revamped Bing app is it brings app-based search results that now throw results in a similar way to Google's Search on Android. The Bing search now shows search results with relevant apps based on the search content. The search results on Bing will also show Google Now Card-inspired information cards instead of just Web links as search results.

Notably, Microsoft has also utilised Bing's knowledge and action graph API for search results. The company had explained for the Android release in August, "Whether you have a messaging app or a music app, your users shouldn't have to 'go to search' to get information related to what they're doing in your app. With Bing's new API, you can expose the relevant information to your users directly within your apps, keeping them more engaged," said the company in a blog post.

Another notable addition is offline caching that allows users to work offline. The app can now cache bookmarks and search history, allowing users to search for them even when they don't have an Internet connection.
You must log in or register to reply here.
Similar threads