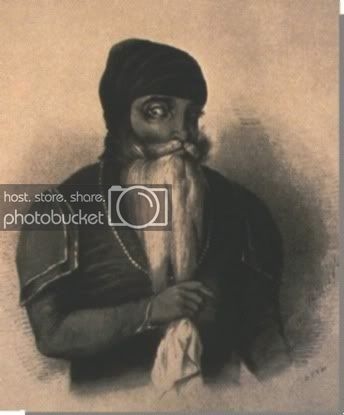 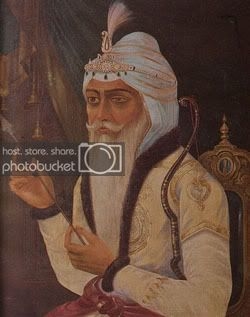 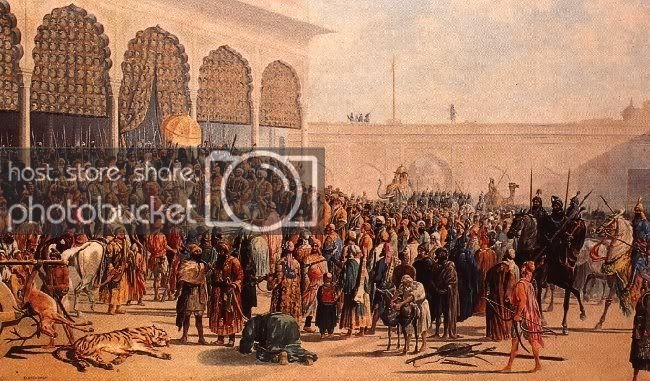 !~Dhillon~! said:
Hey that second pic is Not of Maharaja Ranjit Singh.
I think its of Maharaja Patiala
Click to expand...

Here is one original pic of Maharaja Ranjit Singh:

As a reader of sikh history, I am always amazed at the foresight shown by Maharajah Ranjit Singh in hiring foreign Generals such as Allard and Ventura to drill the troops in modern warfare techniques. To read the descriptions by the British of "sikh gunners, perfectly drilled, unique specimens of manhood each no less than 6'3 in height, enough to send shivers through the stoutest of men."

Ranjit Singh was always open to alternative thinking and progress. His court was adourned with all religions and thinkers. The commissioning of european artists to paint court scenes has allowed a wonderful record of the times to be preserved. But for a few sentinel events in our history, the outcome of sikh history may well have been vastly different.

Recently, I heard there was a movement afoot to have a Sikh Regiment in the British Army. Its a shame this did not come to pass, as I am sure the application process would have been swamped. What a unit that would have been !
J

thx for sharing that picture