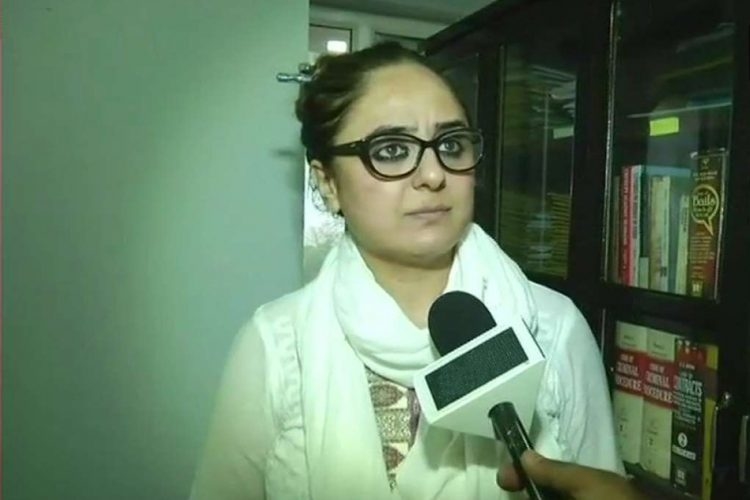 The lawyer, Deepika S Rajawat, who is fighting the case for 8-year-old Asifa from Kathua, Jammu, says she has been receiving threats.

On April 8, Justice for Asifa Solidarity forum had asked the High Court to look into this matter. The forum has also condemned the behaviour of Slathia, who allegedly used unparliamentary language towards Rajawat in court premises.

Speaking to news channels, Rajawat, who is the chairperson and founder of Voice for Rights, an NGO working for underprivileged women and children, said, “I am not scared, but I am not feeling safe either. Protesters (lawyers) are trying to put pressure on me so that I don’t fight for justice. But I will continue to fight Asifa’s case. I have full faith in the police investigation.”

The 38-year-old lawyer has written to the Chief Justice of Jammu High Court requesting security.


After she read about the incident in the newspaper, she decided to approach the family to help them get justice. While speaking to News18, she said, “I wanted to meet her parents. It was her biological father who wanted a court-monitored probe to fast-track the case.”

Asifa was living with her maternal uncle when the incident took place.

Rajawat who had first moved the writ petition, told News18, “We did not demand all the accused to be hanged or initiate an anti-Hindu movement. We only wanted the court to monitor the investigation. The HC started calling periodical reports from the crime branch and it is only after we went to the court that the investigation started showing results. It was minutely examining the reports filed by the crime branch. On the basis of that, fresh status reports were sought to be filed.”

Rajawat says that Slathia told her not to appear for this case and when she said that since she is not a member of Bar Association, she is free to take up any case, Slathia reportedly told her, “Yaha par gandd phailane ki zarurat nahi hai (no need to spread filth here).”

When she protested further, he said that he “had means to stop her.”

Not just this, on directions of senior officers, she was allegedly denied water too. She said, “Just recently when I went to one of the bar rooms to have some water, a staff told me that water cannot be served to me since there were directions from senior officers. Is this the property of the bar president?”

Rajawat, while speaking to News18, raised few questions, she said, “When our writ petition was filed, why did the Jammu bar president not file another application asking for a CBI probe? Now when the entire matter has been heard and status reports have been filed, they demand a CBI probe? Why did not they approach the court before us.”

Slathia has however denied the allegations against him. Speaking at a press conference, he said, “I have due regards for my fellow colleague. I don’t want to comment on this matter as the objective of the stir will get deviated.”

In 2012, a 12-year-old girl died at the residence of advocate Surinder Singh under mysterious condition. When the parents of the girl approached a senior criminal lawyer, he destroyed the entire scene of evidence.

After this, the parents approached Rajawat. But soon after she took up the case, her bar membership was cancelled. Rajawat said, “They (The bar association) gave a statement to the press stating that I was an ‘undisciplined lawyer.”