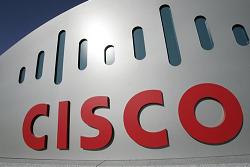 Members of the Falun Gong group claim Cisco knew that Internet technology it supplied to China would be used to crack down on the religious movement in the country, according to a lawsuit filed last week.

The lawsuit was filed in U.S. Federal District Court for the Northern District of California in San Jose on behalf of members of the Falun Gong, a religious group banned in China. It claims that Cisco actively worked with the Chinese government to build its "Golden Shield" Internet surveillance systems, with the goal of allowing authorities to intercept communications and track Falun Gong members. This led to the arrests of the case's plaintiffs, who were beaten and tortured by Chinese authorities, according to the lawsuit.

Cisco said there is no basis for the allegations and that it will "vigorously" defend against them.

"Cisco does not operate networks in China or elsewhere, nor does Cisco customize our products in any way that would facilitate censorship or repression," the company said in a statement.

Cisco denied similar allegations in 2008 when the company testified before U.S. Congress. Questions about Cisco's involvement with Chinese Internet censorship efforts were raised after a company PowerPoint had surfaced that referred to the suppression of the Falun Gong and "other hostiles."

The current lawsuit makes its case by pointing to Cisco "internal files," past technology trade shows and employee training sessions in China, where the company is alleged to have said the Golden Shield project's purpose was to persecute Falun Gong members. Cisco believed it would be "lucrative" business opportunity, and as early as 1998 had begun competing aggressively to win the contracts for the project, the lawsuit alleges.

Cisco provided solutions to Chinese authorities that included a system that could block certain IP addresses, potentially denying users access to Falun Gong sites while also tracking and identifying them, according to the lawsuit.

The lawsuit claims China's Golden Shield project led to the arrest of between 1,000 and 5,000 Falun Gong members because they had downloaded the religious group's materials from foreign websites.

One of the plaintiffs, U.S. citizen Charles Lee, was arrested immediately upon arriving in China after exchanging email messages with Falun Gong members in the country, while another plaintiff was beaten to death after being detained for accessing a Falun Gong website numerous times, according to the lawsuit.

Only three of the 11 plantiffs were named, the others fearing retaliation from the Chinese government.

The lawsuit is suing for unspecified damages and seeks to prohibit Cisco from supporting China's Internet censorship efforts.
​
You must log in or register to reply here.
Similar threads