Jazzy b new single Most Wanted..???

Jazzy b new single out 1st October "Most Wanted" Guess who the other 2 Are..

Nice one many thanks. 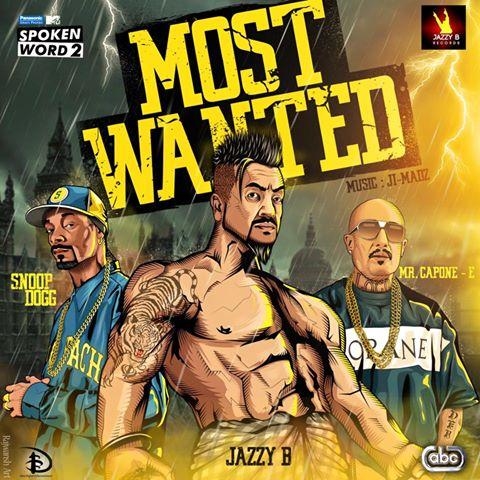 The Crown Prince of Bhangra, Jazzy B “Most Wanted” is set to become the biggest track of 2015 and an unbelievable collaboration is about to hit the streets – watch the video here!


Get it on ITunes

The Crown Prince of Bhangra, Jazzy B, has one of the most successful singing careers spanning over the past 24 years. He has delivered countless hits, with his latest making history as the first time he collaborated with a female artist, Kaur-B, on a duet called “Mitran De Boot”. The song was produced by Dr. Zeus and was complimented by an official video featuring Bollywood actress/model Surveen Chawla, which has racked up almost 15 Million views on YouTube.

Not only did “Mitran De Boot” achieve another number one for Jazzy B in the BBC Asian Download Chart, but managed to sit in Pole Position for 3 weeks.

There aren’t many things Jazzy B hasn’t done; having collaborated with some of the biggest artists in the world, having songs featured in Bollywood movies, launching his own successful clothing line and starring in his own Punjabi movie. Many may think there isn’t much he could do to raise the bar again and make even the odd pessimist water at the mouth with excitement. But he isn’t called the Crown Prince of Bhangra for no reason. After preparing to do exactly that with his next worldwide release, an unbelievable collaboration is about to hit the streets.

Snoop Dogg, World famous artist also seen as one of the Pioneers of rap music throughout the world has dipped his toe in the ocean of Asian music with his feature on the Bollywood film, Singh is Kinng title track in 2008. He has never however, collaborated on a duet with any Punjabi Vocal artist. That was until now!

Having known and been excited by the success ridden career of Jazzy B, Snoop is now featured on not any, but the best Punjabi collaboration; one that generations of young and old, in either the east or west of the globe will be talking about for years to come.

The collaboration has been timed following the recent contribution by Snoop on Dr. Dre’s latest album “Compton”, which many see as Dre’s final album and has been created to compliment the release of the film “Straight Outta Compton”, a film that paints the picture of the origin of Rap in LA. Any song that Snoop Dogg featured on following this mammoth album could only be one of a superlative level, with eminence and magnitude.

“Most Wanted” seems decorously chosen as a title for this collaboration. There are few individuals who would not like to meet, greet or see either one of these colossal personas in the world of music. The song itself is fittingly ridden together by a Hip Hop beat, produced by newcomer Ji-Madz, who appears courtesy of G-Speed Media.

The song is driven by the familiar vocals of the Crown Prince Jazzy B, laced over the new form west coast sound and set up perfectly for a sublime rap by the Dogfather of rap, Snoop Dogg.

Alongside Jazzy B, the song also showcases Mr. Capone-E, a Pakistani-American rapper who has had previous success after collaborating with world famous rapper Twista on the track “Don’t get it Twisted”. Mr. Capone-E appears courtesy of Hi-Power Entertainment.

“Most Wanted” is set to become the biggest track of 2015 and will without doubt be flaming through many speakers all over the globe post release. Based on the successful formula these global personalities have historically achieved, who would doubt them doing it again after coming together on one song.
You must log in or register to reply here.
Similar threads