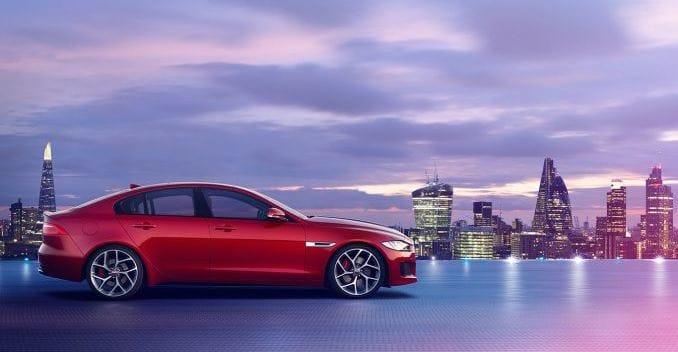 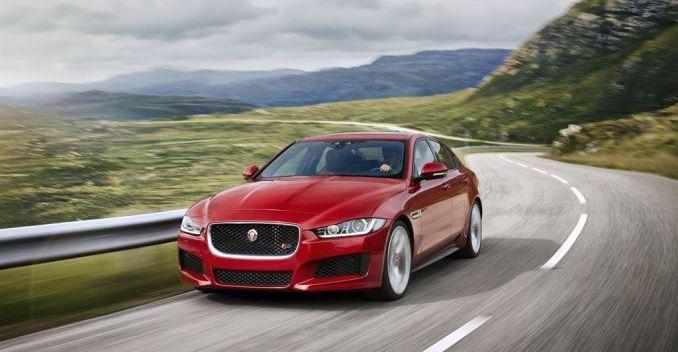 From the range of engines, I am driving the 178 bhp 2.0-litre Ingenium diesel and the 237 bhp 2.0 litre petrol and of course the one that will create quite some buzz - the 335 bhp 3.0-litre V6 S model that also powers the F-type. In India, Jaguar is expected to first debut the petrol spec model (most likely the V6) followed by the diesel.
Start the diesel engine and you get a nice growl from under the hood after which it idles fairly quietly. Once on the road, the engine feels fairly smooth and refined and that's something the Jaguar engineers have worked upon over and over as an area of improvement. Get the XE to higher speeds on the highway and the engine really settles down with ease and it's easy to enjoy the car in this character. One of the characteristics of he Ingenium diesel is the rapid build up of torque from very low speeds, enabled by turbochargers. 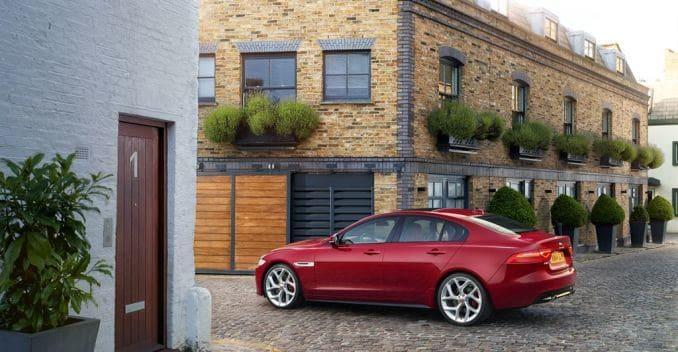 There is a generous 430 nm of torque on offer and the power delivery isn't mad but more in control and linear. I did hear a faint diesel rumble when the needle gets past 3000 rpm but nothing too intrusive. Some bits of road noise does creep in but the NVH levels inside the cabin are fairly good. The petrol XE too is very refined and of course much more agile to drive as it does pack a punch. I only drove the automatic variants with the 8-speed ZF auto transmission, which does make for an engaging drive being quick and precise even with downshifts. And it's this automatic gearbox that will make it to our shores next year and not the 6-speed manual transmission that's also on offer.
A good mix of twisty mountain roads and straight line highways lay ahead on our test route and a dash of rain here and I couldn't have asked for more interesting test conditions. Jaguar has been quite vocal about the XE having all the characteristics of being a driver's car especially with the new lightweight aluminium chassis using the heavier double wishbone front suspension and the integral link rear suspension. All that harping did have some substance as the car's ride and handling are quite impressive combining smoothness and agility. We did drive the cars in the passive sports setup as well as the adaptive suspension option, which did feel fairly stiff on the smooth tarmac in Spain. Back home in India, the passive comfort set-up of the chassis would be more suited as it will allow for handling on broken roads. But the electric power steering is quite the icing on the cake with fantastic feel and weight topping it with precision for a fun driving experience. Does it match up to the driving dynamics of the BMW 3-series? Yes it almost does, atleast for me as it could a bit subjective to your driving style of course. 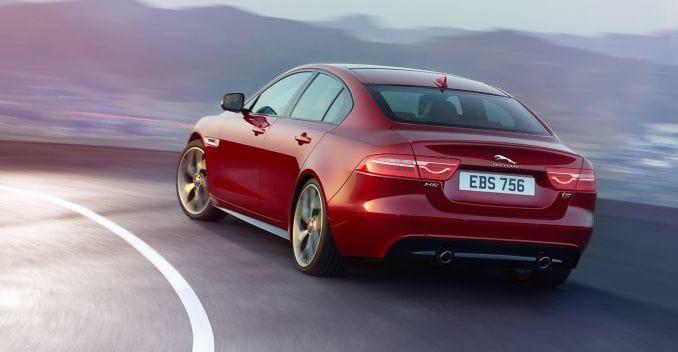 Things got more interesting as I hit the Navarra track and had the supercharged 3.0 lite V6 XE waiting, almost like it had a point to prove. It was no coincidence that the Jaguar did bring us here to test the F-type convertible as well. With similar engines to that monster, the XE didn't disappoint, behaved quite well on the track and that doesn't necessarily mean boring in this case. The impressive handling earlier on the road gets on the track as well and lots of room to enjoy that 450 nm of generous torque. This top of the line XE S petrol is also in consideration for debuting in India first before the Ingenium diesel comes to us. 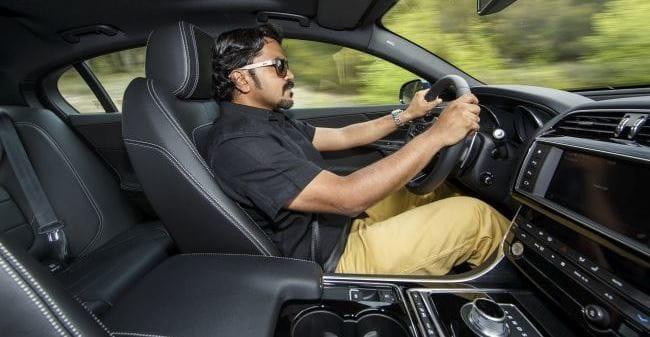 With the driving dynamics out of the way, it was time for me to test the other crucial component for it's success in the Indian market - backseat comfort and space. As much as Jaguar would want to position this as a driver's car, in India buyers would still be found cooling their heels in the rear. So I got myself to be chauffer driven for a while just to experience the back seat comfort. The seats are quite nice and comfortable with the right amount of stiffness and the integral rear suspension also makes it quite smooth. But space is just about sufficient especially with the headroom and the legroom. The keyword here being sufficient meaning it could put a question in the buyer's head. The rear seats gets individual AC vents in the middle and can be heated too. With the transmission tunnel in the middle it can seat 2 adults and a child comfortably. In summary, this might be a small chink in the armour of the XE but Jaguar hopes to fill soon with an extended wheelbase version in the works especially for markets like China and India. The boot is faily large at 455 litres and you also have the rear seats folding in the 40:20:40 ratio making it quite generous. 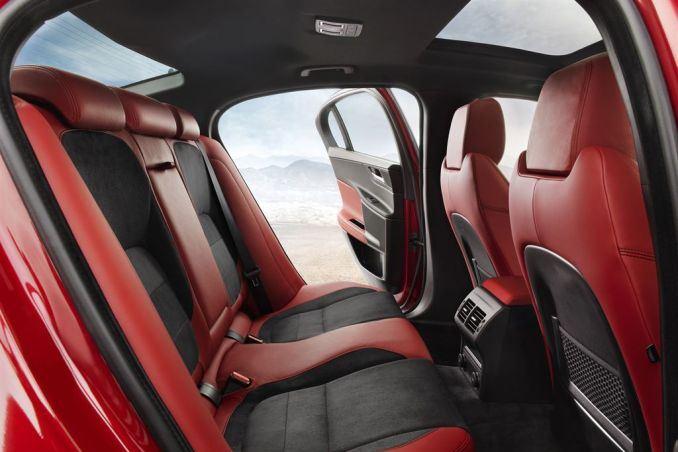 Soon I was back behind the wheel to check out the driver ergonomics on board the XE. I quite enjoyed the slightly lower driving position with the contour hugging front seats offering a sporty feel. The cabin does feel premium with some good quality material around the dashboard quite neatly laid out. I also did have a go at the new 8-inch touchscreen for the new InControl infotainment and found it quite a user-friendly and simple interface. But couple of areas that did bother us was the AC vents near the door that protruded a bit too much that a couple of us did get ourselves hurt as we got inside the cabin. Also the position of the 4 power window switches on the driver's side door is a bit far to reach and I did take sometime to get it right. Overall, the new Mercedes-Benz C-class is still the one that scores over the others including the XE with it's rich and plush interior feel. 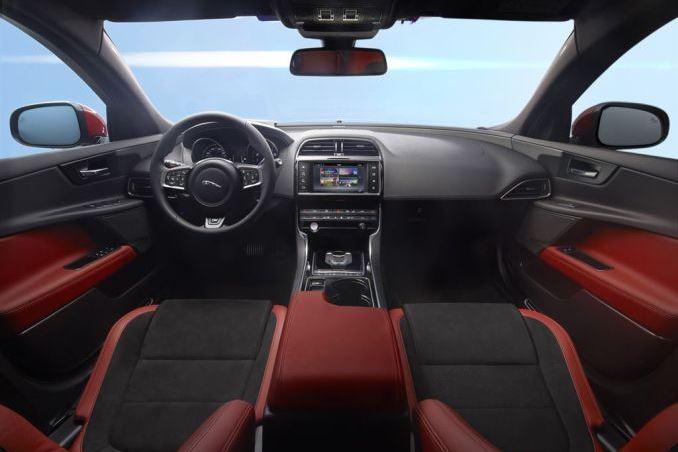 It almost feels strange when I talk about the Jaguar styling of the XE at the end of my review and that's purely it has been discussed in detail in the past as one of the car's big strengths. The XE's aerodynamic styling does catch your eye especially when in motion and the signature J-blade running lights to top it. Lots of heads turned as we drove past many towns around the Navarra countryside and Ian Callum and his team can rest easy.
So when does the car come to India? The XE is expected to arrive early next year after a possible big bang launch at the Delhi Auto Expo in February. Jaguar is exploring the option of introducing the XE as a CKD rather than a CBU to give it more flexibility in pricing. For me, pricing position of the XE will of course be crucial for it to succeed in India and that means a larger gap from the XF base price to avoid upselling. All that hype around the XE is well-deserved as the Jaguar finally has a worthy competitor to the German big boys in this segment.