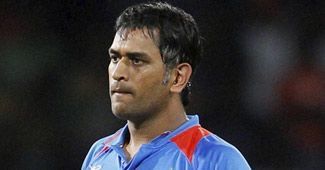 Involved in match-fixing in cricket is a big news coming. Indian captain Mahendra Singh Dhoni, this time the finger is pointed at.
Although the Supreme Court has been presented in this report are for players not named. Dhoni is also captain of the Chennai Super Kings of the IPL. Super Kings owner Gurunath N Srinivasan Mayppan Justice Mudgal's son guilty of betting.

Aaj Tak Justice Mukul Mudgal to Sampath Kumar from the copy of the report has been submitted. Posted in Tamil Nadu SP (railway) Sampath Kumar last year were investigating a case involving a fake passport. During the investigation, he spoke with some bookmakers. But a man named Vikram Agarwal said the site was about to open his mouth. Uttam Jain, a resident of Chennai is the mastermind of the betting.

's. Best subsequently discovered that the May 12, 2013 match between Rajasthan and Chennai were planning to fix.

According to the report dated April 27, 2013 after a dinner party conversation began again and Vikram Agrawal reported that the deal is excellent. In fact, reported Mayppan Dhoni in Chennai are ready to play according to plan, and will his team scored 140. Sanjay and Vikram Agarwal in Jaipur The information provided through name calling when a man stood near perfect Vikram. On June 10, 2013 by CID of Tamil Nadu police arrested Vikram Agarwal.​ 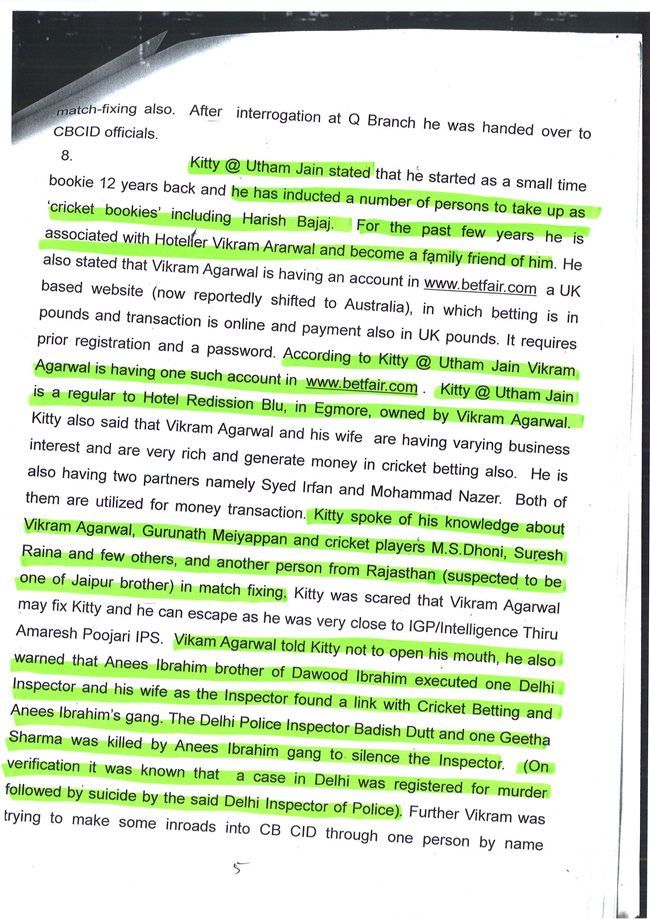