India Through the Lens 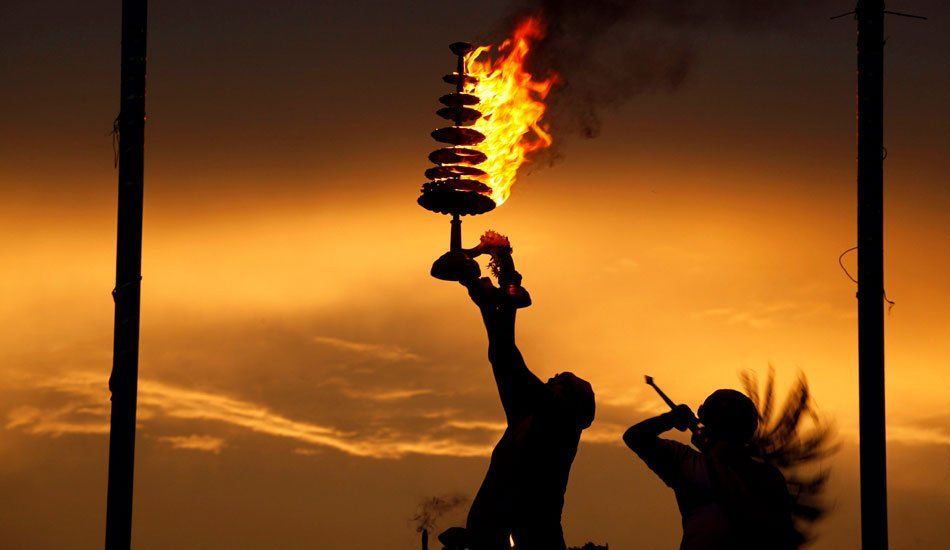 
A Hindu priest holds a traditional oil lamp as he performs prayers on the banks of the River Ganges in Allahabad, India, Friday, June 17, 2011. Allahabad, located on the confluence of the Rivers Ganges and Yamuna, is one of Hinduism's holiest centers. 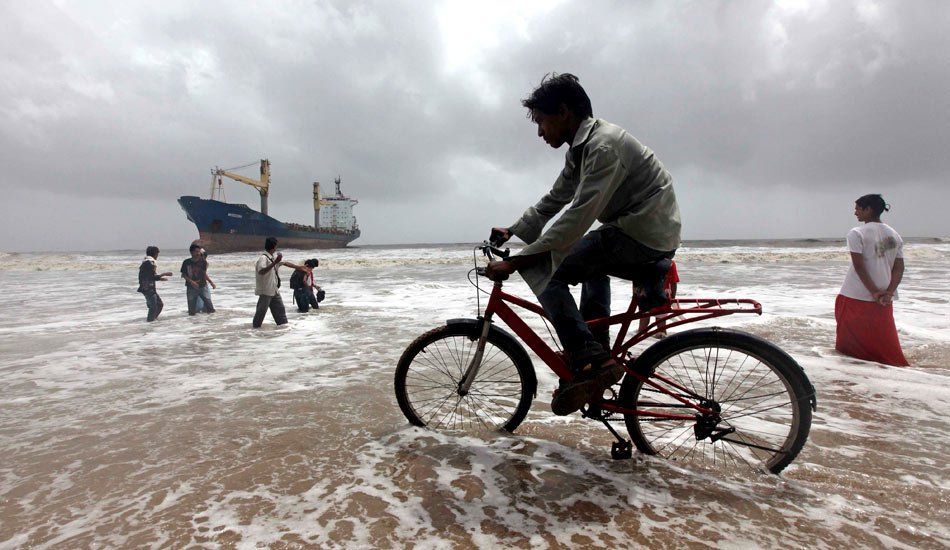 
People play in the sea against the backdrop of merchant ship MV Wisdom which ran aground at Chowpatty Beach in Mumbai, India, Friday, June 17, 2011. The ship went adrift after breaking loose while being towed from Colombo to Alang in Gujarat, for being broken as scrap. 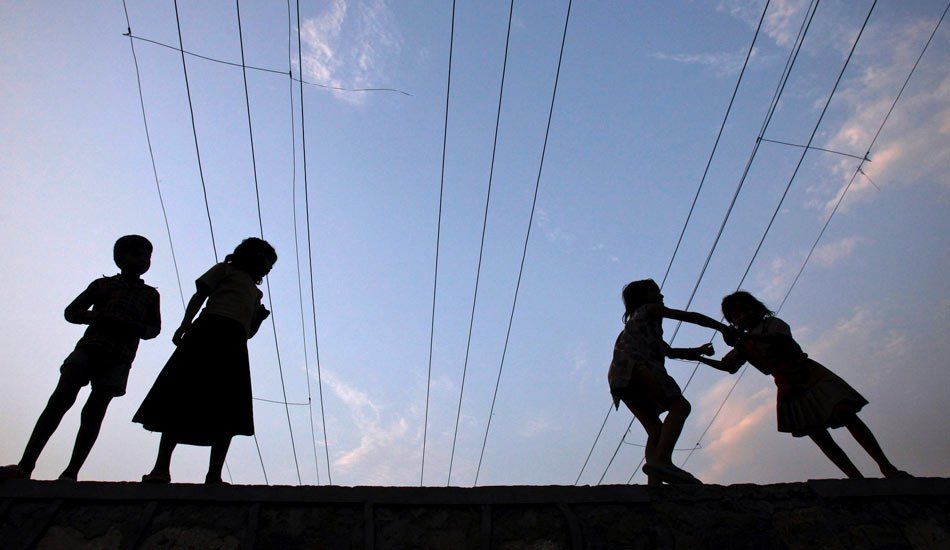 
Children play on top of a wall under the overhead high voltage electric cables during the evening in the old quarters of Delhi June 19, 2011. 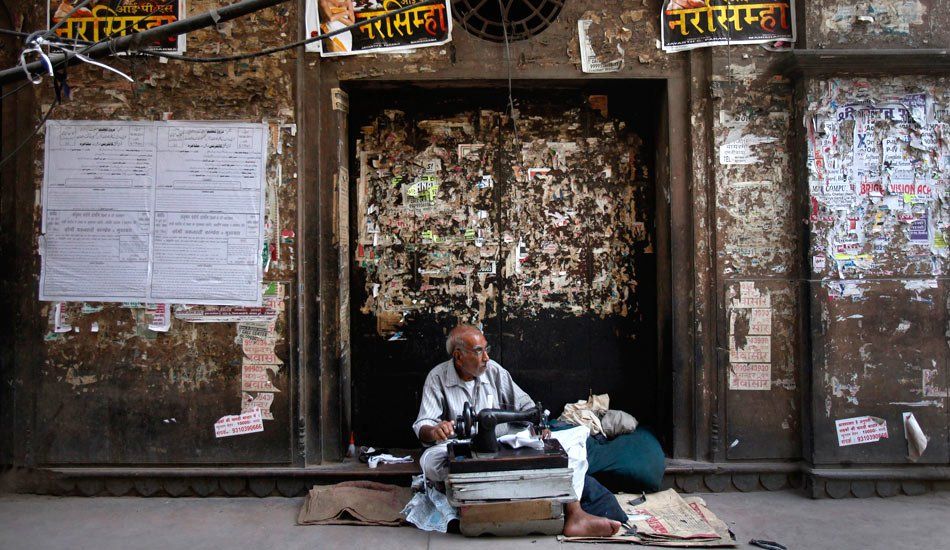 
A man sews clothes in front of a wall with posters of Hindi movie 'Ips Narsimha' on a street in the old quarters of Delhi June 19, 2011. 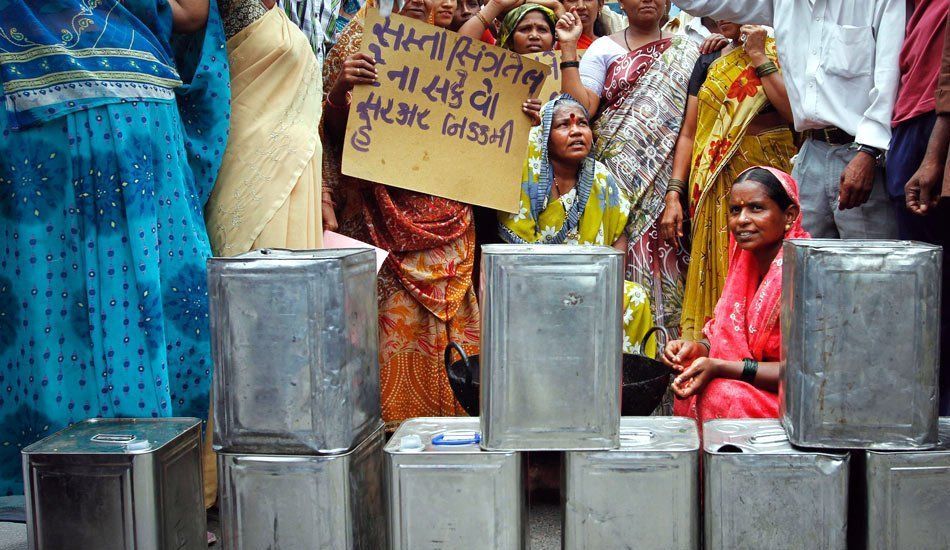 
Women sit beside empty edible oil tin containers during a protest against what they say hike in the prices of edible oil in the western Indian city of Ahmedabad June 19, 2011. India is expecting food inflation to fall further in the second half of the fiscal year as forecasts of a normal monsoon raise prospects of a bumper grain and oilseed harvest. The placard reads: "The government is useless if it cannot provide cheap edible oil to the people". 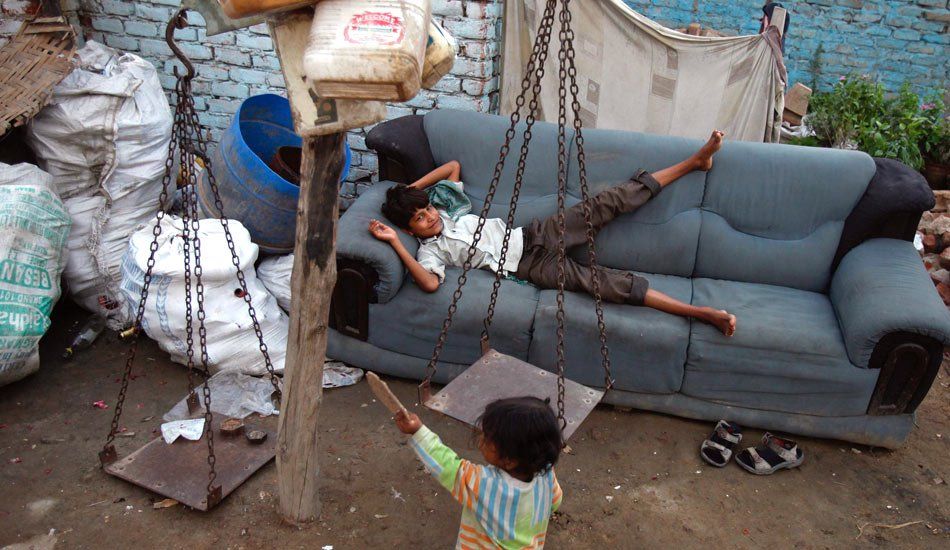 
A boy lies on a used sofa as a girl plays with a weighing scale inside the compound of a scrap dealer's shop in New Delhi June 19, 2011. 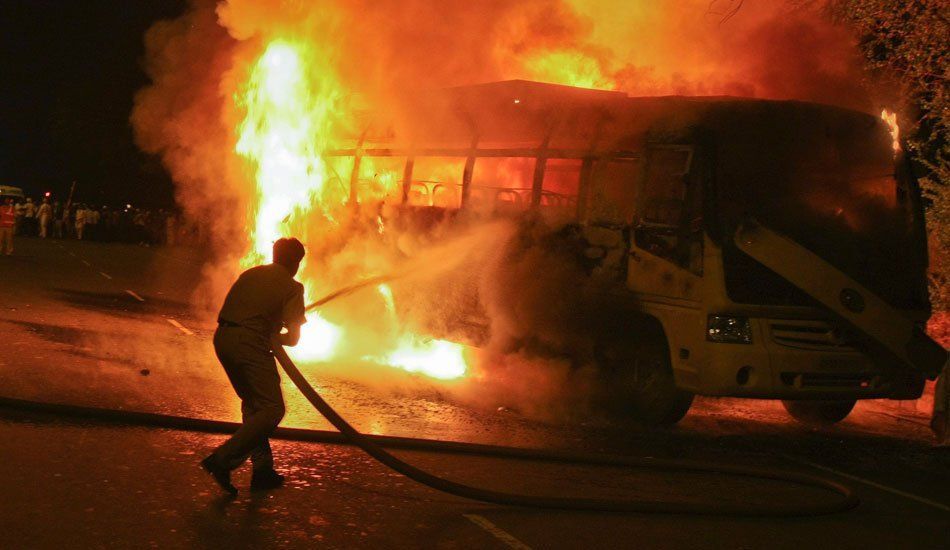 
A firefighter tries to extinguish a burning bus which was set ablaze by a mob, after the bus reportedly ran into a group of people who were on their way to the Nada Sahib Gurudwara, or Sikh temple, in the northern Indian city of Chandigarh June 18, 2011. At least three people were killed in the accident on Saturday night, local media reported. Picture taken June 18, 2011.


A woman vendor sets umbrellas up for sale on a roadside pavement in the western Indian city of Ahmedabad June 19, 2011. India's Meteorological Department is expected to release its outlook for the rest of the monsoon season early next week. 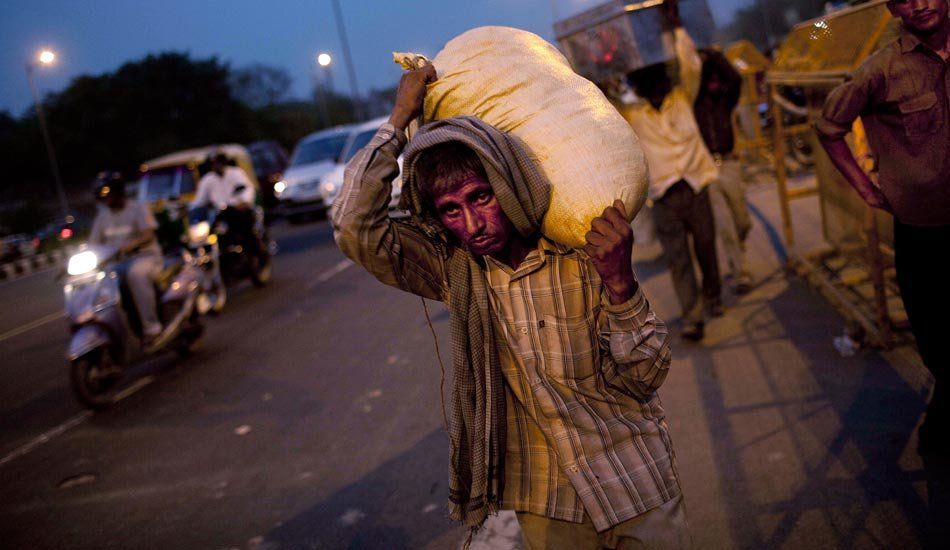 
An Indian migrant laborer carries a bag of goods along the street, in New Delhi, India, Tuesday, June 7, 2011. Hundreds of thousands of migrant workers have swelled the population of India's capital city in recent years. 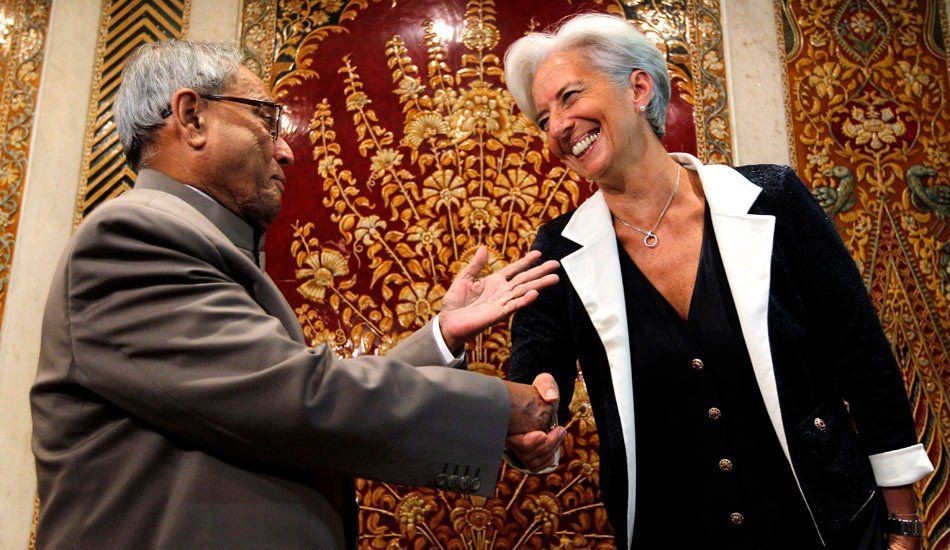 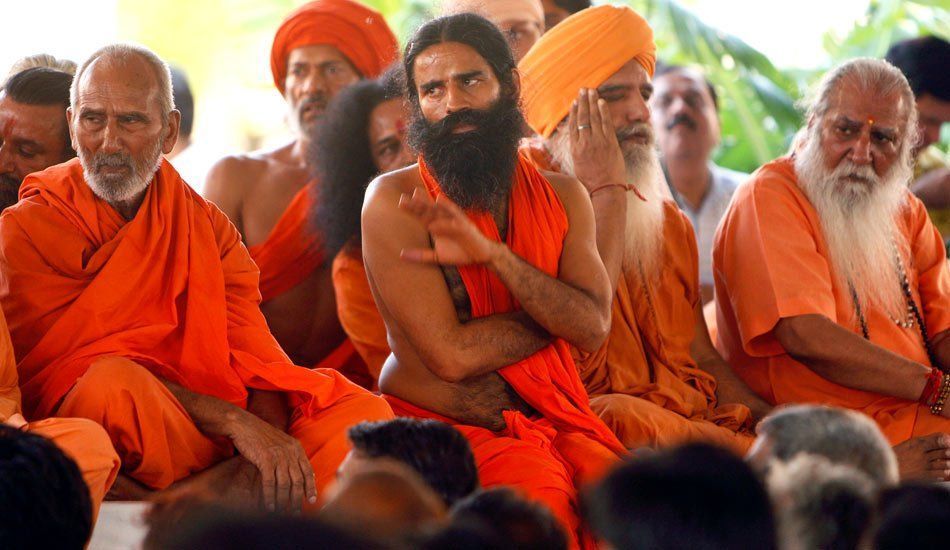 
Indian yoga guru Baba Ramdev, center, sits with others during a public interaction at his ashram in Haridwar, India, Tuesday, June 7, 2011. The television star and yoga guru leading tens of thousands of people protesting Indian corruption said he resumed a hunger strike Monday in the northern Hindu pilgrimage city after police ousted him from the capital. Baba Ramdev, along with tens of thousands of supporters, had earlier began fasting Saturday in a massive tent camp in New Delhi, despite reaching an 11th-hour agreement with the government on his demands to battle graft. 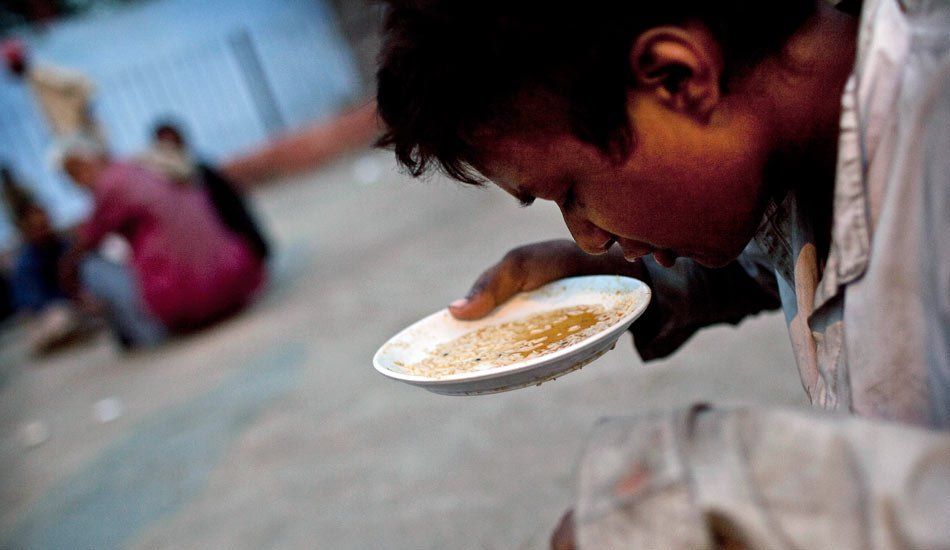 
A Indian youth eats food distributed by a local charity outside the Hanuman Mandir, or the temple of the monkey god, in New Delhi, India, Tuesday, June 7, 2011.Known for his strength and valor, Hanuman is one of the most popular gods in the crowded pantheon of Hindu deities. 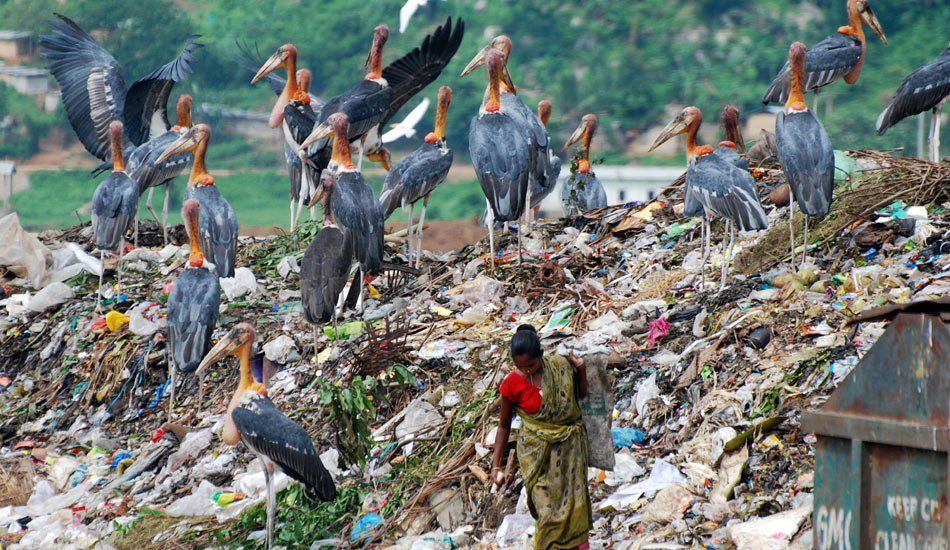 
Great Adjutant storks stand as a woman rag-picker collects recyclables at the biggest garbage dump in the northeastern state of Assam on the eve of World Environment Day at the Boragoan area in Guwahati on June 4, 2011. The UN declared 2011 the International Year of Forests with this year's World Environment Day theme 'Forests: Nature at your Service'. 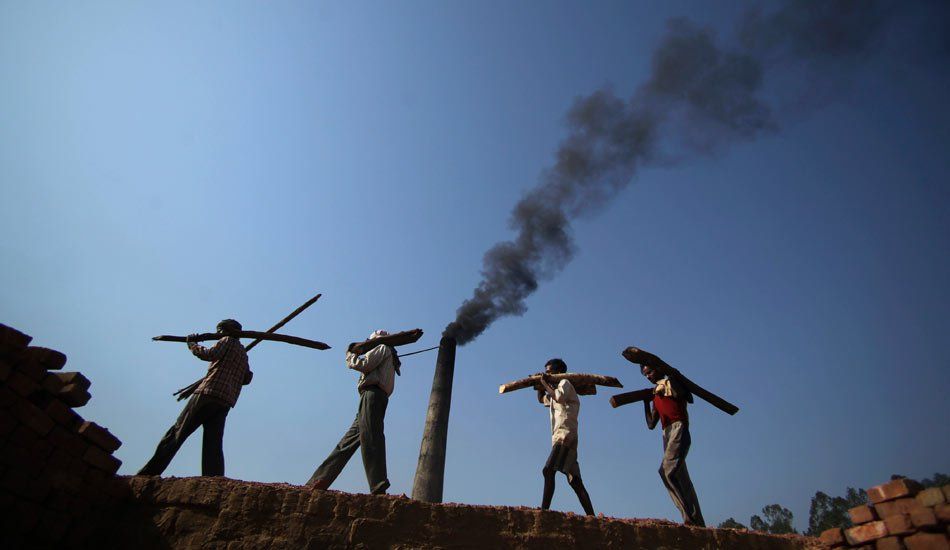 
Indian laborers carry firewood, as smoke rises from a brick factory on the outskirts of Jammu, India, Saturday, June 4, 2011. India accounts for 5.5 percent of world greenhouse gas emissions. World Environment Day will be marked on June 5. 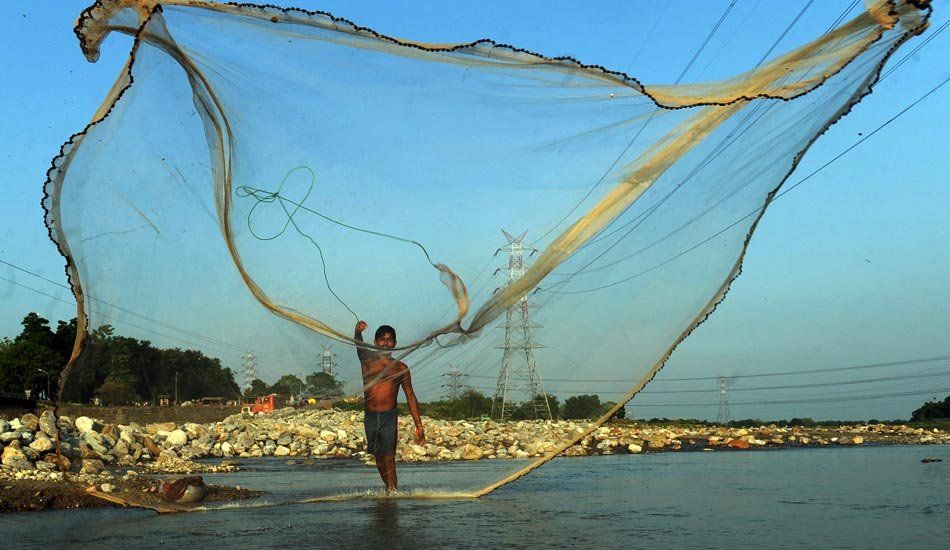 
A fisherman throws his net into a river on the outskirts of Siliguri on June 3, 2011. India's West Bengal state where rice and fish is a staple diet, contributing 37 percent of India's pond resources of which 70 percent are utilised for fishing.