Satnam Singh, one of the six Indian sailors, arrives in New Delhi, after being held captive by Somali pirates for over 10 months in the MV Suez cargo vessel. Photo: V.V. Krishnan

People gather near the accident site where a passenger train collided with a loaded truck at Harli village near Gaya. Photo: PTI

An injured activist of the Students' Federation of India during a protest at Kanayannur taluk office in Kochi against the policies in education sector. Photo: H.Vibhu.

Youth Congress activists burn the effigy of BJP president Nitin Gadkari to protest against his remarks against Congress leaders, in Kolkata. Photo: PTI

A vehicle is in flames after a clash between police and members of Krishak Mukti Sangram Samiti in Guwahati. Photo: PTI

A member of Krishak Mukti Sangram Samiti smashes a vehicle during a violent clash in Guwahati. Photo: PTI

A student runs after a police officer to beg for his college fee during a protest against what students say is a fee hike of 182 colleges affiliated with the state Punjab University, in the northern Indian city of Chandigarh July 8, 2011 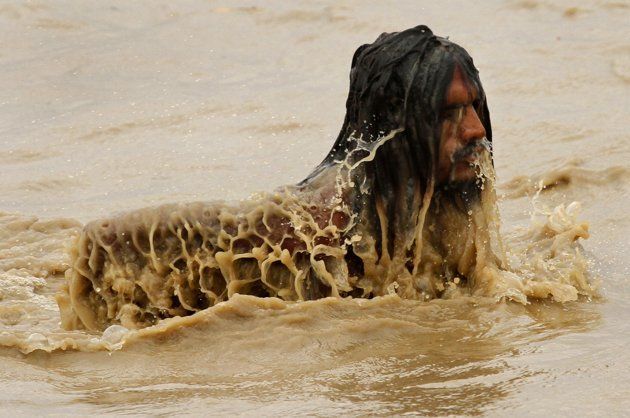 A holy man takes a dip in the River Ganges, which appears muddy and swollen after heavy rains in upstream areas, in Allahabad, Thursday, June 30, 2011 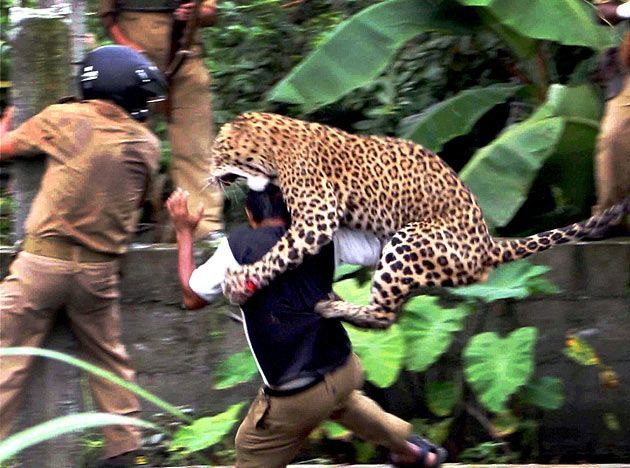 In this July 19, 2011 photo, a leopard attacks a forest guard at Prakash Nagar village near Salugara, on the outskirts of Siliguri, India. The leopard strayed into the village area and attacked several villagers, including at least four guards, before being caught by forest officials, according to news reports. The leopard, which suffered injuries caused by knives and batons, died later in the evening at a veterinary center. The forest guard being attacked was injured 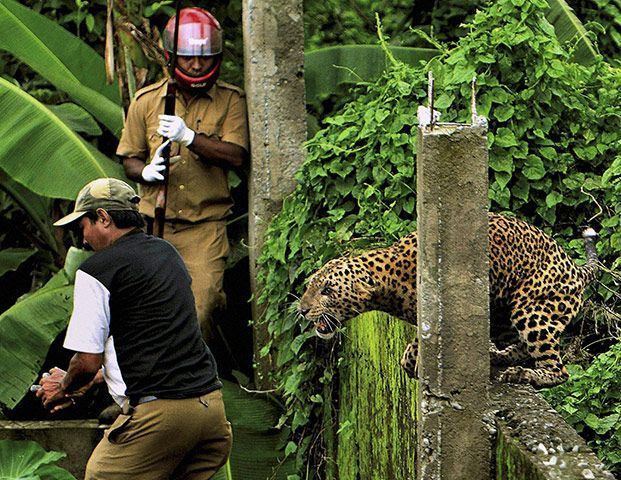 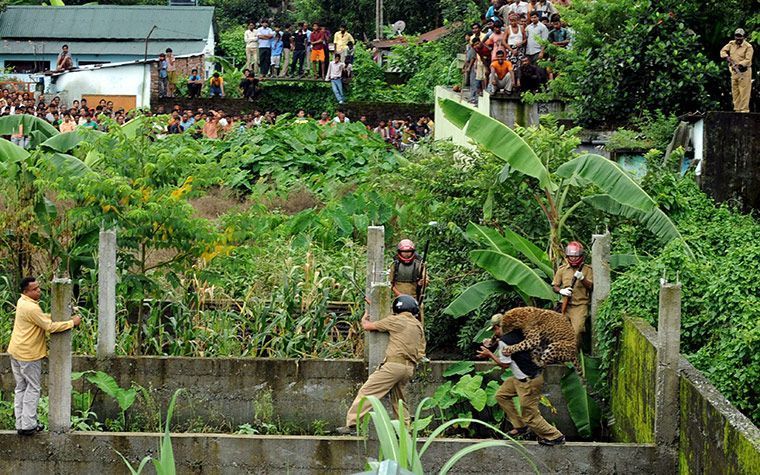 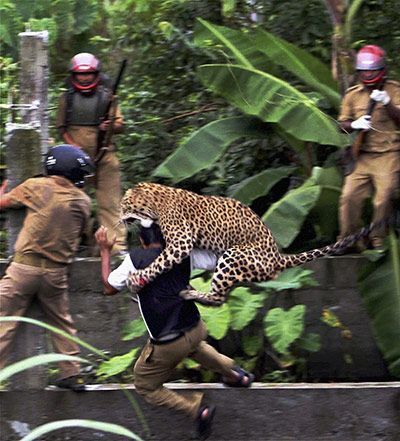 The animal leaps on an armed forest guard in Prakash Nagar village, India 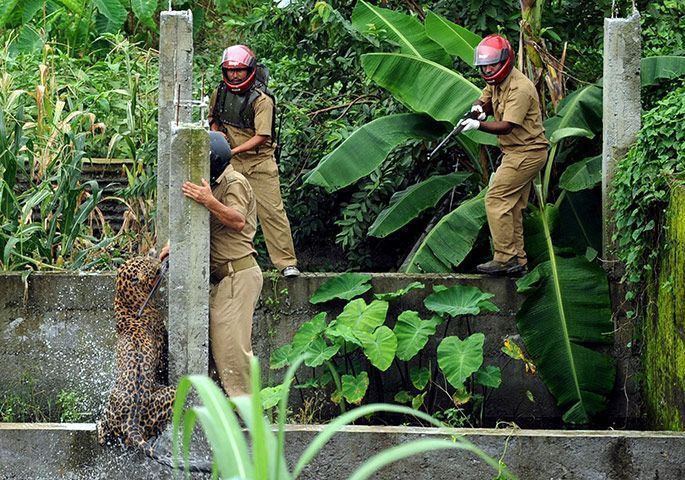 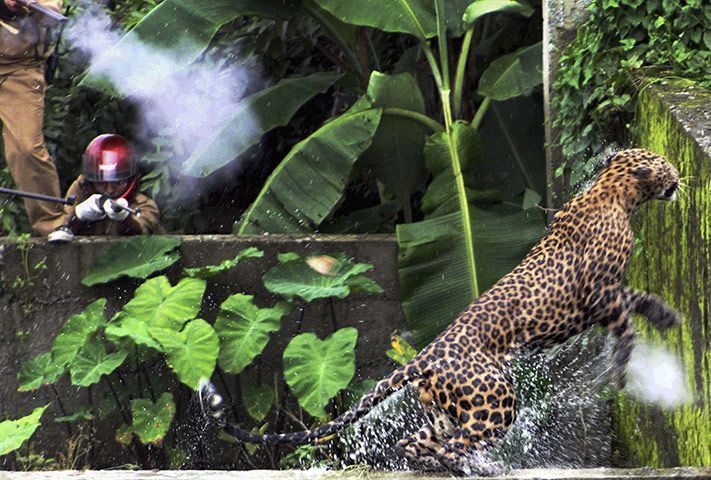 The animal tries to escape from forestry officials 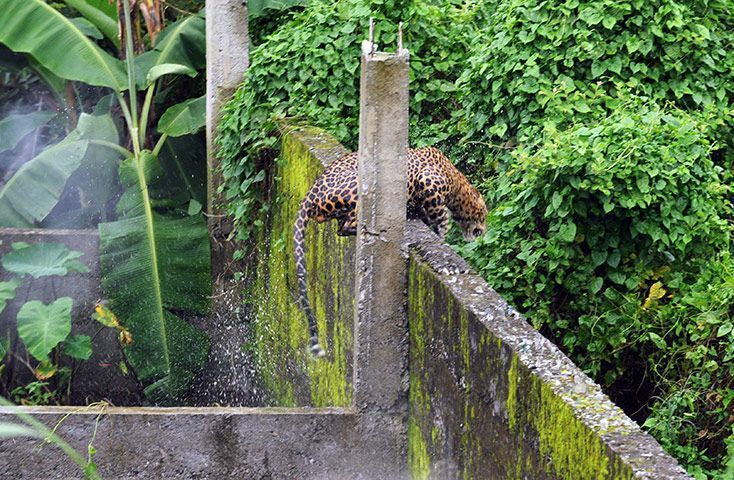 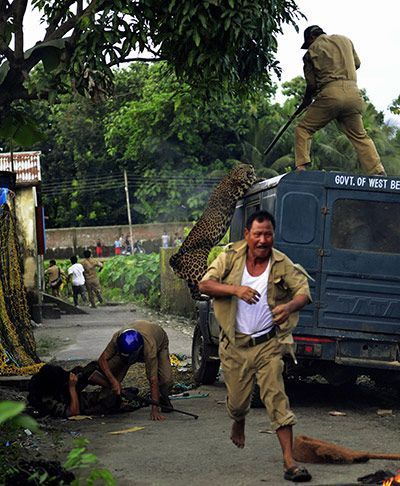 A forest guard prepares to shoot the leopard with rubber bullets after he and his colleagues were attacked. Officials made several attempts to tranquilize the animal – many were injured in the process
You must log in or register to reply here.
Similar threads