Indira Gandhi International Airport management has said that it doesn't have funds to pay the bill of security personnel deployed there. 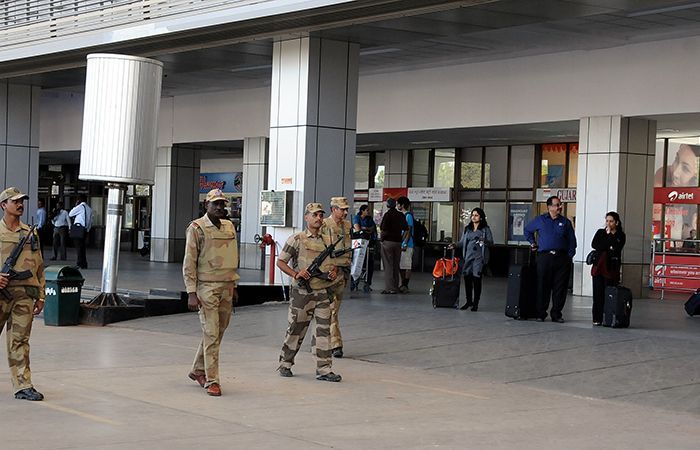 Central Industrial Security Force chief O P Singh recently wrote to aviation secretary R N Choubey that 59 airports across India owe Rs 735.3 crore to the force for personnel deployment. Of this, Rs 655.4 crore -as much as 89% of the total amount -is owed to CISF by Delhi International Airport Private Limited alone.
Asked why DIAL was not clearing the dues, its spokesman said:
“According to the state support agreement signed over 10 years ago, we are authorised to collect Rs 130 per passenger to reimburse salaries paid to CISF personnel manning our airport.However, after recommendations of the Seventh Pay Commission came into force, the average salary shot up by 100%, or more. The number of personnel, too, has doubled to about 5,000 since Terminal 3 opened.The funds have increasingly become insufficient to meet salary requirements.“

Terminal 3 had opened in 2010, in the runup to the Commonwealth Games held in Delhi that year.
A senior aviation ministry official said:
“There is a mark-up in CISF billing by about 28%. We have pointed out some items included in the billing that we feel should not be there. Also, the aviation ministry has asked the home ministry to treat security at airports as a sovereign function (which should not be billed at commercial rates to airports).We are hopeful of early redressal of these issues.“
The aviation ministry is aggressively pushing for adoption of technology, which will reduce costs. CISF, on its part, is worried about the mounting dues, as it has to pay its personnel in time and meet other expenses, irrespective of whether airport operators pay up or not.

CISF chief Singh's letter to Choubey says: “..during last 12 months, total dues have further increased from Rs 542.57 crore to Rs 735.33 crore.... The escalating dues are a matter of grave concern. It also invites adverse comments from statutory bodies, including the Comptroller and Auditor General and the parliamentary standing committee relating to home affairs. I would, therefore, request you to.... issue necessary instructions to Airports Authority of India and managements of private airports for liquidating the outstanding amount as early as possible (sic).“​
You must log in or register to reply here.
Similar threads
Singaporean held at IGI airport with 7 kg of hashish
NRI murders lover’s husband, held at IGI
Wanted IM terrorist flies into Delhi from UAE, arrested at IGI
Newly-wed woman dons burqa, deserts husband at IGI washroom
27 held at IGI with 'fake' visas; tip-off came to call centr
Share:
Facebook Twitter Pinterest WhatsApp Link
Top