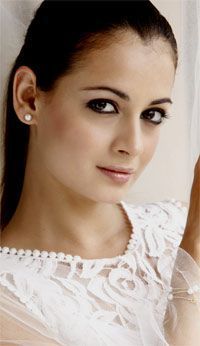 The sheer delight of watching Arshad Warsi play the lead rather the supremely selfassured sidekick gives this otherwise-pale rom-com a cutting edge.

Arshad in his own words plays a guy, who van see dead people. Wish he could see dead plots too.

The screenplay by Arshad Warsi, Soumik Sen and Arshad Ali Syed is a deadweight carried forward not by any inward propulsion, conviction or compulsion but by the producer-leading mans will to create a slick and cool space for himself within the stifling space allotted to a one-note film about friendly spirits and a disbelieving girlfriend.

The romantic lady Dia Mirza is very adept at expressing energetic exasperation. She is whiny clingy and bossy just like over-protective girlfriends tend to be.

Arshad is very skilled at conveying the killing anxieties of cautious courtship.He reminds one of Saif Ali Khan in Dil Chahta Hai, though we and this baggy film are not even going there.

Warsi is ill- supported by poor writing. His characters three-layered encounter with ghosts and their pre-burial trauma is at the most, cinematic knick-knack bereft of any subtext or layering.Director Kabir Kaushik was far more successful getting Arshad to play a tough gritty idealistic cop in Saher. Here the bewildered lover-boy with a hotline to the supernatural is just not in his element. 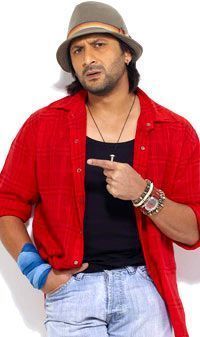 The narrative is so shallow at times that you wonder if there are ghosts of relevances hovering beyond the range of vision. But no. What we see is what we get.

While the plot totters along at a sluggish pace, sporadic moments of humour and warmth creep in willy-nilly. These are too infrequent to sustain our interest.

However the chemistry between Warsi and Mirza is first-rate. They clutch at each other without awkwardness and speak to one another as though the words were not conscious of the camera. Wish this film was just about Hum and Tum. The Ghost could have been left to the Shyamalans and Vikram Bhatts of the cine-world.

Some of the music by Shankar-Ehsaan-Loy is hummably romantic. Ashok Mehtas cinematography creates a picture-postcard world of over-cute confections. Sadly these are not even true confections, Just artificial chocolates packed into a neat box and gift-wrapped for a unit desperate to do a desi take on the American rom-com.

Arshad gets it right. The rest just dont get the point.They see dead people.We see a dead film.
S