How to Prevent a Stroke in Middle Age

The number of people having a stroke in their 40s and 50s has risen dramatically. So how can you minimise the risk of it happening to you?

The number of people in their 40s and 50s having strokes has rocketed, with obesity and sedentary lifestyles blamed for the rise. New NHS figures show that since 2000, the number of men aged 40 to 54 in England hospitalised after stroke has grown by 46%, and among women, 30%. And for working-age sufferers, stroke can have a crippling financial impact. According to the Stroke Association, lost income due to death and disability caused by a stroke has been estimated to cost those affected £1.3bn a year. “Stroke survivors unable to return to work can struggle to cope with a fall in income, increased household bills and a benefits system that does not recognise the full impact of stroke,” says Jon Barrick, the charity’s chief executive.

The more swiftly a stroke is diagnosed and treated, the better a patient’s recovery will be. But how can you reduce the risk of it happening to you in the first place?


1. Don’t kid yourself it’s too late to quit smoking

Smoking furs up your arteries, increasing the chance of a blood clot, and makes you more likely to develop high blood pressure – the biggest risk factor for stroke. What if I’m in my 40s and have been doing it for 20 years or so, you might ask – haven’t I missed the chance to reverse the damage? “Absolutely not,” says Professor Peter Rothwell, head of Oxford University’s stroke prevention unit. “There’s been a lot of work done on that which shows convincingly that once you stop smoking, the excess risk of death due to smoking has pretty much disappeared after 10 years – but that well before that the risk of stroke and heart attack start to drop as well. Even people who stop smoking in their 60s and 70s can eventually detect a benefit, and for people in their 30s and 40s the benefit is substantial.” 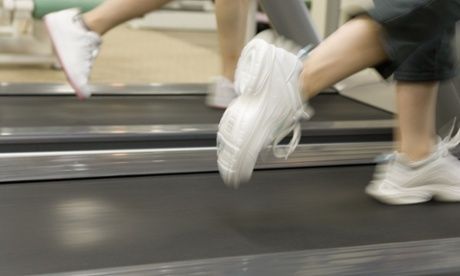 2. Don’t fixate on how many calories you burn

Exercise is key to stroke prevention, helping to lower blood pressure and aiding weight loss. Official advice is to aim to build up to 30 minutes, five times a week. But if you’re just starting to get active, sessions on the treadmill can seem depressingly slow to clock up results. You’ve got to remember the benefits are much greater than the numbers on the display, says Rothwell. “If you’ve been running for half an hour and you’ve burned 50 calories – about a quarter of a Kit Kat – that sounds disheartening,” he explains. “But what happens when you exercise is that you reset your baseline metabolic rate, so that you’re actually burning more calories the rest of the time.”


3. Don’t beat yourself up if you don’t stick to a planned exercise regime

If you make a plan to go for a brisk half-hour walk every day and then miss a few days, don’t think you’ve failed and give up entirely. “You don’t lose the benefits of exercise by stopping for a short time,” Rothwell says. And don’t be daunted by the 30-minutes, five-times-a-week guideline, either – it’s a recommendation. “It isn’t an all-or-nothing thing,” he says. “Doing a little bit of exercise is better than none and doing a bit more is better than a bit less.”


4. Stock up on herbs and spices and make your own bread 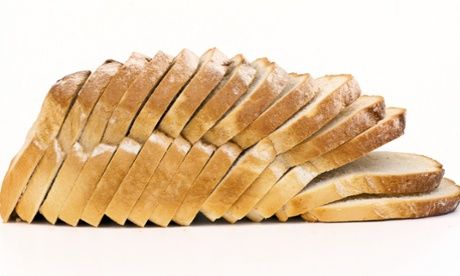 When it comes to diet, reducing your intake of salt – another cause of high blood pressure – is without a doubt the most important change you can make, says Professor Tony Rudd, NHS England’s national clinical director for stroke. Fear you’ll be waving goodbye to flavour? Get used to seasoning your food with herbs, spices and black pepper instead. And be aware that bread is one of the biggest sources of salt in our diets. Rudd advises his patients to invest £100 in a breadmaker, so they can control the amount of salt that goes into each loaf. “Our bodies were evolved to eat hunter-gatherer-type foods, which didn’t include spreading salt all over chips,” he adds.

Research shows that being obese increases the chances of having a stroke related to a blood clot by 64%, so cutting down on high-fat foods, eating more fibre and getting your five fruit and veg a day can all help reduce stroke risk. Having breakfast will make you feel healthier and stop you snacking during the day, the Stroke Association points out. Top your cereal or porridge with some fruit and that’s one of your five a day covered. Other tips include keeping a food diary to keep track of what you’re really eating and using smaller dishes to cut control portion sizes. “If you want to lose weight it’s a question of not taking seconds, cutting 20% off your normal plate size, and being disciplined about it,” Rudd says.


6. Spread your drinking out over the week 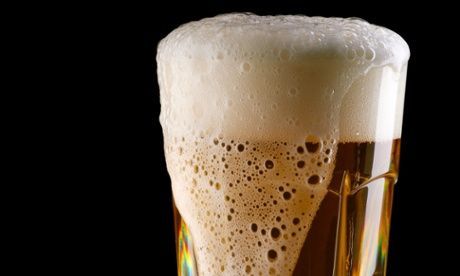 Binge drinking can cause surges in blood pressure that greatly increase your stroke risk. NHS guidelines currently say men should stick to three or four units a day and women should have no more than two or three units a day. (That’s 28 and 21 units respectively over the course of a week, though Rudd thinks those figures should be 21 and 14.) “The important thing is not to drink it all in one go, or even just split it between Friday and Saturday,” he says. “Always make sure you hydrate before you start drinking so you’re not drinking to quench your thirst. Start off with a few soft drinks, or water.”

Women tend to get their blood pressure monitored throughout their adult lives – things like going on the pill, getting pregnant or starting HRT all mean regular checks. But men can get to their 60s without having it checked for decades, especially as high blood pressure often doesn’t come with symptoms. You can get your GP to do it, but Rothwell suggests the easiest route can be to simply buy a blood pressure monitor from your local pharmacy (at a cost of around £10 or £15) and check it yourself every few weeks.


8. Don’t be scared to seek help for stress and depression

Although the cause-and-effect relationship between stress or depression and stroke isn’t clear, these mental-health conditions do seem to act as markers, Rothwell explains. People with depression are about twice as likely to have a stroke. Make sure you’re seeing your doctor about any other conditions you may have that increase the risk of stroke, including heart disease, diabetes, high cholesterol and irregular heartbeat. 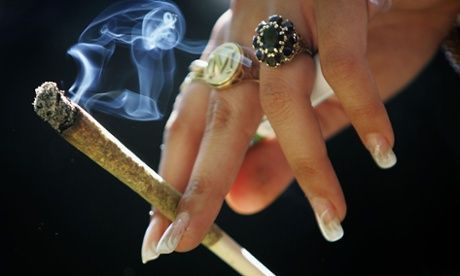 They’re one of the reasons stroke is being seen increasingly in younger people, according to Rudd. “Amphetamine-based drugs cause blood pressure abnormalities and using cocaine can cause your blood vessels to block off as a result of inflammation,” he says. “Even cannabis, I’m afraid – maybe because it’s mixed with tobacco but maybe as the result of an independent effect as well – seems to increase the risk of cardiovascular disease. There aren’t any recreational drugs I’m aware of that are regarded as being risk-free from the point of view of increasing the chance of stroke.”
R