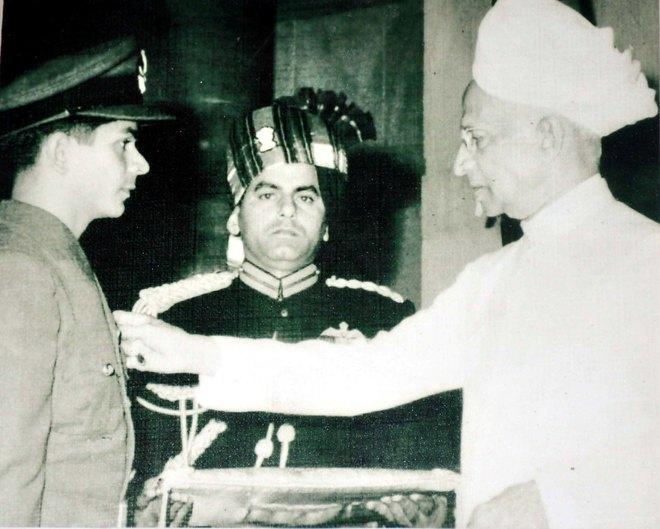 “Do not lament the death of a warrior killed in the battlefield as those who sacrifice their lives in a war are honoured in heaven.”
Uttarakhand is known for its tranquil and scenic beauty and simple, honest and courageous people. A large number of youths from all 13 districts of the state have laid down their lives while safeguarding the geographical boundaries of India since Independence. Even before Independence, Rifleman Gabbar Singh Negi and Naik Darwan Singh Negi of 1st Battalion of 39th Garhwal Rifles were awarded Victoria Cross by the British for their bravery in the First World War. And who could forget immortal Rifleman Jaswant Singh Rawat who has a temple dedicated to him in Arunachal Pradesh.
It is 50 years to the 1965 war with Pakistan. There are a number of recollections of the courage shown by young men from Garhwal Rifles and Uttarakhand youths in other regiments who made the supreme sacrifice of their lives for the country.
Thousands of passengers pass through the portals of the Dehradun railway station, but only a few spare a minute to read the plaques of the war heroes of the 1965 war on platform No. 1 there. The Ministry of Railways had placed the plaques to commemorate the bravery of four 1965 war heroes of the Indian Army who were conferred with Vir Chakra.
One of these brave soldiers was Wing Commander Surapati Bhattacharya, who was awarded Vir Chakra for his bravery in Operation Riddle in 1965. He was the commander of an operational fighter squadron in the western sector. In the face of the enemy ground fire and air opposition, he pressed home attacks and succeeded in destroying a number of enemy tanks, armoured vehicles and troop concentrations.
Another Vir Chakra awardee was Flying Officer Vinod Kumar Neb, who was detailed as Number 2 in a section of two aircraft to carry out a standing patrol over the Halwara airfield. Suddenly, four Pakistan Sabre jets sneaked in low and started attacking the airfield. Flying Officer Neb, though still under training and lacking experience, attacked the enemy formation and shot down one Sabre jet.
Flying Officer Subodh Chandra Mamgain, who was flying as “wingman” in a section on combat air patrol, followed his leader to intercept Pakistan Sabre jets which had attacked the Kalaikunda airfield. Though the enemy aircraft were superior in number and our anti-aircraft guns were active over the combat area, Flying Officer Mamgain engaged the enemy aircraft in complete disregard to his personal safety, and forced them to retreat.
A battalion of Gorkha Rifles was ordered to capture a feature west of Akhnoor, which the enemy had occupied on September 18, 1965. Naib Subedar Ram Prasad Chhetri, who was in command of a platoon, was assigned the task of capturing the strongly-defended enemy depth localities. Though Naib Subedar Chettri was hit by the enemy MMG fire, he continued creeping and overpowered the enemy. He was awarded Vir Chakra for his bravery.
The brave soldiers from Uttarakhand have won more than 1,100 gallantry, and non-gallantry awards, including those won before the nation got independence. Since India got independence, highly motivated, and dedicated youths from Uttarakhand have left no chance to crush the enemy in wars even if it was fought at more than 20,000 feet above the sea level with a bone-chilling temperature of -50°C at the Siachen glacier, or in the deserts of Thar at above 50°C temperature.
The brave soldiers from Uttarakhand have made the supreme sacrifice of their lives in many wars. The government figures show that more than 1,500 soldiers attained martyrdom while safeguarding the motherland since India got independence. Between 19 and 45 years of age and grim-faced Army officers receiving coffins draped in the National Flag, the carriage to the Army parade ground, the set-jawed Shok Shastra farewell salute by steely soldiers were among the few common scenes during the 1965, 1971 and Kargil wars with Pakistan and the 1962 war with China. It is impossible to forget the glorious feat of these fearless soldiers, who made us proud by sacrificing their lives in the line of duty. In fact, it has become a tradition in Uttarakhand to join defence forces. The representation of Uttarakhand in the Indian defence forces has increased year after year. This could be easily gauged from the number of youths from Uttarakhand who take part in the passing-out-parade of the IMA twice a year. Uttarakhand has remained in the first three positions with regard to the number of cadets passing out from the IMA.
You must log in or register to reply here.
Similar threads
Honour killing suspected in Karnal girl's death
Honour Killing In Patiala; Couple Hacked To Death
‘There was no choice’: Inside the mind of an ‘honour’ killer in Pakistan
Pregnant victim's cousin behind Thane honour killing
Rohtak honour killing: Life term for girl’s parents, brother
Share:
Facebook Twitter Pinterest WhatsApp Link
Top