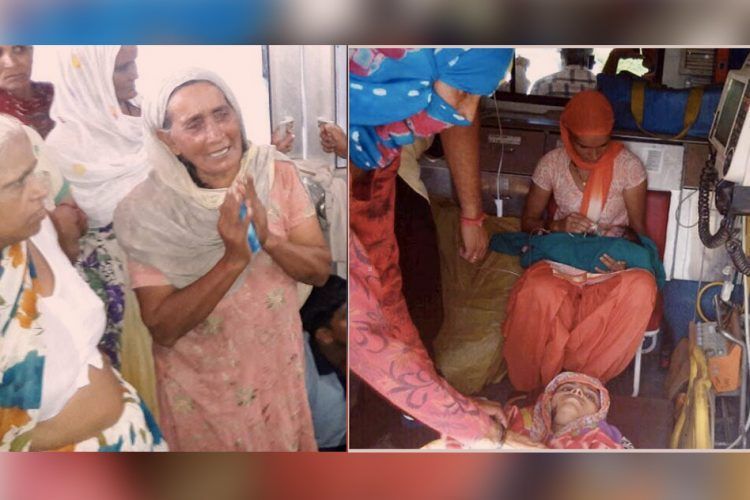 Another incident of carelessness took place in Haryana which once again disclosed the dismal medical condition of our country. The incident happened in Marot village in Jhajjar, Haryana where a woman gave birth to a stillborn child, thanks to the utter negligence of the lady doctor who was supposed to take care of the delivery process.

Vikas, took his wife Preeti to the State Civil Hospital on Sunday where she underwent routine check up and was confirmed for a normal delivery. After that the lady doctor who was supposed to do the delivery, went to her cabin and slept off instead of delivering the child, as Vikas alleged. He said that since by 2am Preeti’s health started deteriorating, he went to call the doctor on duty. But, he was abused and sent back and was told that the delivery would take place at 2pm the next day. On hearing this, Vikas urged the lady doctor to check her wife as her health was worsening. She then called him “crazy” and ordered him to go away as it was time for her to sleep.

Vikas told to the media that his wife suffered the whole night. When, even on the next day Preeti’s situation did not improve, the doctor finally operated her and delivered a baby. Vikas said that the baby’s condition worsened after delivery.

After that, the patient and the child were referred to the PGI hospital in Rohtak. Unfortunately, there was no vacant place in the nursery for admitting the child. Finally, Vikas and his family took the two to the Astha Hospital. There the baby and the mother were admitted but the infant died on Tuesday evening 5pm.

An inconsolable Vikas, who has already lost his son earlier, went to the hospital and demanded that the lady doctor on duty at that night must be arrested immediately or he will continue with the protest. When DSP Rajiv Kumar and SMO Dr. N.K Garg promised to the aggrieved family that they will look into the matter, only then they withdrew the protest.

After Vikas cremated the infant, he went straight to the court where he lodged an FIR against the accused lady doctor. He said that now his main intention is to punish the negligent doctor and the staffs so that no one suffers the same fate as his in future.
You must log in or register to reply here.
Share:
Facebook Twitter Pinterest WhatsApp Share Link
Top