Happy Valentine's Day to all UNPians

Happy St.Valentine's Day
to
all
UNPians 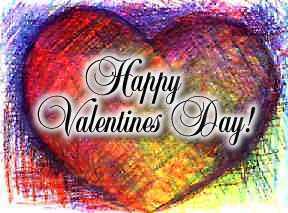 Valentine's Day - the popular festival of love and romances traces its origin to ancient Roman festival and has not been created by card companies as some people believe it to be. There are various legends associated with the festival along with the belief that birds began to mate from this day. Popularity of the Valentine's Day festival stems from the combined effects of all these legends, beliefs and of course the wish to glorify the unparalleled feeling of love.

Feast of Lupercalia
Historians trace the origin of Valentine's Day to ancient Roman Empire. It is said that in the Rome of ancient times people observed a holiday on February 14th to honor Juno - the Queen of Roman Gods and Goddesses. The Romans also regarded Juno as the Goddess of Women and Marriage. On the following day, February 15th began the fertility festival called 'Feast of Lupercalia'. The festival of Lupercalia was celebrated to honor the Gods Lupercus and Faunus - the Roman God of Agriculture besides the legendary founders of Rome, Romulus and Remus.

An interesting custom was followed in the Feast of Lupercalia to bring together young boys and girls who otherwise were strictly separated. On the eve of the festival names of young Roman girls were written on a slip of paper and placed into jars. Each young man drew out a girl's name from the jar and was paired with the girl for the duration of Lupercalia. Sometime pairing lasted for a year until next year's celebration. Quite often, the couple would fall in love with each other and later marry. The custom lasted for a long time until people felt that the custom was un-Christian and that mates should be chosen by sight, not luck.

Defiance by Saint Valentine
The pairing of young boys and girls did set the mood of the Valentine's Day Festival as we know today. But it was actually due to the efforts and daring of a priest St Valentine that the festival got its name and clearer meaning. The story goes that during the reign of Emperor Claudius II Rome was involved in several bloody and unpopular campaigns. Claudius found it tough to get soldiers and felt the reason was men did not join army because they did not wish to leave their wives and families. As a result Claudius cancelled all marriages and engagements in Rome. A romantic at heart priest of Rome Saint Valentine defied Claudius's unjustified order. Along with Saint Marius, St Valentine secretly married couples. When his defiance was discovered, Valentine was brutally beaten and put to death on February 14, about 270 AD. After his death Valentine was named a Saint.

According to another version of legend Valentine was killed because he attempted to help Christians escape from the Roman prison as they were being tortured and beaten there. Yet another popular version of the legend states that while in prison Valentine or Valentinus fell in love with jailer's daughter who visited him during confinement. Before his death Valentine wrote a farewell letter to his sweetheart from the jail and signed ‘From your Valentine'. The expression became quite popular amongst love struck and is still very much in vogue.

By the Middle Ages, Valentine assumed the image of heroic and romantic figure amongst the masses in England and France. Later, when Christianity spread through Rome, the priests moved Lupercalia from February 15 to February 14. Around 498 AD, Pope Gelasius declared February 14 as St. Valentine's Day to honor the martyr Valentinus and to end the pagan celebration.

Beginning of Birds Mating Season
During the Middle Ages, people in England and France held a belief that birds started to look for their mate from February 14. This popular notion further helped to link Valentine's Day - celebrated in the middle of the February, with love and romance. Over the period of time, St Valentine became the patron saint of lovers and they began to celebrate Valentine's Day as a day of romance by exchanging love notes and simple gifts such as flower.

Popularity of St Valentines Day
Valentine's Day festival gradually grew in popularity amongst the masses due to the combined effect of all the above said reasons. To mark the day lovers began to exchange love notes called ‘Valentines' with their sweethearts. In the beginning the trend was to send handmade cards but this was changed in the beginning of 19th century and mass-produced greeting cards caught the fancy of the people. In the course of time, Valentine's day came to be regarded as the festival that celebrates love and not just romantic love. Today, Valentine's Day cards are gifted to teachers, parents, friends, siblings and sweethearts. Popularity of Valentine's Day has spread in countries across the seven continents and is still increasing by the year. .... 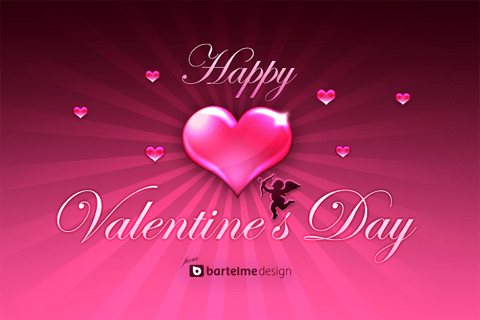 thank you...happy valentines to you and all UNPians from me too

happy valentine day to all 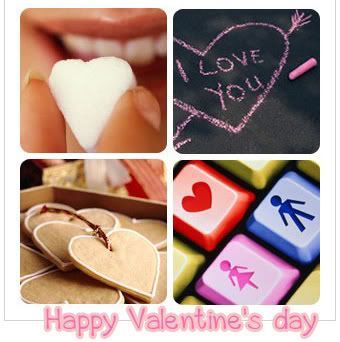