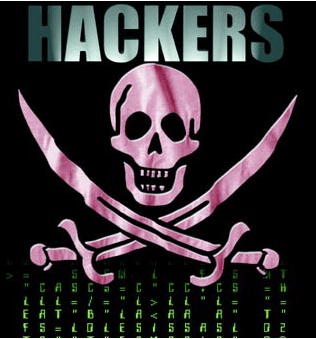 A couple days ago British police and the FBI were celebrating the news that the person supposed to be the leader of LulzSec had been arrested and were getting ready to chuck the book at him. However, it turned out that he wasn’t from LulzSec. The most shocking fact is that the guy might have been grassed up by… another worldwide known hacker group – Anonymous!

The facts point that the locked hacker is Ryan Cleary, who has been charged under the Computer Misuse Act and Fraud Act. Ryan is currently being tied to whatever hacker group LulzSec has done thus far. But the only problem is that the guy wasn’t even a member of the hacker group – Ryan’s involvement with LulzSec was limited to hosting one of their chat groups on his IRC server.

But he turned out to be a member of Anonymous! However, he is not any more, after trying to arrange a coup and take over the group. Of course, the outfit was furious when Ryan got some of its passwords to target the network servers keeping the group’s sites running. In a revenge move, the hacker group outed Ryan and posted his personal details on the Internet, including his home address. By the way, that’s precisely how Inspector Knacker of the Yard and the FBI came to his place.

Meanwhile, LulzSec confirmed that it is operated by 6 members and Ryan Cleary is not in that list. Anonymous member tweeted yesterday that the guy has little to do with LulzSec aside from running IRC chat, while all 6 operators of LulzSec are safe and sound.

As for Anonymous, the group would consider Ryan’s arrest a result, and considering the fact that he couldn’t finger any of them to the police, his arrest only made the group happier. It somehow turned out that the police have arrested a LulzSec IRC admin hated by Anonymous for causing the outfit to fragment. Quite a good catch, isn’t it? That’s what Anonymous thinks, being jolly pleased that the police have arrested a thorn in its side.

At the same time, the reports are emerging that Lulzsec has a coup of its own to address. The rumours are that the members of the outfit have been hacked by the other hactivists from TeaMp0isoN group. The latter published a statement threatening LulzSec with taking down their IRC servers. In the meantime, Anonnews' IRC server is also offline. TeaMp0isoN claimed that LulzSec didn’t relate to the real hacking scene and promised to publish all personal data of Lulzsec members. No peace in the digital world, hah?
You must log in or register to reply here.
Similar threads
Hacker Group Switched to UFO Hoaxing
US charges 5 Chinese hackers, Indian Govt network affected too
FBI Targeted Wrong People In Hacker Raids
Prison 2 WLAN hacker from hell
Hacker Groups Team Up To Hack US Government
Share:
Facebook Twitter Pinterest WhatsApp Link
Top