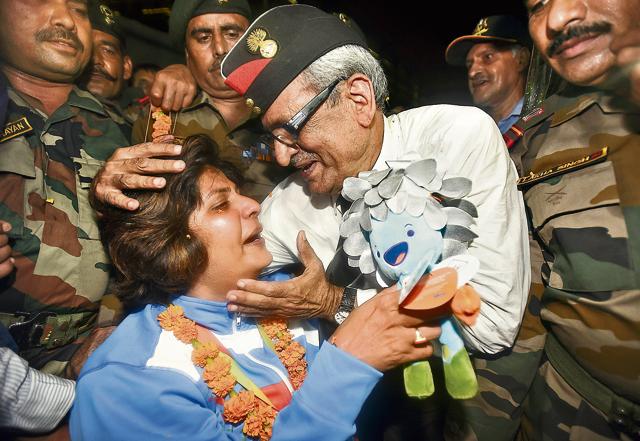 India’s first woman para-athlete to win a silver medal at the Rio Paralympics, Deepa Malik, was accorded a traditional Haryanvi welcome when she landed at the Indira Gandhi International airport in Delhi around 1.30 am on Saturday, along with her husband and daughter.
On September 12, the 45-year-old had created history at the women’s shot put F53 event in Rio Paralympics, with a personal best throw of 4.61 metres.
On Saturday, Haryana sports minister Anil Vij, and director general of sports, Jagdeep Singh, were present at the airport apart from Deepa’s family members, bikers, state officials, and most importantly, hundreds of people who had turned up solely to welcome her.
The Haryana sports department had commandeered a cultural troupe from Faridabad, which played the traditional kettle drums and entertained the crowd for over two hours. Young boys in colourful turbans added to the atmosphere as they matched their steps with the beats of folk music. A couple of dhol players and a brass band also played feverishly in competition with the kettle drum players as people enjoyed the medley of instruments. 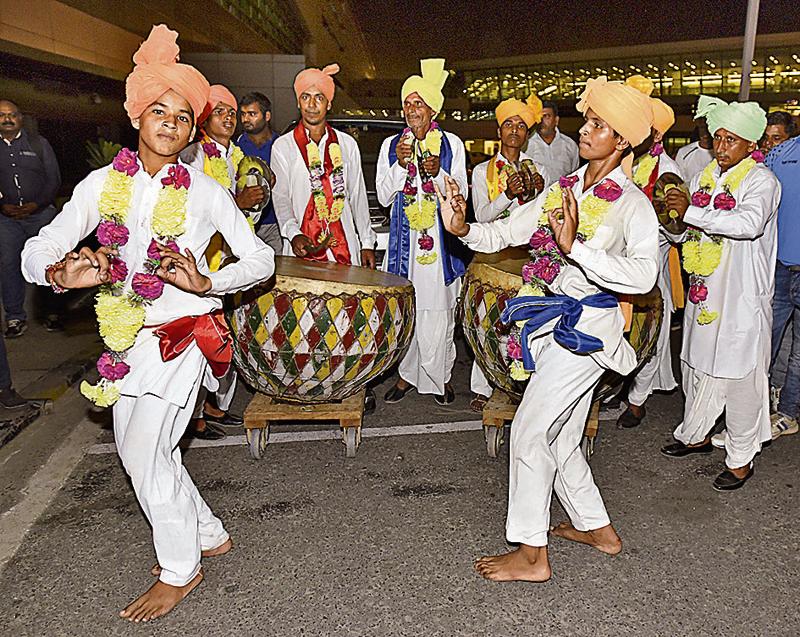 A number of army men were also present as Deepa belongs to a family of armed forces personnel. Her father, Bal Krishan Nagpal, 74, is a retired colonel like her husband. He, along with her mother Veena Nagpal, 71, came down to Deepa’s Silver Oaks residence in Gurgaon from Jaipur a few days ago. Her brother, Brigadier Vikram Nagpal, posted in Jammu and Kashmir, has also come to join the family in celebrations.
Overwhelmed by the number of people who had come for her, Deepa said she was honoured by the support and faith shown by people. “My gratitude to all for holding such a reception. I am thankful for the support and honour bestowed upon me by the nation,” she said outside the airport’s VIP lounge. 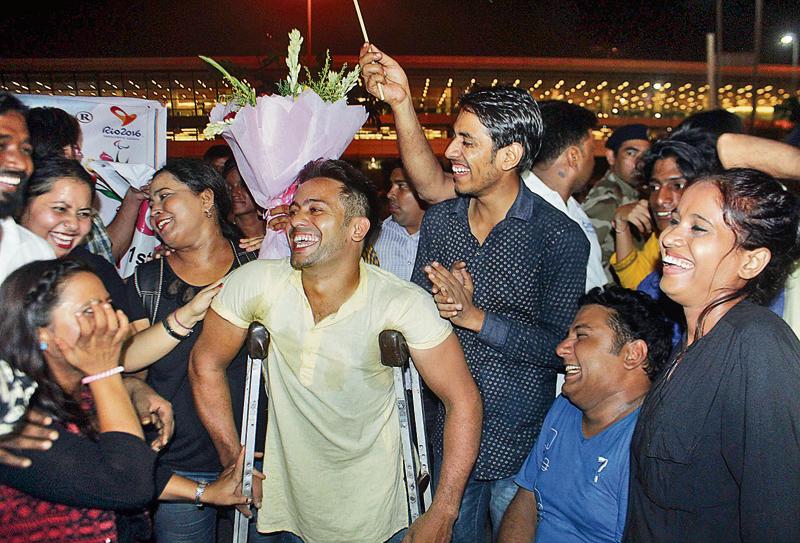 Deepa was received by the Haryana sports minister, who said her achievement proved that anything is possible if there is will power. “We have come here to celebrate the victory of the daughter of Haryana. This is a great victory,” he said.
Haryana’s director general for sports said, “We treat para athletes on a par with other sportspersons and all rewards will be bestowed on Deepa equally.” A grand felicitation programme is being planned for Deepa where she will be awarded a cheque of ₹4 crore by Haryana chief minister Manohar Lal Khattar.
Deepa’s elder daughter, Devika, who is pursuing sports psychology, said they were very happy with the victory and even more so by the tremendous response of the people and the government.
Deepa’s husband Colonel (retd) Bikram Singh Malik said her next target would be the para-world championship. “We are extremely happy and thankful to the people for such overwhelming response,” he said. A large number of people chanted slogans and called Deepa’s win an inspiration for everyone
You must log in or register to reply here.
Similar threads
Next Gurgaon mayor will be a scheduled caste woman
No work or cash, over 10,000 daily wagers leave Gurgaon
Operation Muskaan: Gurgaon cops ‘inflate’ child rescue numbers
Police ask commuters to avoid major roads today evening as Modi visits Gurgaon
Gurgaon: Woman dies after man stabs her multiple times at MG road metro station
Share:
Facebook Twitter Pinterest WhatsApp Link
Top