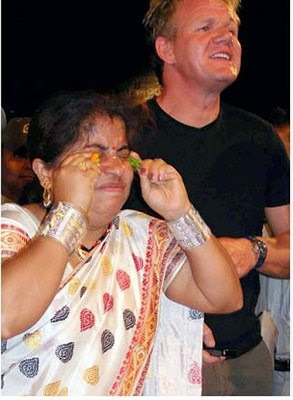 Anandita Dutta Tamuly smears ghost chilies, the world’s spiciest, in her eyes before gobbling them up during an attempt to enter the Guinness WorldRecords books, in Jorhat, India, April 9. British chef Gordon Ramsay is beside her. Organizers said the 28-year-old Indian woman ate 51 fire-hot chilies in two minutes. 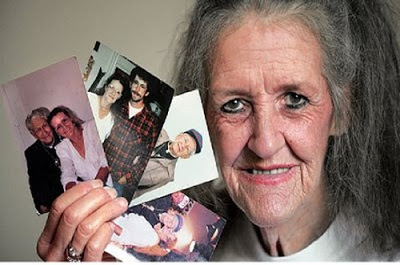 Linda Wolfe, 68, of Anderson, Ind., shows off photos of a few of her ex-husbands. Wolfe, who has been married 23 times and holds the title of world’s most married person, said in February that she’s lonely and would love to walk down the aisle again, according to the Chicago Sun-Times. 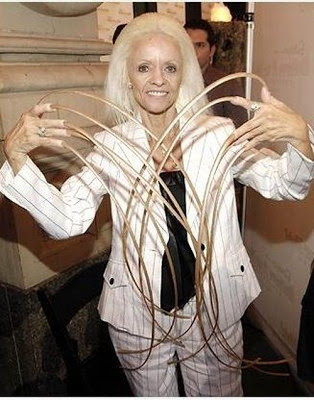 Lee Redmond’s record-length fingernails were broken in a car accident Feb. 10. The Utah woman’s nails, which hadn’t been cut since 1979, totaled more than 28 feet in length during a 2008 measurement. The longest nail, on her right thumb, was 2 feet, 11 inches. 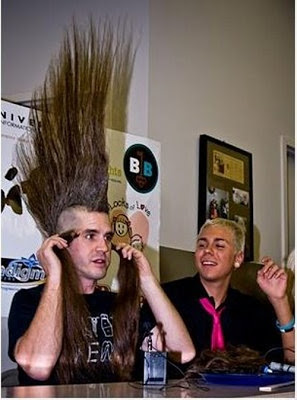 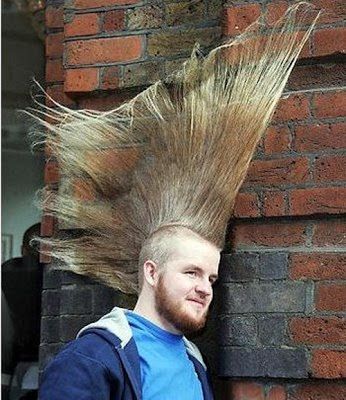 Previously, Aaron Studham of Massachusetts set a record for highest hair, at 24 inches. 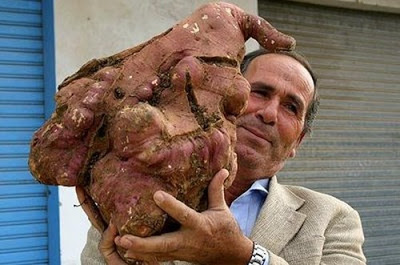 Khalil Semhat holds a giant potato he found on his farm near Tyre, Lebanon, for photographers on Dec. 6. He said he hopes the nearly 25-pounder will be a Guinness World Record. 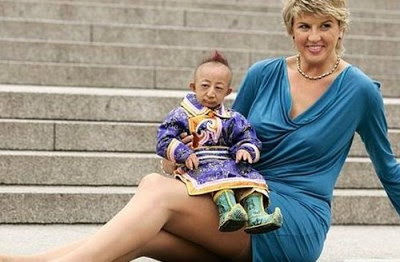 Russia’s Svetlana Pankratova, the world’s leggiest woman, poses with China’s He Pingping, the world’s smallest man, in London in September. Pankratova’s legs are 4 feet, 4 inches long. He stands at 2 feet and 5.37 inches tall. 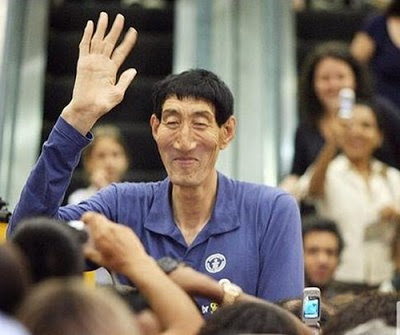 Last August, China’s Bao Xishun reclaimed the title of the world’s tallest man after Leonid Stadnik of Ukraine refused to be measured under new guidelines from Guinness WorldRecords. Bao is 7 feet, 8.95 inches. 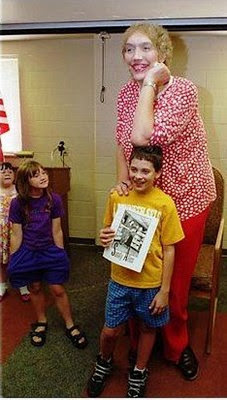 Sandy Allen, who was known as the world’s tallest woman at 7 feet 7.25 inches tall, died Aug. 13 at a nursing home in Indiana. Before her death, Allen had been hospitalized for several ailments. She was 53. 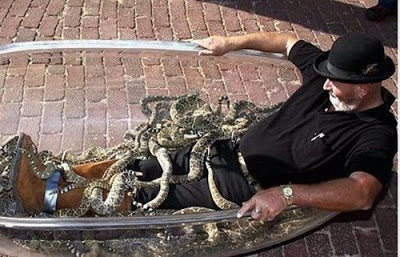 Jackie Bibby of Texas earned a Guinness title for sitting in a bathtub with 87 rattlesnakes. Bibby broke his previous record by 12 snakes. 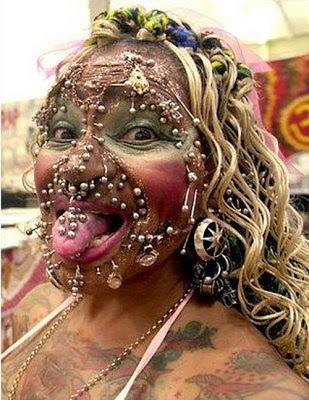 Elaine Davidson, a Brazilian who lives in Scotland, set the record for most body piercings at 4,250. 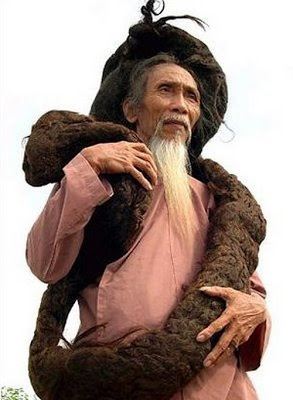 Tran Van Hay of Vietnam is thought to have the world’s longest hair, measuring over 20 feet, but it is unverified. He hasn’t had a haircut in more than 30 years. 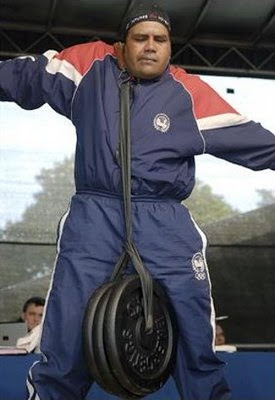 Jianhua once held the record for lifting the most weight with an ear, but he was surpassed by Pakistan’s Zafar Gill. Guinness recognizes Gill for picking up a 135.7 pound weight with his ear in 2007.​