Government To Be Blamed for Slow Connection Speed 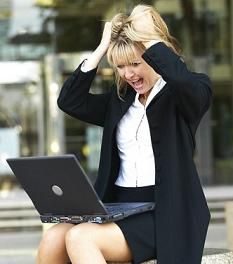 The article on Engadget explains what can possibly be the reason why the United States has such slow connections in some parts of the country.

Indeed, according to the article, lots of Europeans are paying less for faster broadband connections than American subscribers on average. And the reason for this trend is simple: the government.

A similar situation with the connection speeds was in the United Kingdom – poorer quality services, little competition, and high costs. However, it was only so until the government took the decision to force the incumbent industries to take part in “local loop unbundling” and push competition in to the Internet market, which allowed broadband speeds to rise and costs to fall.

The article in question also points out one of the most widespread reasons that broadband providers won’t allow users to have faster and better Internet speeds – the land mass excuse. However, the size of the United States may be just a red herring. In fact, most of the region between Boston and Washington, as well as the California coast between San Francisco and San Diego, are as densely populated as most of Europe, including the UK. All those areas are home to about 1/4 of all the US citizens, which means that the US is really a big country, but a lot of the country is relatively empty space.

So, the industry experts are sure that the argument that the country is too spread out is nonsense. In reality, the Verizon’s and AT&T’s opposition to competition at home is caused by their fears to lose. AT&T claims it supports competition, but warns that it can’t develop “one-size fits all” regulatory system to implement it everywhere. The excuse the company mentions is that more American homes have the option of buying broadband service from cable companies than British ones.

However, the researches carried out in the United Kingdom suggested otherwise, revealing that lots of homes in London have cable access, but its prices have fallen alongside that of DSL service. Worse still, the situation is absolutely the same in Canada, where 130kbps download speed and 60kbps upload speed for over $70 may be the norm. Meanwhile, by European standards, that’s almost unacceptable. At the same time, the governments of US and Canada are supposed to encourage competition on the market, but they just won’t.
You must log in or register to reply here.
Similar threads