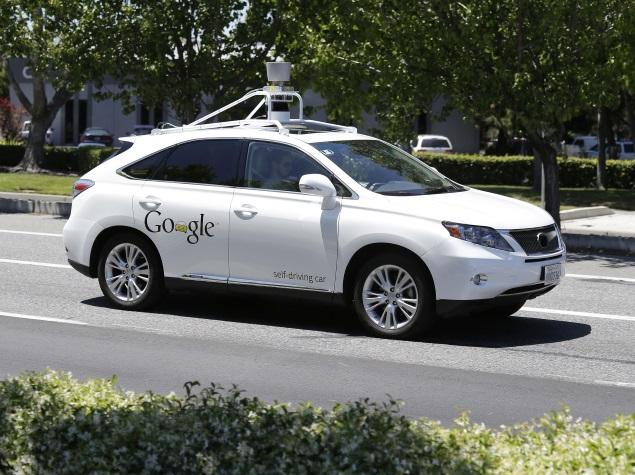 Google on Monday said that even self-driving cars that can sense and react faster than humans still wind up in accidents."We've been hit from behind seven times, mainly at traffic lights but also on the freeway," Chris Urmson, the head of Google's autonomous car program, said in an online post.
"We've also been side-swiped a couple of times and hit by a car rolling through a stop sign."
Google self-driving cars, of which there are now more than 20, have been in 11 minor accidents in the six years since the project began but they didn't cause any of the crashes, according to Urmson.
None of the accidents involved injuries, Google said.
Google self-driving cars, which have "safety drivers" at the wheels to take over when deemed appropriate, have logged some 1.7 million miles, according to the California-based Internet titan.
"Even when our software and sensors can detect a sticky situation and take action earlier and faster than an alert human driver, sometimes we won't be able to overcome the realities of speed and distance; sometimes we'll get hit just waiting for a light to change," Urmson said.
"And that's important context for communities with self-driving cars on their streets; although we wish we could avoid all accidents, some will be unavoidable."
Google's fleet of self-driving cars are averaging approximately 10,000 autonomous miles weekly, mostly on city streets.
"All the crazy experiences we've had on the road have been really valuable for our project," Urmson said.
"We have a detailed review process and try to learn something from each incident, even if it hasn't been our fault."
He recounted self-driving car experiences that involved people-driven vehicles heading straight into oncoming traffic or turning hurriedly from wrong lanes.
"These experiences (and countless others) have only reinforced for us the challenges we all face on our roads today," Urmson wrote.
"We'll continue to drive thousands of miles so we can all better understand the all too common incidents that cause many of us to dislike day-to-day driving."
Non-profit organization Consumer Watchdog called for Google to release reports of accidents involving driverless cars in California so people can decide for themselves whether to trust the technology.
"Unbelievably, Google is planning to offer its robot cars without a steering wheel, brake pedal or accelerator so there would be no way for a person to take control in an emergency," Consumer Watchdog president John Simpson said in a letter to Google.
"That plan underscores the need for the public to know the full details of all accidents."
Accident reports are considered confidential by the California Department of Motor Vehicles.

Re: Google's Self-Driving Cars Involved in 11 Accidents So F

not for indian roads