Google plus The Complete Reference

Already using Google+? Follow Digitalvilla for the latest about the Google plus new features,Tutorials as well as our top social media and technology updates.

Google+: It’s the hot social network on the block. In just three weeks, Google’s competitor to Facebook and Twitter has amassed more than 10 million users, and its users are sharing more than 1 billion pieces of content daily. It’s become a hotbed for early adopters, tech luminaries, marketers and businesses around the world.

Google+ isn’t the easiest thing to understand, though. It has a lot of features that can confuse beginners. Even advanced users can miss a lot of the little gems and nuances that define Google+.

That’s why we decided to dig into every aspect of Google+, from Hangouts to Circles, from Google+ for businesses to what’s next for Google’s social network. The result is an extensive guide on all of Google+’s key features, as well as an introduction to the service and the important things you need to know about it. We’ve included commentary, videos, photos and more in our in-depth guide. In addition, we will update this guide regularly with the newest information on Google’s Facebook competitor.
What Is Google+?
Google+ is the search giant’s latest attempt to create a social network that rivals Facebook. Google launched Google+ on June 28, 2011 with a private beta. The project was led by Vic Gundotra, Google’s SVP of social.
The social network is a collection of different social products. These features include Stream (a newsfeed), Sparks (a recommendation engine), Hangouts (a video chat service), Huddle (a group texting service), Circles (a friend management service) and Photos. We explain all of these features later in this guide. More features such as Games and Questions are expected to launch in the near future.
Google chose the name Google+ because it wants Google+ to be “an extension of Google itself,” Gundotra explained to days before the launch. It’s designed to be an improvement to all of Google, which is why the company also decided to change the iconic Google navigation bar to include a link to a user’s Google+ profile, as well as a new icon that displays how many notifications a user has received, much like how Facebook handles notifications.
This isn’t Google’s first shot at dominating the social space. It has a long history in social media, including Orkut and its biggest success in social, YouTube. However, it’s had two very big flops in social: Google Wave and Google Buzz.

ScreenShots-Some Views From My Gallary
This gallery will provide you with a quick overview of what Google+ looks like. Keep reading this Click one of these Pics And Play as slideshow- 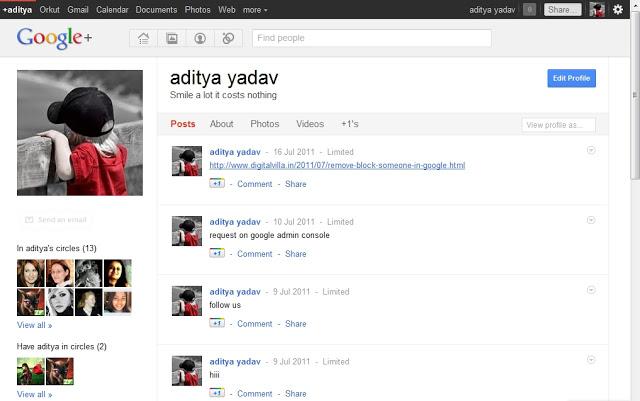 Profile For Google Plus- 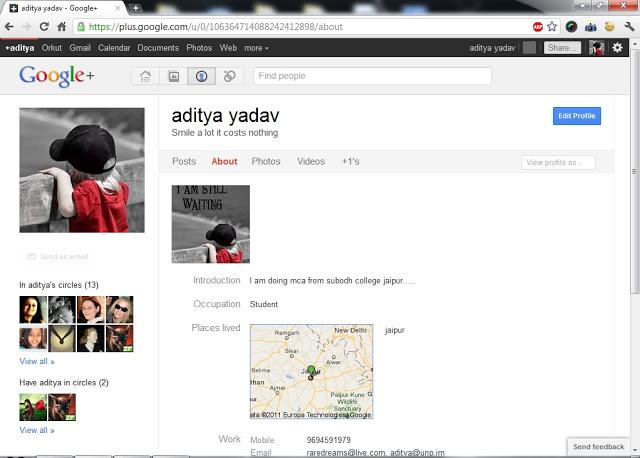 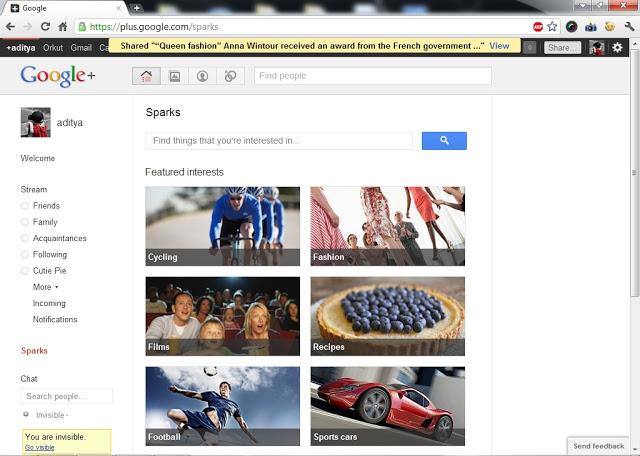 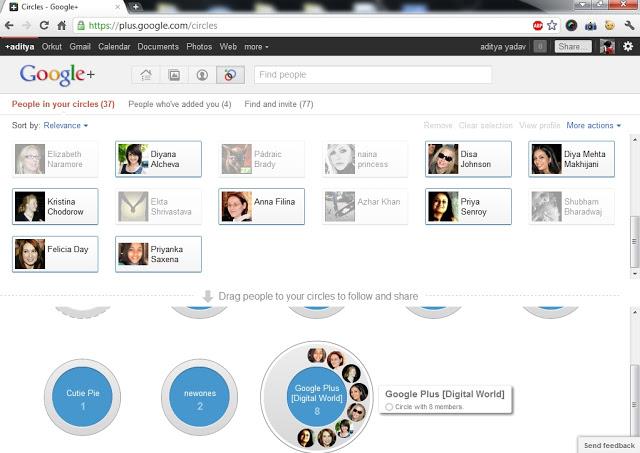 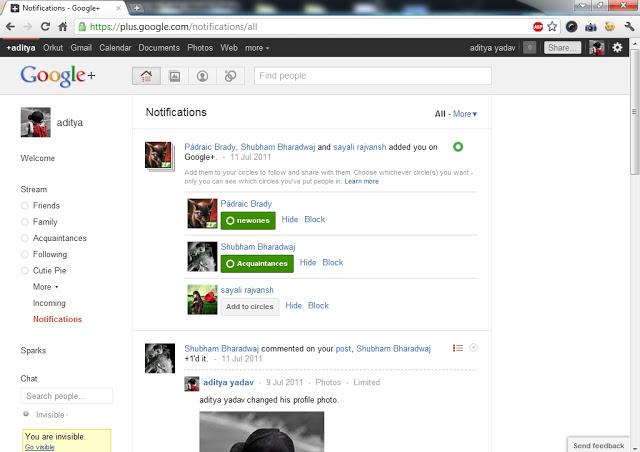