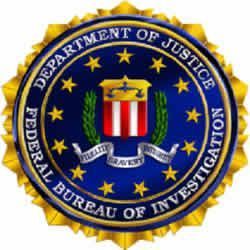 After a cross-country FBI raid conducted last week, there emerged too many doubts that the raids had any impact on Anonymous. For example, today the second target of the raids has claimed he wasn’t a hacker – moreover, he barely even knew how to turn a PC on.

Just the day after the raids, one of the targets was identified – Scott Matthew Arciszewski, who appeared to be not a hacker at all, with the only evidence against him being the comments about Infragard security publicly left by Arciszewski. This case fueled suggestions that the targets of the FBI raids appeared to be just script kiddies.

Another report proving these speculations emerged today – another individual affected by the FBI raids has come forward. Garrett Deming, a 25-year-old singer in a band, was targeted together with his roommates in the FBI probe. The only problem is that Deming isn’t really a hacker at all, as he admitted he could barely turn his computer on. In fact, any of the computers in their room were used for band promotion stuff. The reason why they have been affected by the raids is that their Wi-Fi was hacked.

The musicians were living in a loft for a year, but moved to another apartment a few weeks ago. The current tenant had to sleepily answer a half-dozen armed agents who knocked at his door 6:15 am, looking for the musicians. They asked Meaghan Ralph, 21, about Wi-Fi and whether he had been stealing the Internet. Nice questions at night, Ralph must have been very pleased with the visit.

In other words, the industry can forget script kiddies, as some of the targets that the authorities were apparently netting had no idea about hacker activities of Anonymous and even barely knew how to turn the computer on. Another attempt to catch someone relating to Anonymous seems to fail. Moreover, this case reiterates the problem that the industry observers were constantly pointing at – that it is nearly impossible to connect an IP address to a real person responsible for copyright infringement. Meanwhile, this issue is exactly what people advocating for “three-strikes” legislation in many countries are all too willing to forget: wrong individuals will be accused either for copyright violation or for alleged hacking activities.