Elephant dies after eating from field sprayed with pesticides 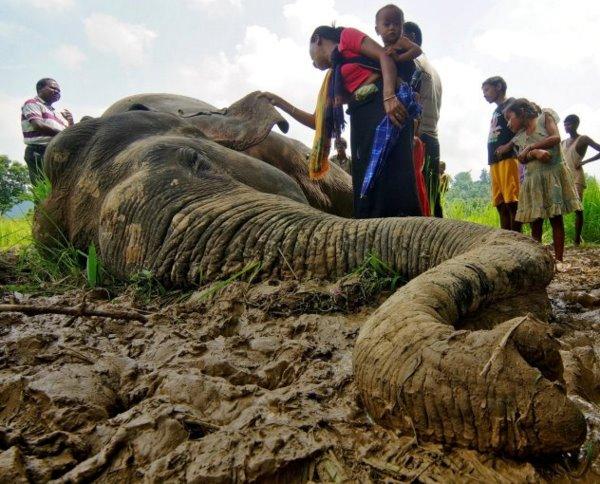 A woman touches the carcass of a male elephant

An elephant has died after eating from a field that had been sprayed with pesticides.
The male animal’s body was spotted on Saturday in Nagaon district of the northeastern state of Assam, India.
A picture showed him lying on his side on muddy grass, with a crowd of people watching on.
Forest officials think he had eaten some rice from a paddy field that was contaminated. 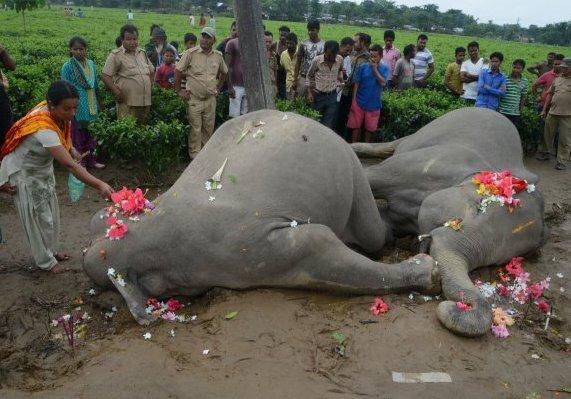 An Indian villager puts flowers on the body on female elephants


Another two female elephants were electrocuted to death at Kiranchandra Tea Garden, on the outskirts of Siliguri.
A touching image showed an Indian villager putting flowers on their bodies after they were found near an electricity pole.
You must log in or register to reply here.
Similar threads