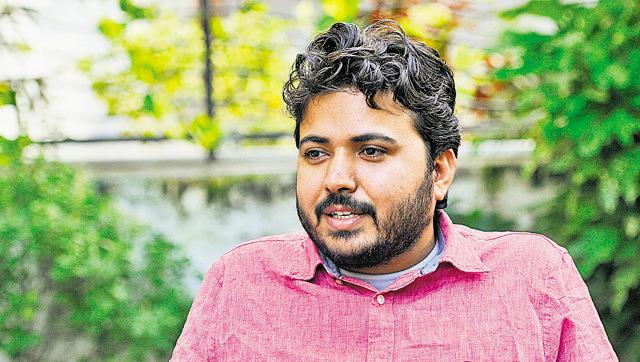 Che Guevara is on a wall of the drawing room where he sits. The South American revolutionary is also the cover of his Twitter and Facebook accounts. Durgesh Pathak, at first impression, is more a 20-something wide-eyed activist than a politician. But a politician he is now, virtually calling the shots so far in Punjab for the Aam Aadmi Party (AAP), at a time when it has national ambitions too. Next to Che’s is a portrait of AAP supremo Arvind Kejriwal. Pathak believes AAP is a “revolution”, and talks in a measured tone.
But times have changed fast over the past month. Used to being away from focus, he is now under the limelight as the AAP’s head for organisation-building, being blamed for the organisation’s disintegration in Punjab. He and party’s state in-charge Sanjay Singh, both from Uttar Pradesh, are being termed “outsiders” in the debate over Punjabis being “sidelined”.

Pathak says, when he first came to Punjab on April 15 last year for survey, there was “no coordination, a lot of infighting”. “We needed a complete revamp.”
That organisation is what Sucha Singh Chhotepur, the now-sacked state AAP chief, says was a “robust” structure that he built.

Pathak switched from having district in-charges to having 13 Lok Sabha constituencies as zones and their observers. “Those 13 were from the team that came with him from Delhi,” says a Bathinda AAP leader, “Under them were zonal in-charges, some of them Chhotepur loyalists. And a tussle started as Chhotepur loyalists too wanted to retain grip.” Pathak also put in place 39 sector observers (one for three assembly seats) who reported to him. 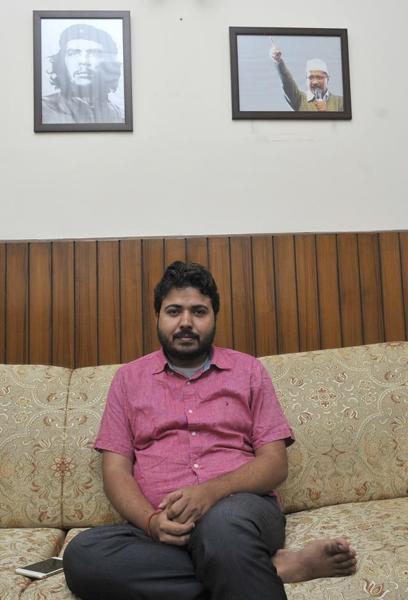 The observers-versus-locals, Delhi-versus-Punjab disquiet blew up after the reported sting operation of Chhotepur’s taking unaccounted cash and his removal. “Pathak believed the party was being run by scoundrels... He told people not to let local in-charges become powerful. ‘If anything needs to be done, let the Delhi team know,’ was his message,” Chhotepur alleges, saying the sting shows “nothing wrong”. Pathak, he says, draws power from proximity to the party chief: “Only Kejriwal and Durgesh matter!”
The last time Pathak got positive attention was when he turned 28 this August 3, and ‘Happy Birthday Durgesh Pathak’ was one of the top India trends on Twitter. Many called him the “next Kejriwal”. That was the time when he was at a Vipassana meditation centre in Himachal with Kejriwal; as the only AAP leader with the boss there.

‘Outsider, who?’
After that, the party’s 32 candidates were announced. Next, Chhotepur was ousted. Other fronts, one led by Navjot Sindh Sidhu, whose talks with the AAP did not bear fruit, have since emerged.
But Pathak, who says he won’t comment on individuals, retorts: “Who is an outsider? The candidates are all Punjabis, not from UP and Bihar! And they are the ones who will become MLAs.”
He adds: “Tough decisions have to be taken... Mahatma Gandhi’s move to withdraw the Non-Cooperation Movement in 1922 (after violence by freedom fighters in Chauri Chaura) was also criticised. He stuck to his principles.”
Many call him a “control freak” and others allege he takes “Rs 5 lakh for a meeting”. He is also called “anti-Sikh” by former AAP leader Hardip Singh Kingra, who had left the party after being denied a ticket. Accessibility is also cited as an issue.
“Disgruntled people can say anything,” responds Pathak. “Prove any of the allegations, and I will quit politics!”
Sanjay too defends him, “The main reason he is the focus of all negativity is that he set up the organisation in Punjab. Those who could not find a place turned against him and started levelling allegations. It is but natural
that someone has to take harsh decisions and face personal enmities.”

Quick rise
A native of Sikohara village in Gorakhpur, Pathak says he is from a “well-to-do family, with over 40 acres of land”. When he first came to Punjab he and 8-9 others stayed in a three-room flat rented by the party in Ludhiana: “We put mattresses on the floor.”
With an MA in English from Allahabad University, Pathak shifted to Delhi in December 2010 to try for the civil services. Early 2011 saw the Anna Hazare movement — from which AAP emerged — peaking; he got involved. For own expenses, “as self-commitment”, he did not want to bother his father. He did home tuitions, earning Rs 16,000 a month, and later stayed “in a house rented by the party.”
On his left-behind “IAS dream”, he says, “I could have got corrupt, or been rendered inefficient by the system.”
From distributing pamphlets, he progressed to being in-charge of 10 of 70 segments in the 2013 Delhi polls. “We won seven of those.” He managed part of Kejriwal’s Varanasi campaign against Narendra Modi in 2014. Lessons from the 49-day Delhi regime and the Lok Sabha polls were “tough”. “But the core team was intact, and that gave us strength,” he says, adding that “working as a team is important”.
In 2015, he was in-charge of 35 of 70 seats in Delhi, of which AAP won 34. Through the expulsion of Yogendra Yadav and Prashant Bhushan from the AAP, he stuck with Team Kejriwal.
Next, he was sent to Punjab.
When the party won all its four Lok Sabha seats in Punjab, he says, he was not “very familiar” with the base here. He toured the state for 50 days and in July 2015 appointed the observers.

On way out?
A conscious attempt to stay in the background is acknowledged about him, as also his loyalty to the party and Kejriwal. “Politics is about putting your image on the line. Without that, revolution does not come. Arvind is hated extremely by a section, and then loved immensely by another,” he says. Is Arvind like Che? “He is even bigger because, unlike Che, Arvind is non-violent and believes in democratic principles.”
Lately, when he is not travelling, he is at party leader Himmat Singh Shergill’s house in Sector 16, Chandigarh. In between, he has been to Goa too where polls are likely along with Punjab.
“He wanted to replicate the Delhi model in Punjab as it was grand success,” says a former AAP intellectual wing member who is now with a breakaway group, “But Punjabis were clear they had given the AAP its only seats. That was the feeling that needed to be tapped.”
Pathak does not think early declaration of candidates brought a storm: “Most AAP candidates are from humble backgrounds, relatively unknown. They need time for even name-recognition.”
About Punjab and AAP as such, he says, “Usually, people go for a revolution, while here the revolution has called us.” He underlines Punjabis being “emotional and very honest”.
But, now, will he be sent out of Punjab to calm the storm? “Main yahin hun (I am very much here). I am not going anywhere!”​
You must log in or register to reply here.
Similar threads
Punjab News Sunny Deol 'ਤੇ Himanshu Pathak ਦਾ ਵੱਡਾ ਖੁਲਾਸਾ
Punjab News ਚੋਣ ਪ੍ਰਚਾਰ ਕਰ ਪਰਤ ਰਹੀ aap ਵਿਧਾਇਕਾ ‘ਤੇ ਹਮਲਾ
Punjab News Bathinda ਤੋਂ 'AAP' ਉਮੀਦਵਾਰ Baljinder Kaur 'ਤੇ ਹਮਲਾ!
Punjab News 'AAP' ਦੇ ਇਕ ਹੋਰ M.L.A ਨੂੰ ਪਸੰਦ ਆਈ Congress
Punjab News Congress ਨਹੀਂ AAP ਨੇ ਖੁਦ ਤੋੜੇ ਆਪਣੇ ਸਾਥੀ : Jakhar
Share:
Facebook Twitter Pinterest WhatsApp Link
Top