A huge tornado funnel cloud touches down in Orchard, Iowa, Tuesday, June 10, 2008 at 9:04 p.m. The Globe Gazette and Mitchell County Press News reported that Lori Mehmen of Orchard, took the photo from outside her front door. Mehmen said the funnel cloud came near the ground and then went back up into the clouds. Besides tree and crop damage, no human injuries were reported
​ 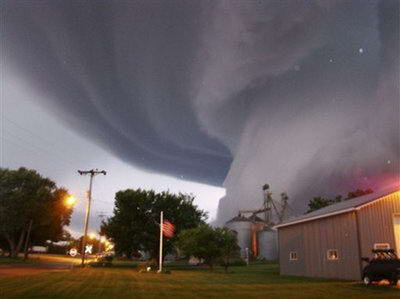 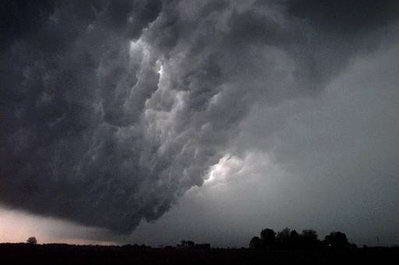 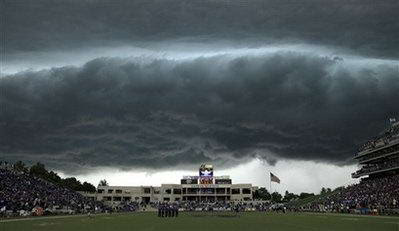 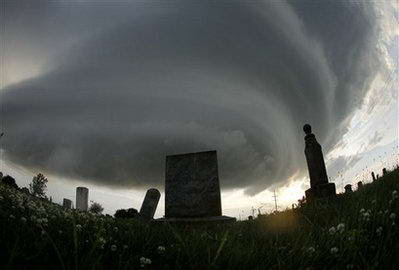 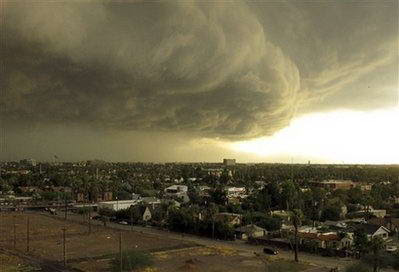 Eye of Hurricane Earl is seen
​ 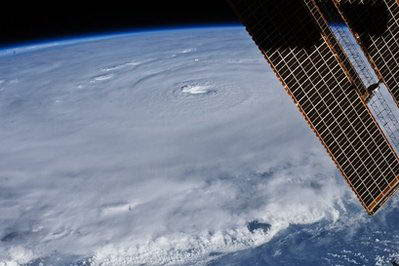 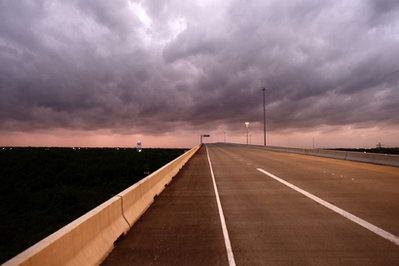 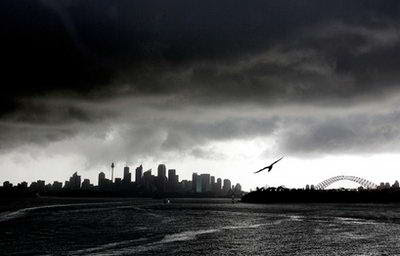 Storm develops over skies of Bangkok on eve
​ 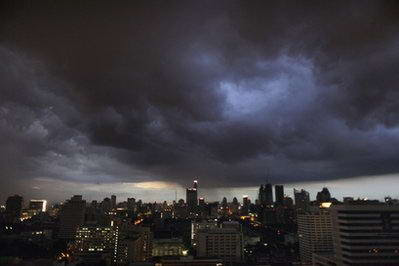 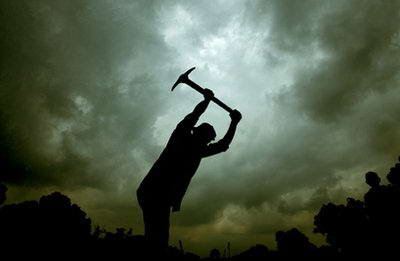 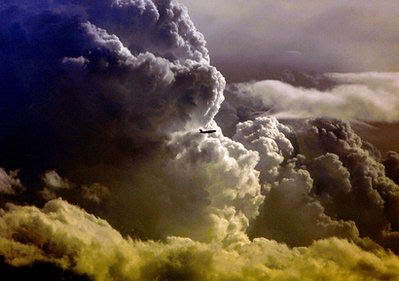